ERIKSSON VON ALLMEN: I worry about the future of U.Va. athletics

There is always a cost, and the cost matters

Developing and maintaining successful collegiate sports teams takes away from the academic environment of the university.

On April 1, 2019, the University embarked on the first phase of its athletics master plan — a $180 million project to upgrade athletic complexes, including the construction of a football operations center, an olympic sports center and three natural grass practice fields. When first hearing about the master plan, I was shocked at the sheer amount of money being poured in to support 750 student-athletes, who represent less than four percent of the student body. The fact that this project is completely funded by donor contributions shows just how dedicated our Cavalier fans are and just how much we consider sports to be a central part of the University experience. "The facilities master plan is our path forward" athletics director Carla Williams said. It seems that the master plan represents a part of a larger transformation of the University’s sports programs — and it worries me. Time and time again, we see that NCAA sports and college academics don’t work well together. Ultimately, developing and maintaining successful collegiate sports teams takes away from the academic environment of the University in a way that is unfair to the entire student body — athletes included.

The fundamental purpose of a university like U.Va. is education. Yet, as universities begin to prioritize sports more and more, this purpose becomes skewed. Colleges with strong sports teams have become stepping stones for top-level athletes to make it to the professional level. In cases like this, the stadium becomes more important than the classroom.

"The first thing I always ask recruiters [is] what do you want to be when you grow up," new pitching coach Drew Dickinson said in an interview posted to the U.Va. baseball team’s Instagram page. "The answer better be Major League Baseball player. Because if it's not, I'm gonna move on.” The expectations set by coaches put tremendous pressure on athletes to place their bets on a highly-unlikely career path and it undermines the educational purpose of the University. There is little incentive to excel at academics besides maintaining the minimum GPA required in order to play. The academic atmosphere of the school diminishes as a result.

The master plan, described as the “new standard for Virginia Athletics,” is a way to attract highly sought-after athletic recruits who would otherwise choose more-established athletic departments at other schools. Some may view this as a good thing. Especially at U.Va., the success of the men’s basketball team last year has been a continual source of pride for students. But there is always a cost — and the cost matters.

The Mellon Foundation’s report "College and Beyond” found that recruited athletes “with lower academic credentials get admitted at four times the rate of non-athletes.” Even more, Gerald Gurney, a professor at the University of Oklahoma, collected data on the student-athletes at his university. His results showed that about 10 percent of student-athletes at the University of Oklahoma read below a fourth-grade level. Moreover, most schools have between seven percent and 18 percent of revenue-sport athletes who are reading at an elementary school level. It is unethical for a university to accept a student who is so under-qualified. As Gurney himself stated, "College presidents have put in jeopardy the academic credibility of their universities just so we can have this entertainment industry.”

Additionally, the consequences can be devastating if such an under-qualified athlete suffers an injury. Kadence Otto, a former professor at Florida State University, recalled one situation where an academic support tutor would call every week to check up on a student athlete who could not read or write. However, after a career-ending injury, he stopped meeting with his tutor. Eventually, he also stopped going to class as well.

While the University boasts that its student-athletes had a Graduation Success Rate of 92 percent in the most recent report of data from the NCAA, this statistic holds little significance. Did these graduates learn anything? Have they developed the skills needed to be successful beyond the sports field? These are the questions that ultimately matter.

The only other statistic which the NCAA shares is the Academic Progress Rate. The APR measures how well a school's athletic team retains its student-athletes, and how well these student-athletes are meeting GPA requirements. The most recent data, from the 2017-2018 school year, shows that seven out of the 23 sports teams at U.Va. had a lower APR than the average for Division 1 schools. U.Va. is doing worse than many of its counterparts in ensuring that athletes are performing well academically.

I hope that this master plan not only ensures a “new standard” for athletics but also entails a new standard for academic performance — one that helps student athletes and preserves the academic reputation of the University.

Esther Eriksson von Allmen is an Opinion Columnist for The Cavalier Daily. She can be reached at opinion@cavalierdaily.com. 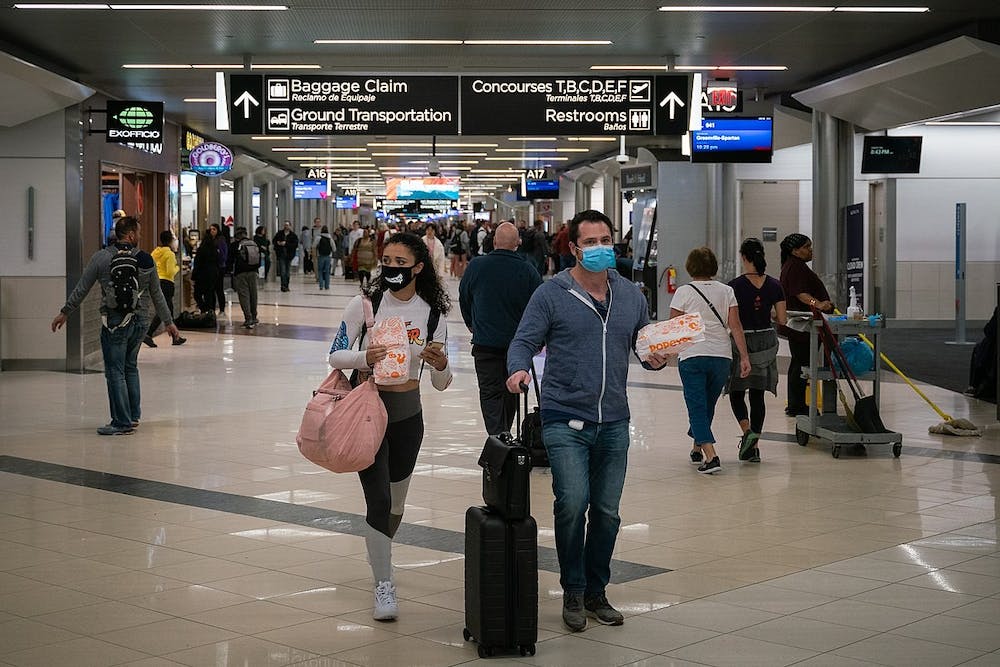