STRIKE: The role of student self-governance in the fight for racial justice

Predominately white and wealthy student organizations, many with dark histories of racism and injustice, must actively support anti-racist efforts

Student self-governance is at a watershed moment. Amid the fallout of the murder of George Floyd and ensuing global protests, many student organizations have been raising awareness for police brutality, collecting or matching donations for racial justice organizations and instituting internal reforms to increase equity in their ranks. Despite a swift and positive response from many organizations, other historically white and wealthy organizations have remained relatively silent or inactive. Given the context of the University’s history, such organizations have no choice but to be actively anti-racist and use their monetary and physical resources such as alumni networks, social media and educational materials to promote equity in society.

Some of the University’s richest and least diverse organizations have already stated their solidarity with the Black University community and announced their intended action items. The Cavalier Daily published a list of resources, educational materials and suggested funds for donations. Student Council issued a press release of its racial justice goals and announced a donation to the local chapter of the NAACP, and the University Guide Service announced a number of reforms to make its organization more inclusive and better tell the history of the Black University community. These efforts are by no means the end of the fight, but they represent good-faith racial justice efforts by some of the University’s richest and whitest groups.

Other organizations, however, have remained silent. Despite having one of the strongest alumni groups and biggest endowments — and notorious issues with the equity of its system — the Honor Committee has yet to announce any action. Honor’s single sanction is one the most racially inequitable practices at the University. Students of color have been continuously expelled at disproportionate levels. The Committee’s Bicentennial Report admitted that between 1987 and 2000, one third of students expelled via the single sanction were Black, despite Black students only making up 10 percent of the overall student body. The 1998-99 academic year was one of the most disproportionate — only three percent of Honor reports were against Asian, Black and Latinx students, yet 63 percent of expelled students were of color. The Dean of African-American Affairs at the time, M. Rick Turner, was quoted as saying, “If [those numbers are] not telling of a system that is biased and needs monitoring, nothing else can tell you that.”

Agency organizations — like Honor — are tasked with carrying out some of the University’s legal obligations, and have the power to enact change in their organizations mostly independent of administrative interference. It is unfathomable to me that Honor has not publicly addressed current events or announced preliminary plans to address the ongoing injustice in its system.

Perhaps the worst response from any student organization is that of the Jefferson Literary and Debating Society, which has, for over a week now, been rife with internal debate — with both students and alumni involved — over its response to the death of George Floyd and ongoing protests. The organization’s executive board failed to take any swift action, and even when faced with demands from a group of current members and alumni of color, failed to immediately donate some of the liquid $25,000 it has on-hand. While the organization has announced plans to use $13,000 of its funds in a matching campaign in the fall, its executive board has refused immediate monetary action by invoking Robert’s Rules of Order and arguing the organization lacks quorum to proceed with budget changes while the University is in summer recess.

This may come as a shock to the members of the University’s most notorious parliamentary organization, but your college club budget guidelines and Robert’s Rules of Order are infinitely insignificant when compared to the current socio-political situation, racial justice and George Floyd. It is absolutely fascinating, yet unsurprising, to watch one of the University’s oldest organizations — with a nearly unparalleled history of racism for a college club — horde its wealth under the guise of parliamentary procedure technicalities. While the organization — after extraordinary public and internal pressure — has also announced many non-monetary reforms, its failure to act swiftly and its snarky response to criticism cements its place as a tone-deaf and out-of-touch organization. It appears to me as if the Society’s executive leadership is questioning whether or not Black lives really do matter enough to suspend parliamentary procedure or ignore quorum requirements, and it is truly sad to watch.

Greek life organizations are similarly marred by this inaction and implicit racial bias. Historically, Greek life at the University has been notoriously homogenous and wealthy. While some Greek organizations have taken action — Tri Sigma announced it would match donations to the Albemarle-Charlottesville of the NAACP up to $1,000, and Phi Sigma Pi announced it had raised nearly $50,000 for racial justice organizations over the course of two days — a majority have done scant more than an Instagram post or two. Tri Sigma and PSP have set the standard for their peers in the Greek life system, and the wealthiest chapters should take note.

Every student organization at the University — from club sports, to cultural groups, to self-governance institutions, to secret societies or Greek life — has a moral obligation to engage in some form of racial justice work. We, as students of the University, hold our meetings in buildings erected by enslaved laborers, built on top of razed Black neighborhoods, or named after slave owners and eugenicists. We walk to class on land stolen from Native Americans and look out our dorm windows to see a Confederate cemetery and monuments to Confederate Civil War generals. For those of us in organizations with histories dating back through the Civil War and Civil Rights Movement, we carry the legacy of racism and hatred left for us by our predecessors. No student and no organization has the privilege of silence on the issue of racial justice — we all have the duty to act. Anyone who dares to argue otherwise is not only preserving the hegemony of racism at the University but stands directly in the path of civil progress.

I’ve previously written to argue that students must engage in acts of civil disobedience against the University administration to preserve our right to self-governance. That same right, which has persisted for centuries, calls on us to act in times of injustice and to stand in solidarity with our Black peers. White and wealthy student organizations cannot, morally, remain silent and inactive.

Noah Strike is an Opinion Columnist for The Cavalier Daily. He can be reached at opinion@cavalierdaily.org.

KOTHARI: Prolonging the lockdown will exacerbate the impact of COVID-19

While stay-at-home orders were originally adopted to slow the spread of the virus, these orders overlook their original purpose, and will ultimately cause more death and hardship than the virus itself.

WILLIAMS: On finding our own words

Our community needs for us to search for our own words, and choose our own actions, here and now … and not merely apply historical prose, like balm, to a current wound. 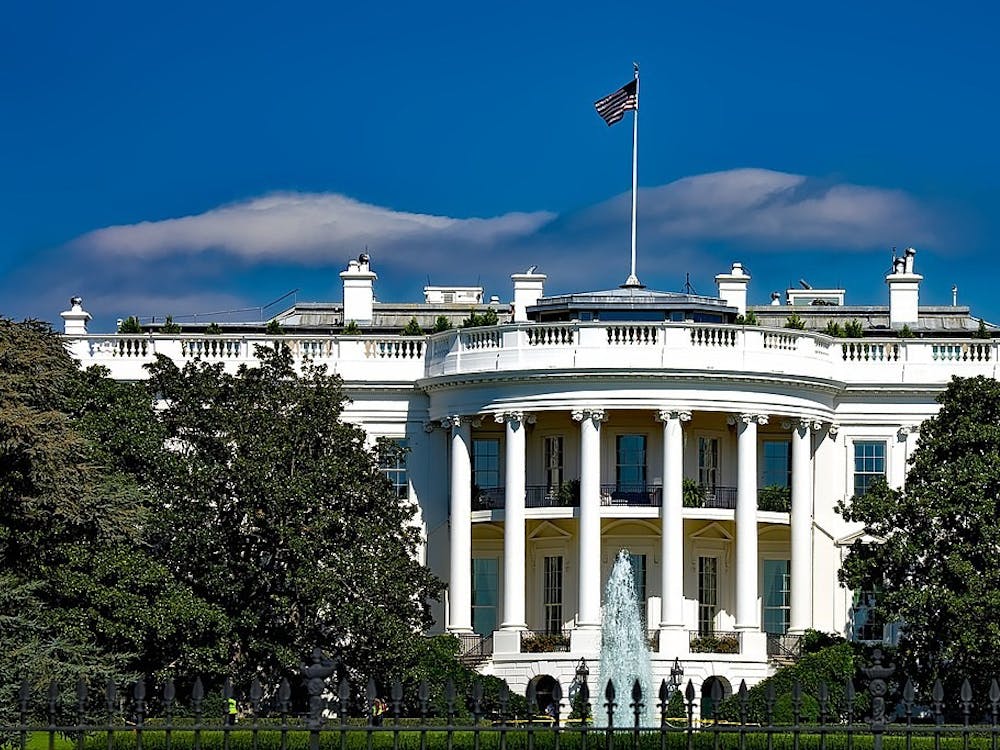 SIEGEL: The slaughter of democracy

For years, the Republican Party has worked on a plot to undermine American democracy.