Despite the numerous challenges the COVID-19 pandemic has brought upon the University, Williams and Mendenhall remain hopeful for a fall sports season

Following weeks of discussion between football Coach Bronco Mendenhall, Athletics Director Carla Williams and other University leaders, members of the Virginia football team returned to Grounds July 5 for voluntary workouts. While two student-athletes tested positive for COVID-19 out of the 110 tested upon arrival, Williams remains cautiously optimistic about the return of college athletics come September.

“The football players are excited to be back on Grounds,” Williams said in an interview with VirginiaSports.com. “I was there on [July 5] when they were doing the testing, and you could just feel the buzz and excitement in the air. There’s a nervousness too because there are just so many unknowns. Everybody feels good about football and what needs to happen with football, but there are unknowns related to the virus that cause consternation.”

Despite the uncertainty, Williams has remained committed to transparency between Virginia Athletics, the families of student-athletes and the greater public. While some teams — like 2020 College Football Playoff semi-finalist Ohio State and 2019 MAC champion Miami (Ohio) —  have declined to release COVID-19 testing data as their players return to practice, Williams cited public safety as a major driving force for Virginia’s openness.

“[Mendenhall and I] felt like it was important for the overall success of college athletics, even if we aren’t getting all of the information in our industry, for us to be transparent and to release the numbers, so that health professionals would know and folks in college athletics that are making policy decisions would know as well,” Williams said.

Understanding the uncertainty surrounding coronavirus, Mendenhall took a conservative approach in deciding when to start voluntary workouts, beginning just a week-and-a-half before July 15 — which the NCAA identified as the first day teams can commence mandatory activities. Other schools — including in-state rival Virginia Tech — started voluntary workouts in early June.

“We really tried to bump up our return as close to required activities as possible knowing that — and trusting that — our players would behave responsibly [and] maturely, would train appropriately, [and] be with their families in a time that they wouldn’t normally have,” Mendenhall said.

This recognition of unpredictability has extended to football workouts themselves as players are required to socially distance and wear a mask or neck gaiter both during workouts and in dorms. Furthermore, the dorms have only one entrance and one exit checkpoint, which is monitored by a staff member after hours. Due to the size of the team, players are still required to share rooms, but with teammates who they will continue to live with during the school year.

At the McCue Center — where student-athletes have meetings, receive treatment and lift in the weight room — a series of screening checkpoints has been devised. Student-athletes are required to complete a questionnaire and have their temperature checked daily. If a player’s questionnaire responses and temperature are deemed appropriate, he receives a wristband that is specific to the day of entry. Following each weight training session, the whole weight room is sprayed down and deep cleaned.

“It’s a giant operation we have going,” Mendenhall said. “Our support has been amazing. We’re adjusting as we go. It’s [taken] a lot to [get to] this point, but I’m really encouraged by the people we have and the effort that they’re putting in.”

Additionally, as athletics programs maintain a slow crawl towards a fall sports season, the financial burden the pandemic has placed on universities cannot be understated. Facing a potential $70 million deficit, Stanford, which has won more Division I national championships than any other university, cut 11 of its 36 varsity sports. Beyond Stanford, numerous schools across the country have had to take similar measures, including Old Dominion, which ended its wrestling program. Williams indicated that the University’s athletics department expects to face a 15 to 30 percent budget shortfall, even if the basketball and football seasons are played without interruption.

“We’ve been very, very careful with the budget because of the uncertainty,” Williams said. “We’ll know more over the next few weeks, because if we’re not able to play the fall sports, or fall sports somehow get pushed to spring, then, as you can see around the country, a lot of schools have had to take some drastic measures … Seeing what’s happening is really, really tough.”

Following the ACC’s decision to suspend Olympic sports until Sept. 1, the recent decisions made by the Pac-12 and Big Ten to restrict fall sports to in-conference play and the Ivy League’s suspension of fall sports entirely, a normal fall season for the Cavaliers is still very much in the air. In fact, there have been reports that the ACC is considering canceling non-conference football games among other options for the upcoming season. Mendenhall is in support of a conference-only schedule for Virginia football, which would impact four games, citing the ACC’s ability to standardize screening and contact tracing protocols. In terms of the season’s length, Mendenhall added that a football season with fewer than eight games would be “hard to justify” — Virginia’s current schedule includes 8 in-conference games.

“I am in favor of [a conference-only schedule],” Mendenhall said. “By playing teams only in our region, only in our conference, we have a better chance to have standardized protocols in terms of testing. Anything that reduces travel … and keeps our players safer, I’m for that.”

Regardless of what decisions are made about the 2020 fall sports season, Williams and Mendenhall are committed to providing a safe learning and playing environment for student-athletes.

While the University would prefer people gathering outside to inside, student behavior sometimes does not align with administrative expectations.

By Zach Rosenthal | 18 hours ago

According to the dashboard, there were an average of seven cases per day last week, including the newly reported positive test results from the weekend. 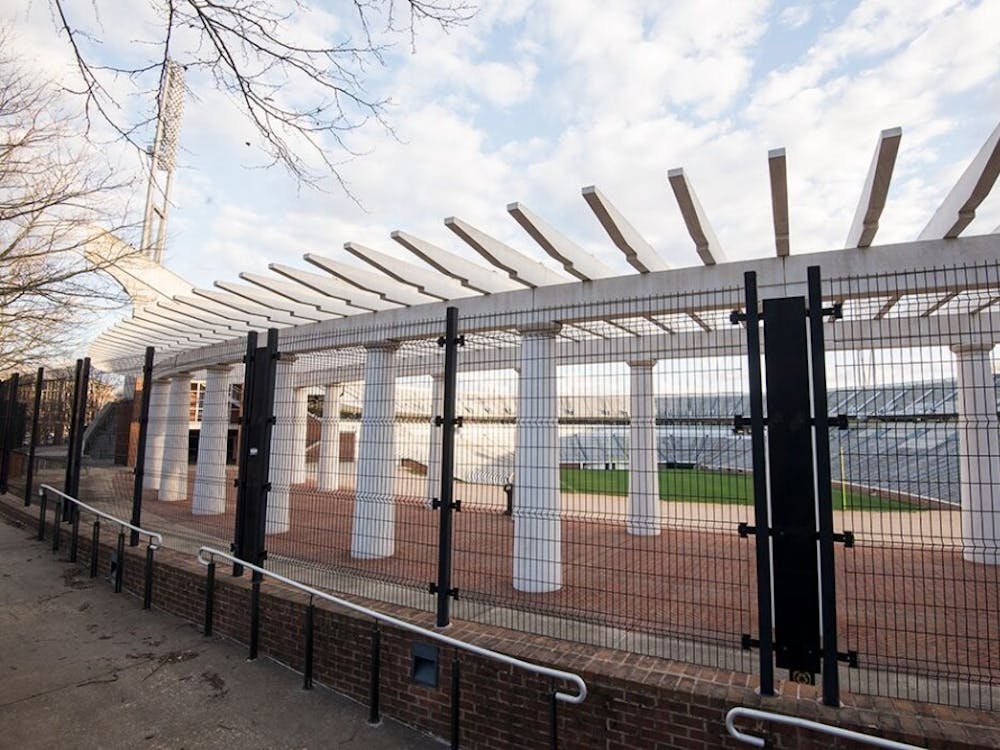