Researchers at U.Va. Health used Big Data collection and interpretation to create a software allowing clinicians to proactively treat patients and save lives

Numerous chronic conditions manifest with unpredictable symptoms, which can sometimes make it difficult for clinicians to take necessary action in a timely manner when tending to patients. Researchers at U.Va. Health working in the field of predictive analytics have created a software that uses artificial intelligence to estimate a patient’s relative risk by combining physiological data from thousands of previous patients, with a current patient's physiological state. The software is crucial in allowing clinicians to assess a patient’s risk for deterioration sooner than they normally would, allowing them to take — often critical — proactive actions towards maintaining the patient’s health.

Life-threatening conditions such as lung failure, sepsis or acute respiratory distress syndrome can all manifest in a patient without displaying warning signs to clinicians until the patient is in a critically debilitating condition. This can leave providers with limited time to make imperative decisions for patients and may thus threaten chances of survival.

Dr. Randall Moorman, cardiologist and innovator in the field of predictive analytics monitoring, realized this healthcare dilemma early on in his career.

“Sometimes … we can look back at the data that we had about those patients, and we can see that we should have seen it coming,” Moorman said.

In attempts to better monitor patient stability through early detection, many hospitals around the world have resorted to using a standardized point system, which consists of recording certain physiological parameters and outputting a standardized score that can then be used to predict the patient’s stability. For instance, in England the National Early Warning Score measures pulse rate, blood pressure, respiratory rate, oxygen levels, temperature and consciousness level in patients, allocating an individual score for each factor and totaling the scores. When the total reaches a threshold number designated by healthcare facilities, it alerts clinicians to take action.

However, Moorman found that such point systems were sometimes ineffective in monitoring the patient since they uniformly depended on the patient reaching a particular threshold score before clinicians were alerted. While threshold score monitoring may be helpful in some situations, these systems are not designed to indicate risk specific to each physiological factor, failing to utilize statistical tools like regression models, which use multiple variables to predict an outcome.

“One of the benefits of many machine learning approaches [is] you get a continuous gradation of risk from all the possible numbers that might come in, no thresholds [are] allowed,” Moorman said.

Additionally, tools like NEWS can be restraining since they do not focus on symptoms specific to a certain patient population, like cardiac patients, but instead rely on a “one size fits all” model.

“Our own point of view has been that this is not a one-size-fits-all problem at all, that the predictors of deterioration in one part of the hospital are going to be very different from elsewhere in the hospital,” Moorman said.

Generalizing symptoms can lead to clinicians who depend on a standardized score when trying to predict any patient’s disease progression, further leaving more room for ambiguity in executing care plans since the numbers are not always clearly indicative of a particular condition.

Approximately 20 years ago, Moorman decided to apply certain predictive concepts to proactively diagnose neonatal sepsis, which is a bacterial infection that occurs in the bloodstream of premature infants and can be deadly if not diagnosed early on. Sepsis has been particularly difficult for healthcare providers to diagnose since premature infants are unable to aptly communicate discomfort and are too fragile to have many diagnostic tests conducted on them.

Moorman analyzed data from several infants infected with sepsis and recognized distinct patterns in the heartbeat of infants that occurred before sepsis began. He then quantified the heart rate data for the heartbeat abnormality and created a software which would detect this abnormality and alert clinicians. The HeRO software, coupled with observations and skillset of clinicians, allowed for them to proactively integrate the software’s findings into their care, culminating in a 20 percent decline in premature infant mortality as shown by a randomized trial.

Consequently, Moorman expanded his work to create predictive models for adults, attempting to address a multitude of diseases using evidence from data coming from approximately 200,000 patients who have been admitted to U.Va. Health previously.

“We present to the clinicians, not just the risk of sepsis, but we have developed predictive tools for early detection of other kinds of clinical deterioration like lung failure or bleeding or the need to be transferred to an ICU,” Moorman said.

One of his primary goals is to use the benefits of Big Data analysis in predicting outcomes for future patients.

“[We are working] toward the idea of taking all of the data that comes out from a patient and analyzing it in such a way that we can tell the clinicians that someone's risk for something bad is going up,” Moorman said.

Contrary to standardizing softwares like NEWS, the Continuous Monitoring of Event Trajectories software relies on constant monitoring of the patient and previous data, working to apply algorithms which output the patient’s status and risk of experiencing a serious event in the next 12 hours, updating every 15 minutes. CoMET updates models by calculating the cumulative contribution of physiological information from patients including data from their electronic medical records, EKG signals, vital signs and laboratory results.

The added machine learning approach allows for patients to be assessed relative to the outcomes from thousands of other patients and is more specific to the individual patient by displaying models specific to the patient’s unit.

“At this point we have generated truly, hundreds of predictive models, depending on where you are in the hospital, what kind of things might go wrong and what information is available,” Moorman said.

The “Prediction Assistant” screen uses regression to display patient risk by showing “comets” for each patient being monitored in the unit, with more stable patients represented as small and close to the bottom of the graph, while patients at higher risk are represented by larger and brighter comets. Each of the comets are graphed as a measure of a combination of factors most relevant to the hospital unit.

University cardiologist Jamieson Bourque, in collaboration with Jessica Keim-Malpass, associate professor of nursing and pediatrics, have recently begun a two-year randomized controlled study of the CoMET software in patients in the medical-surgical floor for cardiology and cardiovascular surgery patients at the U.Va. Hospital. They intend to analyze the long term outcomes of patients and prove the software’s utility to help patients through providing clinicians with valuable predictive models from physiological data.

“What CoMET does is allows you to see the small incremental changes in heart rate, respiratory rate, vital signs [and] labs that can sort of fly under the radar, but when all those values are added together, that may signify a more significant change,” Bourque said.

The team is also in the process of developing a predictive model specifically for COVID-19. However, it is waiting to gain more data to better understand the unpredictable nature of the disease so is currently using pre-existing models for the respiratory distress that accompanies COVID-19. The researchers feel that a predictive model could potentially be largely beneficial to dealing with COVID-19 patients since it could help anticipate some of the unpredictable symptoms which have shown to cause mortality.

“At unexpected times, a fair number of patients do deteriorate drastically, and then there are very big decisions to be made in this time of constrained resources or this time of full hospitals,” Moorman said.

Main challenges researchers face with integrating CoMET involve educating clinicians on reading the patterns as well as helping them integrate the software’s usage into their daily workflow. With CoMET, clinicians are suggested to utilize the proactive warning signs and learn to construct a care plan sooner than they normally would.

Keim-Malpass, who is also trained as a nurse, is able to incorporate her first-hand perspective to CoMET’s design by attempting to ensure that nurses and other clinicians in the hospital can adapt their responsibilities to the proactive nature of the software. She spoke of a time when nurses recognized a spike in the patient’s CoMET score trajectory that allowed them to prevent sepsis when the patient was still stable.

“They went ahead and preemptively took blood cultures, and a few hours later they came back positive that they had blood infection, that they were heading towards sepsis, so that patient got antibiotics sooner [than] they would have,” Keim-Malpass said.

In the future, the team plans to use more data to enhance the COVID-19 model and to implement CoMET to other hospitals around the nation.

Conflict of interest disclosure: Randall Moorman is Chief Medical Officer and owns equity in AMP3D, which licenses technology from UVALVG and markets the CoMET monitor. 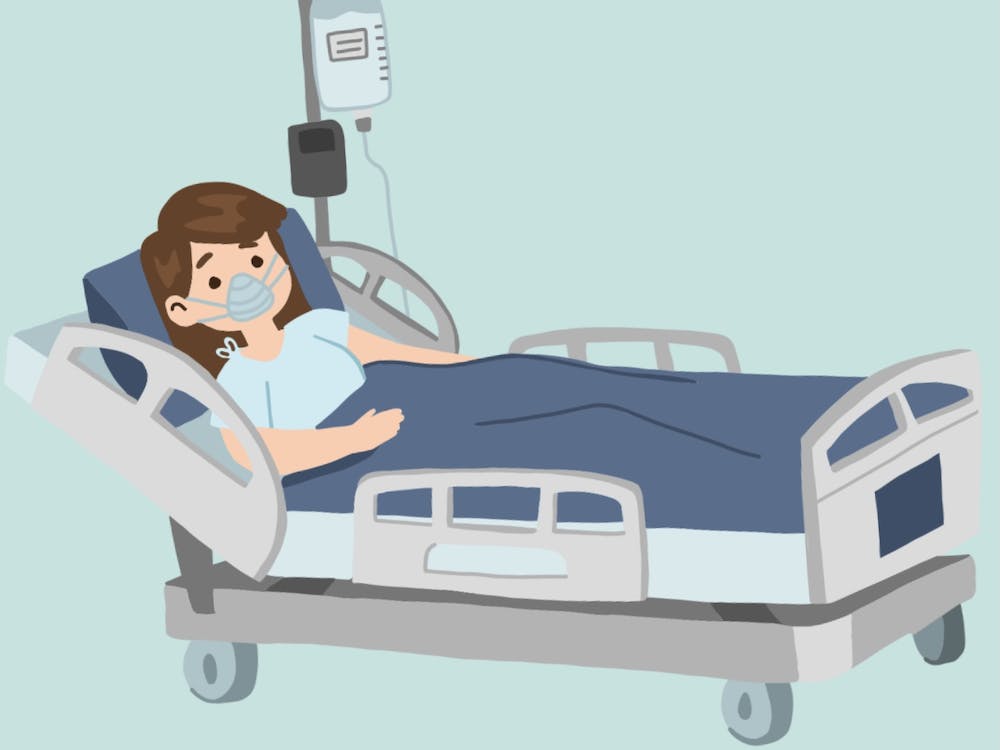 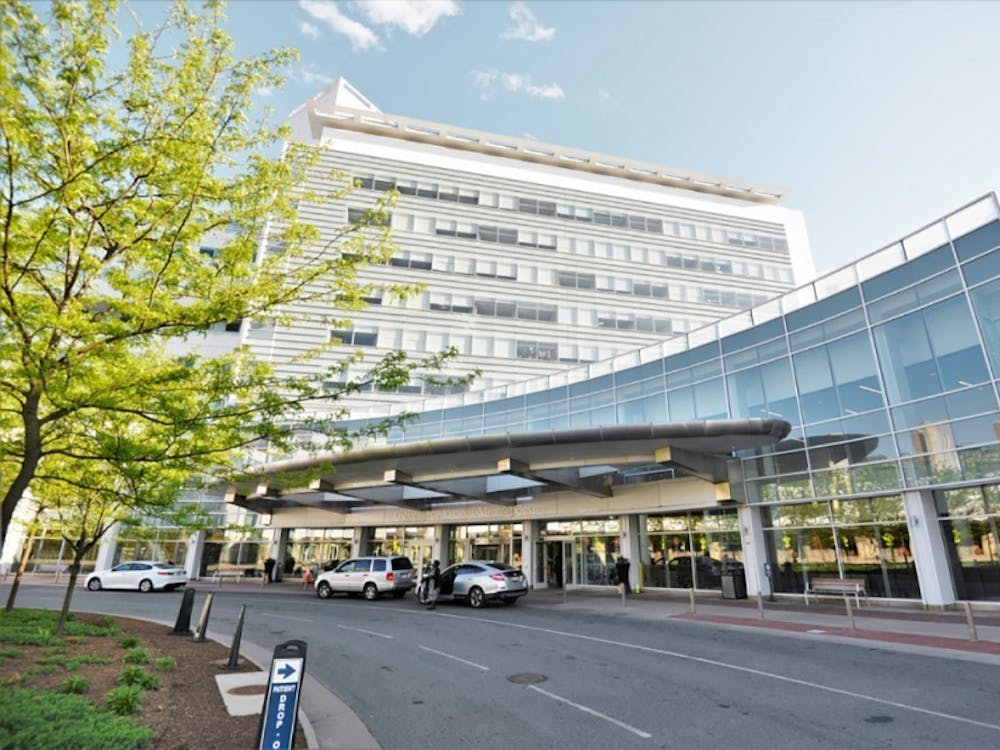 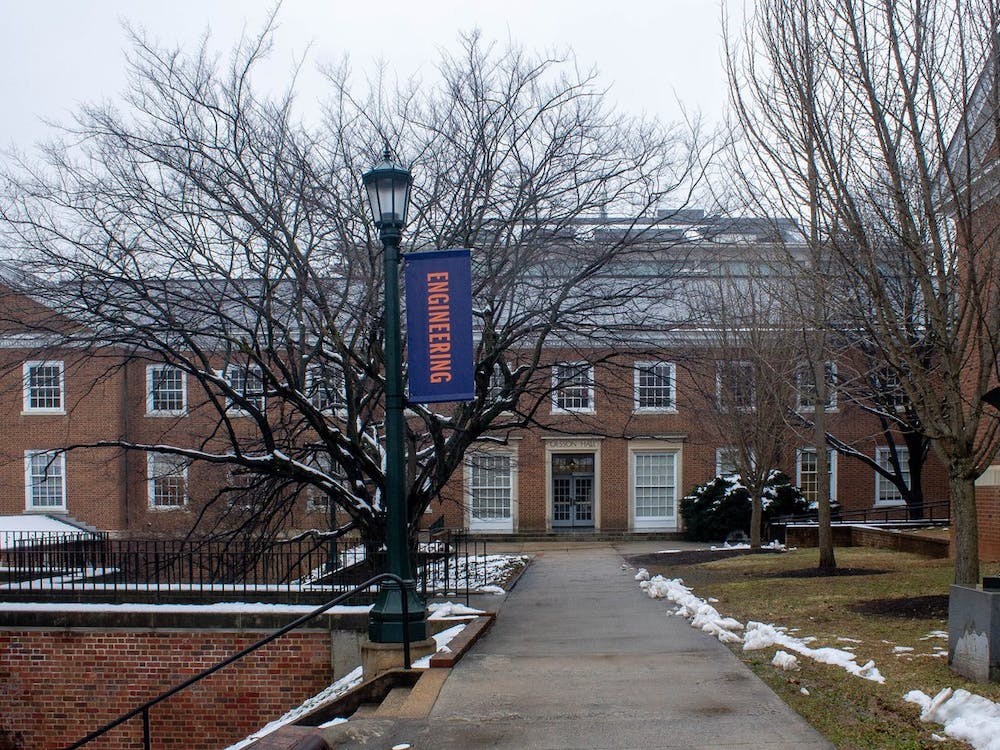