The Butterfly Effect: Migos “Beat the Charge” of Creative Stagnation on Culture III

The album trilogy closed strong, even if it didn’t restore Migos to their iconic status within pop culture

Social media users will remember when the simple phrase “rain drop, drop top,” from the Migos song “Bad and Boujee” took the Internet by storm in 2017, spawning countless memes and Instagram captions. The viral phenomenon propelled the Atlanta rap trio’s sophomore studio album, “Culture,” to mainstream attention and capped off notable co-signs from the likes of Drake and Donald Glover. Dubbed “the Beatles of our generation” by the latter, Migos seized the media attention to springboard from being a Southern favorite to a national sensation.

Fast-forward one year later to the release of the double album “Culture II.” The highly anticipated 2018 sequel featured lush production and creative hits like “Stir Fry” and “Narcos,” but was otherwise rife with issues apparent to everyone from casual listeners to longtime Migos fans and reviewers. Rote lyrics about wealth and jewelry, overused song structures and a bloated tracklist all put a damper on the group’s impressive run, prompting concerns of a potential falloff.

Enter “Straightenin,” the opening salvo in Migos’ quest to reclaim the throne of trap. The trunk-rattling single dropped in June 2021 in advance of that month’s “Culture III” album, announcing the group’s return to a hip-hop scene that has undergone rapid changes in the three years since their previous full-length project.

“N—— act like the gang went vacant … Ain't nothing but a little bit of straightenin,’” Migos frontman Quavo explains on the track, joined by Takeoff and Offset over bass-laden brass. Pledging to straighten up their act, the iconic trio confronted their precarious state in an industry that can lionize new rap stars one day and shun them the next.

“Culture III” fulfilled the rappers’ promise to revisit their Atlanta roots, while showcasing innovative approaches to the rap genre. The album opener, “Avalanche,” finds Migos riding a lively beat sampled from The Temptations’ 1972 soul classic, “Papa Was a Rollin’ Stone.” The song is instantly likable as it cycles between lighthearted quips and self-assured braggadocio.

“Young, rich, and black and we gon’ beat the charge,” a suave Quavo declares, referencing the group’s past encounters with law enforcement — but in another sense, swiping at those content to sideline their talents. Indeed, the third installment of the “Culture” trilogy finds Migos once again hungry to prove themselves, breaking from the second album’s creative stagnation.

Lyrically, the album centers on the trio’s gang history, newfound wealth, and rags-to-riches story with more attentive songwriting than previous releases. The rappers are quick to remind the world of their influence on rap since they took their signature Atlanta sound and “triplet flow” global half a decade ago — “We came in the door and they takin' the flow, call it repo,” jabs Takeoff.

Youngest member Takeoff has traditionally received rave reviews for his distinctive delivery, but Offset steps up to the plate with swift, surgical verses, evidently the most wary of sounding complacent. Even Quavo spits lightning-speed bars from time to time — a welcome change from his chorus-heavy role in “Culture II” — which results in some of the album’s most memorable lines.

The vintage production on “Culture III” is a mixed bag overall. Compared to the previous album, the instrumental melodies are light on their feet, as the amalgam of sparkling trap bells, synthesized strings, and bouncy basslines recall the original “Culture” record’s lowkey atmosphere and allow the group’s vocal performance to take center stage. At numerous points, however — such as on the songs “Malibu” and “Jane” — the production has a dated sound to it, evoking a misplaced sense of nostalgia instead of elation.

When the instrumentals strike the balance between paying homage to the past and pioneering new hip-hop sounds, the resulting songs are peerless within the genre. Alongside “Avalanche,” “Vaccine” stands out as an unlikely and inventive highlight, somehow flipping Tchaikovsky’s “Nutcracker” tune into a witty trap banger that one publication deemed “a prosperity gospel for the end of the world.”

But “Mahomes” on the album’s last leg is the true hidden gem, oozing with melodic ear candy and barraged by kick drums that puncture the listener’s ribs.

“Body for body, we havin’ bags full of bones,” Quavo warns over the song’s rattling guitar sample before Offset breathes fire into a defiant verse. “Mahomes” is an absolute masterclass in coasting the beat, a glossy cousin of Offset’s own solo track, 2019’s “Underrated.”

As to be expected from a Migos record, the 19-song LP is weakened by filler. Surprisingly, it’s the collaborations with fellow superstar artists that tend to drag the most: Drake struggles to fill space on “Having Our Way,” the Juice WRLD and Justin Bieber features sound fine but forced, and “Type S—” with Cardi B never really takes shape. The group is capable enough of rounding out bangers with slower entries like “Handle My Business” and “Time For Me,” where the rappers recall selling drugs and robbing to survive.

Despite its numerous sonic high points, the album largely failed to generate the momentous, culture-defining impact Migos was gunning for. The group put to rest any questions about their craftsmanship and drive, but never recaptured their mythic, Beatles-like significance within public consciousness — “Culture III” came and went with barely a mention from the celebrities, critics and social media crowd that vigorously debated its predecessors.

And without a catchy stream magnet like “Bad and Boujee,” the project had little staying power on the charts, even falling short to a release by the untalented, piano-crazed rapper Polo G. Judging by public discourse alone, it would seem Migos hurtled from stardom to slight disrepute to largely disregarded in under five years, leaving the original “Culture” album the sole Migos classic within hip-hop canon.

At the same time, it’s worth recognizing how much of the revered, first “Culture” tracklist has been matched or even outdone by the group throughout the series, from the vivid “Narcos” on the sequel to the inimitable “Avalanche” on “Culture III.”  If the worthy final chapter of the “Culture” trilogy failed to make a splash, it means that the appeal of Migos was never just their exceptional chemistry, flow and ad-libs — which they still possess — but the freshness of it all, which by nature can’t last forever.

An unforgiving hip-hop industry demands that artists build successively greater levels of hype with each album, and Migos have certainly embraced this challenge by serializing their sound as the “culture.” But in the end, the “Culture” legacy is better defined by the standout songs on each installment, rather than the cultural zeitgeist surrounding any one album.

From Cape Cod to the Amalfi Coast, this month’s picks encapsulate the promise of summer perfectly — complete with legendary parties, revelatory trips and simmering romance.

From bachelor’s degrees to record deals, the endeavors of the University’s vibrant and talented community continue to shape the climate of the world, whether it be through academics or music. 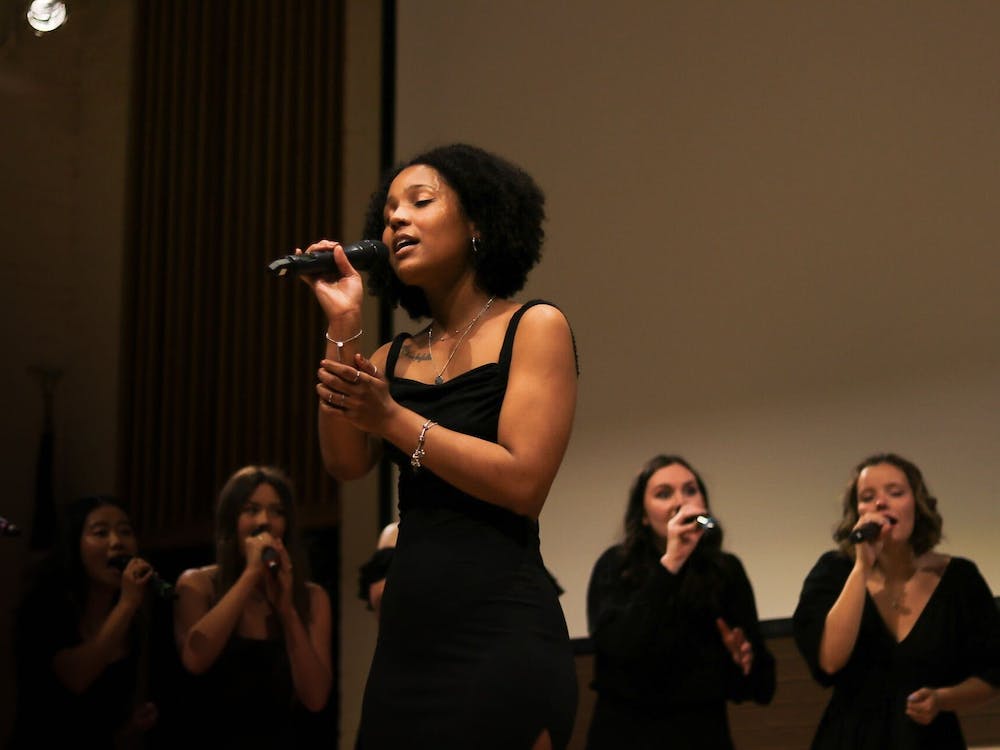 After speaking with members of Hoos in Treble, it is clear that the friendship between them is what leads to their excellent performances.