Walking up the stairs to the second level of Starbucks, I had absolutely no idea what to expect from this meeting. I had never heard of geomancy before. In fact, the only thing I knew about it was what I saw on a half torn-down flyer in Newcomb - that it was some type of divination and it listed a Web site and an e-mail address. My friends and I had always wanted to talk to the guy who used to do tarot card readings on the Downtown Mall, so when I saw the flyer, I was intrigued. A couple of weeks later, I was upstairs sitting at a table, notebook out and ready to go with whatever came.

Geomancers are not necessarily like the tarot card guy, who probably provides a more "inspired" kind of divination. They practice a more technical, math-based method of divination that originated in the Middle East. It's about a thousand years old and consists of 16 symbols that are combined in a certain way. That combination creates a picture, which is then interpreted into a reading.

Sam, the guy with whom I had set up an appointment and my geomancer for this session, was not at all what I expected. Not that I knew what that expectation was or should've been, but a fourth-year computer science major wasn't the first thing that came to mind when I thought of someone who participated in an age-old divination practice. (Interestingly enough, he told me that binary code is actually derived from geomancy, which is kind of a neat connection.) He was very professional about the whole meeting, conveying it as a consulting session. The reading was his take and geomancy's take on my situation.

The trick, he said, is to ask the right type of question. A lot of people look to divination as source of inspiration, but geomancy isn't like that. You have to ask a very pointed question, such as if a new business will succeed or if you are going to marry a certain person. If you give a shaky question, you'll get a shaky answer. "Geomancy can be pretty snarky as far as oracles go," Sam said. Snarky oracles predicting the outcome of my future plans? Perfect.

I asked whether it would be more beneficial to go abroad or start a career immediately after I graduate. To be fair, I am a third-year student so I have some time to decide. That being said, planning an extensive trip can take a long time, and other ways to go abroad - like the Peace Corps - can have an application period of up to a year. So, I'm starting to think - not freak out - about it.

Sam took out a dark green piece of fabric, laid it across the table and began to shuffle a deck of cards. When he was done, I cut the deck into four separate parts. Each card on the top of each deck showed a symbol comprised of lines and dots, which Sam wrote down. And that's about as far as the "magic" went.

From those four shapes, Sam derived groups of symbols from a bunch of arithmetic: the "mothers," the "daughters," the "nieces" and the "court." (When he told me the names for the groups, the inner feminist in me appreciated the fact that women were predicting the future.) Each of these figures was then placed into a chart, which was separated into 12 "houses" that represent different aspects of life, like family, journeys and finances.

Sam told me that based on what he saw in the chart - where figures were placed, their similarities to each other, etc. - he saw finances as being my biggest obstacle to travel. He suggested finding a job, working for a few years and then going abroad. He added that my career may make me travel. Friends and family would absolutely be willing to help me succeed in my endeavors, so establishing connections both here and abroad would be beneficial. Lastly, he said I would probably make up my mind about what I wanted to do around this time next year.

A lot of people perceive divination in different ways. Some religious centers see it as a revelation from God, while New Age movements can see it as a way of tapping into a unified matrix of the universe. Others just don't buy it. For me, it's just another way for people to guess what's going to happen next. Politicians do it, economists do it, social scientists do it, divination artists do it. Everyone wants to know what happens next, and whether they will be successful in their endeavors, no matter what field.

That's a natural reaction; it's scary to close your eyes and just jump without weighing the pros and cons. In the end, though, the only way you can be sure about something is just to do it with confidence and hope for the best.

So what am I going to do now? Finish this column, talk to some journalists with whom I used to work and check out the Peace Corps Web site. I want to keep exploring my options while I still can.

Leslie's column runs biweekly Fridays. She can be reached at l.keena@cavalierdaily.com. 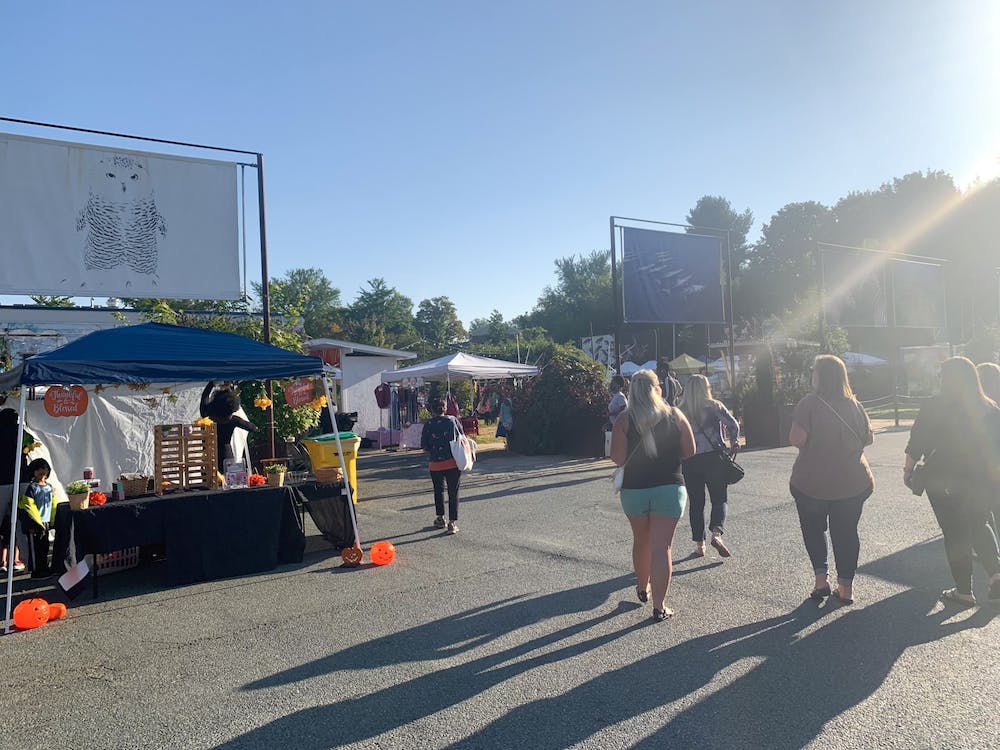 By Mario Rosales | 4 days ago