Freshman midfielder Amber Ezechiels put Virginia on the board early against the Deacons, with a shot off a corner around the 10-minute mark. The Cavaliers dominated the first half offensively, leading in both shot attempts — 10-3 — and penalty corners — 4-0 — but a second-chance goal by junior forward Kelsey Gill allowed Wake Forest to tie up the game entering halftime.

The teams’ offensive attempts were more evenly distributed in the second half, but the Deacons were unable to score as senior goalkeeper Carrera Lucas tallied two saves. Wake Forest played down one player, then down two halfway through the period when the Deacons received a yellow and green card in quick succession.

With a man-up advantage, the Cavaliers earned a penalty corner in the final minutes of the match. Freshman midfielder Annie McDonough scored the game winner — her first goal of the season — off a pass from junior midfielder Erin Shanahan outside the circle, giving the Cavaliers a 2-1 victory.

The Cavaliers quickly ran up the score against the second-ranked Terrapins and held onto their lead throughout the game. Freshman midfielder Greer Gill was efficient, scoring two goals in the first ten minutes of gameplay. Both shots came off penalty corners — the first was a rebound off the goalkeeper’s pads, while Ezechiels assisted the second.

Maryland attempted to launch a comeback, scoring off a corner minutes into the second half.  The Terrapins kept up the pressure with nine shot attempts in the half, but couldn’t manage a game-tying second goal.

Virginia’s insurance goal came 60 minutes into the game, also following a penalty corner.  Junior back Anzel Viljoen inserted the ball with a pass to Annie McDonough, who set up a shot for Ezechiels at the top of the circle.  Viljoen was ready when Ezechiels’ shot bounced off Maryland senior keeper Sarah Holliday’s pads and lifted the ball into the cage, scoring the final goal of the game and her first of the season.

The Terrapins kept up the pressure and removed its goalkeeper to add an additional field player with fewer than ten minutes left to play.  They successfully shut out the Cavaliers’ shot attempts in five successive corners without a keeper, but were unable to put a dent in Virginia’s 3-1 lead.

Including Sunday’s Maryland upset, the Cavaliers have defeated two top-10 ranked teams this season. Their final game of the season — against William & Mary — will be played on the road, Friday, Oct. 26 at 6 p.m. The postseason begins Thursday, Nov. 1 as Virginia takes on Boston College (9-6, 2-4 ACC) at the ACC Field Hockey Championship in Chapel Hill, N.C. 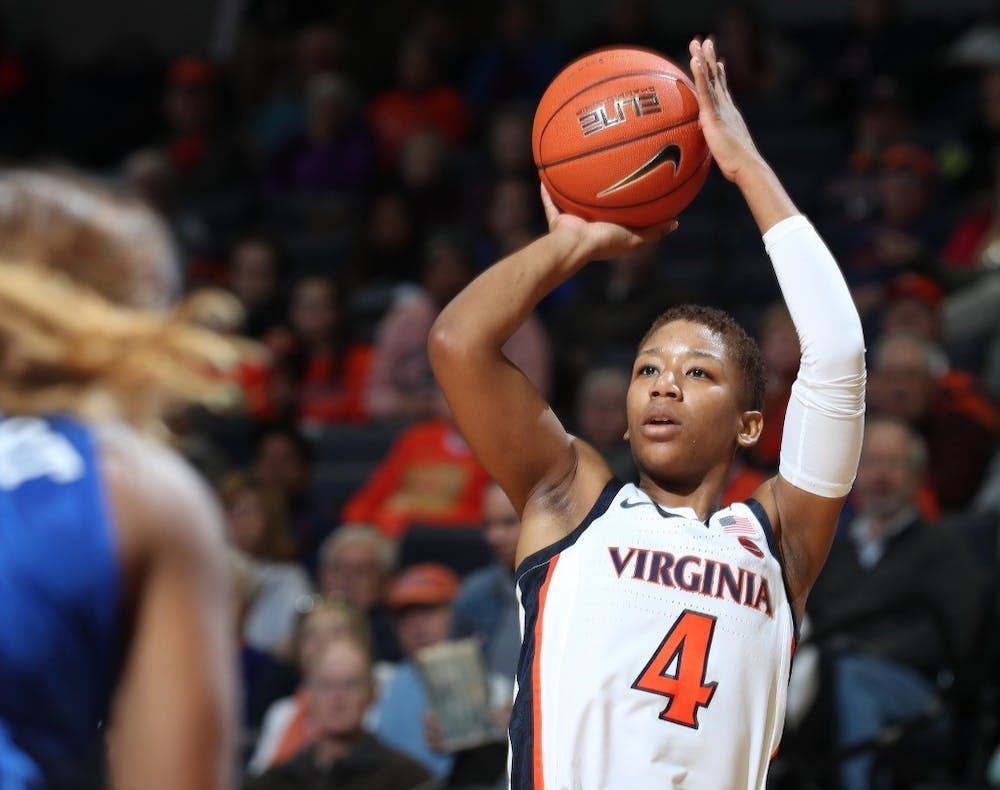