The University might not have a film department, but it offers many outlets for its young artists, from disparate classes in different departments to student organizations on Grounds. Still, there is one standout program that consistently attracts motivated filmmakers at the University.

Students refer to this program as Overcranked. It has supported the University’s student filmmakers in writing and directing their own short films for the past five years.

Over 10 years ago, a group of student filmmakers sought course credit from the University for films they had worked on independently. They approached Paul Wagner, an Academy Award-winning independent filmmaker based in Charlottesville, to act as their mentor and support their efforts. Wagner was eager to help.

“For a couple years, I supervised them just making their own films, but I would meet with them weekly and give them suggestions and guide them a little bit,” Wagner said. “That gave me the idea that I then took to the chairman of drama.”

Wagner imagined a program that could educate student filmmakers within the University’s pre-existing arts infrastructure.

“U.Va. could create a film program just for writer-directors, and not have to have a whole curriculum and several faculty members and a separate department to teach film,” Wagner said. “That was the idea basically, in going to drama, to build on the great things that U.Va. has.”

Doug Grissom, a playwright, associate professor and interim chair of drama, had been teaching screenwriting over the summer for years when Wagner approached him with his idea. Together, they created their own year-long film course in 2017. Students now take screenwriting with Grissom in the first semester, drafting several scripts before ultimately choosing one to develop. In the second semester, students study directing with Wagner and shoot their films.

The University’s young filmmakers know Grissom and Wagner’s program as Overcranked, a name invented by its first cohort of students. When they learned about early hand-cranked film cameras in Wagner’s class — the terminology for producing slow-motion footage by turning the crank quickly, or overcranking — they “seized on it as a metaphor for what the class is like,” Wagner said.

“There is an intensity to it, and I think that’s what the students like,” he continued. “It’s very personal because these stories are very personal and powerful … If it means something to you, you get wound up about it.”

Overcranked is selective. Students interested in the program apply to the screenwriting class during enrollment for the fall semester, and this represents their application for both screenwriting and the spring directing course  — one class cannot be taken without the other. After submitting writing samples, some students are chosen to complete an interview with the professors, and then admissions decisions are made.

Students spend their first semester with Grissom working on their scripts, and the second semester with Wagner learning directing and filmmaking techniques and shooting their films. This second semester is relatively self-directed, with professors offering benchmarks and tasks that students work to accomplish on their own timeline with their collaborators.

“Two best friends decide that they want to get their first time over with, and the dramatic question is, will they or won't they,” Gregory said. “I wanted to explore the pressures of society.”

She drew on her acting experience — both through her drama major and a 16-month conservatory at the American Musical Dramatic Academy — in working with the actors in her own film.

“I feel like that really helped me in terms of directing, because I think sharing language and understanding with actors is important,” Gregory said.

Fourth-year College student Karen Zipor also acknowledged the role of her collaborators, noting the importance of forming connections and fostering a supportive network of fellow artists.

Zipor shot her Overcranked film this semester, based on a subversive horror script.

“The horror is the scariest thing known to man — a Jewish mother,” Zipor says. “It's very tongue in cheek, but it has some heart as well. It's about a man who's grappled with the death of his mother and the loss of his cultural identity in Judaism.”

“They're both involved in this art scene in their town, and they're much older, and they end up becoming friends and falling in love late in life,” Gualtieri said.

She is still in the process of shooting, and values the insight she’s gained by working with artists outside of the University.

“It's been very cool to work with older actors and hear their opinions on certain dialogue, like, oh, my gosh, my character would never do that. It’s been very cool to have them care so much about their roles and really want to be authentic,” Gualtieri continued.

While Gualtieri was an experienced filmmaker by the time she applied for Overcranked, the program challenged her to develop her writing skills.

“I think before I took this class, I would only ever write with the intent of shooting. Otherwise, I didn’t see it as a productive thing to do,” Gualtieri said. “But I have since completely changed my mind on that, and I think that you just have to create, even if on a first read, you're like, what have I just done, this is horrid. You have to just keep writing.”

Overcranked students bring a variety of perspectives to the program, and their work is influenced by educational experiences outside of film. Gregory minors in American Sign Language and Deaf Culture, and dreams of one day collaborating with deaf artists on filmmaking projects. Zipor is double majoring in drama and computer science, and both contribute to her professional work in animation.

Grissom and Wagner express pride in the films that have come out of their program. “It's been wonderful for me to understand U.Va. students better in terms of what they're interested in, the stories they think are important to tell,” Wagner said. “They're all very strongly felt stories.”

Interested individuals can check out the free premiere for this year’s Overcranked films May 2 at 7 p.m. in the Caplin Theater.

CORRECTION: This article previously misspelled third-year College student Mia Gualtieri's name. It has been updated to reflect the proper spelling. 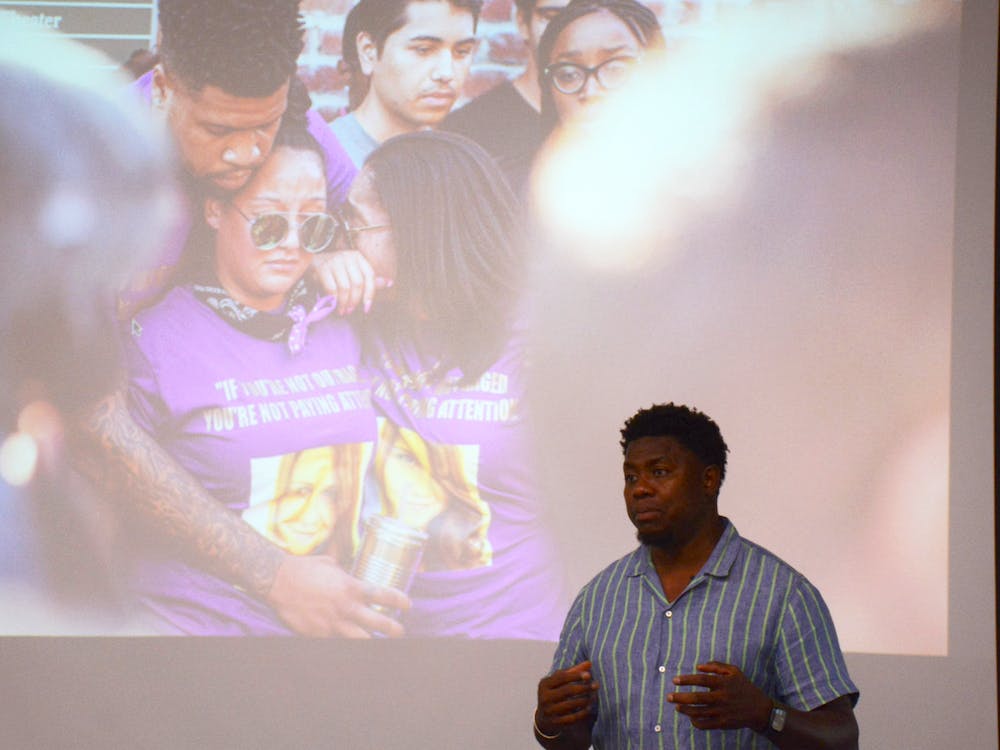 Eze Amos discusses photos captured during the events of Aug. 11 and 12

By Eva Surovell and Ava MacBlane | 12 hours ago

Amos said he wanted to “put a human face” to Charlottesville with the “The Story of Us,” trying to move away from a public perception of Charlottesville as just a hashtag or caricature after the events of August 11 and 12.

By Cameron Hipps | 3 days ago

Sophie Allison, whose stage name is Soccer Mommy, continues to expand on her palette of guitar-driven indie rock by introducing new themes while still relying on her trademark introspective songwriting.

“Russian Doll” tackles generational trauma with wit and empathy, bolstered by excellent performances from each member of the cast.