Miley Cyrus has been a household name since “Hannah Montana” aired on Disney channel. But the girl who was once on the front of every eight-year-old’s lunchbox in a blonde wig has, to put it gently, lost her charm.

When “Can’t Be Tamed” came out in 2010, we realized that the little girl with the funky country accent had grown up. Watching her dance around a cage with feathers on in the music video was odd and provocative, but we saw her point. She was not a teenybopper anymore. In the wake of Cyrus’ Video Music Awards performance, however, it has become clear that the late Hannah Montana has taken her newfound “adulthood” to a new level.

Cyrus is not the first Disney star to make this transition; she may be the first to make us wonder if she will star in an X-rated film in the near future. Demi Lovato and Selena Gomez have both transitioned from Disney pop stars to more seductive female artists. I admit I very much enjoyed Lovato’s latest “Heart Attack” and Gomez’s “Come and Get It” – despite me being a generation away from enjoying their Disney hits “Sonny with a Chance” and “Wizards of Waverly Place,” respectively. Cyrus, on the other hand, has taken this trend too far.

Cyrus’ performance highlights the now-famous transition from budding, youthful actress to scantily-clad fiancé – let’s not forget she is in fact engaged to Liam Hemsworth. She begins her act by emerging from a larger-than-life robot teddy bear – who thinks of this stuff? – and then straddling the bear as she exits. She then slowly crawls down the stairs with her tongue sticking out. As if she hadn’t made her point yet, she starts combing her invisible long hair, which she cut about a year ago to show that she was not the lovely long-locks teen who starred in the Nicholas Sparks movie “The Last Song.”

If only she had “stopped” there. Cyrus’ newest anthem, “We Can’t Stop” continued as she escalated from provocative dancing to uncomfortable hip movements. I could go on and on about the inappropriate motions Cyrus displayed throughout her VMA performance, but really I can sum it up by saying only Liam didn’t want her to stop, especially when she ripped off her teddy-bear leotard to reveal a skimpy bikini.

Of course Cyrus is not the only artist to dance around in barely-there costumes. Lady Gaga is famous for it and few give her slack. Lady Gaga, however, has the chops to back it up. Gaga is an extremely skilled vocalist, instrumentalist and dancer. Cyrus, however, lacks the range and tact of a successful musician. The fact that she feels the need to call attention to herself through such a scandalous spectacle merely highlights her inadequacies as a performer. Here’s hoping she is able to get her act together, have performances that don’t make me want to cover my eyes and come out with music that sounds like she might have written it sober.

By Lauren Dalban | 9 hours ago

By Tanner Rowe | 3 days ago

Here is a fifteen minute energy shot of sonic caffeine, bottled up into a road trip playlist to snap a fatigued driver out of highway hypnosis. 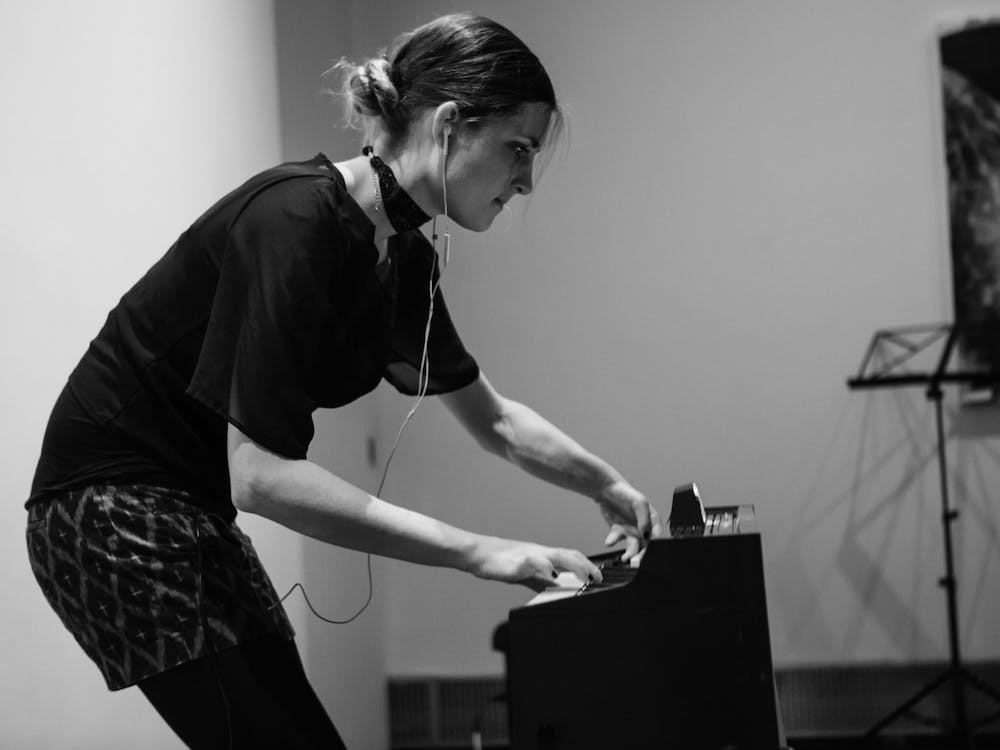 In her newest album, “Perspective,” Joyce turns her attention to others in the disabled community.