The ins and outs of Virginia ABC

In light of the recent arrest and charge of third-year College student Martese Johnson by Virginia Alcohol and Beverage Control, questions have been raised regarding the jurisdiction and authority of ABC agents.

The Code of Virginia charges the ABC department with several delineated powers, such as the authority to control the possession, sale, transportation and delivery of alcoholic beverages and the ability to grant, suspend and revoke licenses for the manufacture, bottling, distribution, importation, and sale of alcoholic beverages.

The Code also gives Board members and its agents police powers through the authority of the chief law-enforcement officer of a county, city or town. Within the ABC is the Bureau of Law Enforcement, whose members work alongside ABC special agents, state police and local law enforcement to enforce the laws outlined by the Code of Virginia and Alcoholic Beverage Control Act. Violations are punishable as a criminal act with fines, jail time or both.

ABC spokesperson Valerie Hubbard explained ABC’s general jurisdiction and duties. Hubbard said that because all ABC officers are police officers certified by the state of Virginia, they are permitted to enforce state laws that do not relate to alcohol.

“ABC special agents are sworn and certified police officers, vested with statewide authority of arrest for ABC violations as well as any other Virginia criminal law violation associated with the regulated community,” Hubbard said in an email. “Although Alcoholic Beverage Control laws and regulations are our primary focus, we routinely enforce criminal statutes for the Commonwealth.”

For example, Hubbard said ABC agents can and will enforce traffic laws, particularly in cases in which public safety is threatened.

“While ABC agents don’t typically stop vehicles for routine traffic violations, if we encounter extreme public safety issues on the highway or in the streets, which represent imminent endangerment to individuals and/or the public at large, such as reckless driving or DUI, we can and will make an arrest in that type of serious situation.” Hubbard said.

Within the Bureau, there are about 130 sworn agents and 30 civilian support staff, working out of 9 regional offices. Agents are authorized to enforce the ABC Act, ABC Regulations and Virginia’s Criminal Code. All agents are Department of Criminal Justice certified law enforcement officers and graduates of DCJS academies, such as Central Virginia Criminal Justice Academy, the Virginia State Police Academy and other regional and independent academies.

Approximately 70 percent or more of agent activity is spent on regulatory compliance including license suitability, background investigations, inspections of licensed establishments and providing training to retail licensees and banquet licensees.

The remaining 30 percent of agent activity is focused on underage access to alcohol and tobacco, citizen complaints of violations, over service of patrons by establishments and other investigations directly related to industry business practices.

Standards for use of force

“Excessive force,” is defined in the ABC Bureau of Law Enforcement’s document “Response to Active Resistance” as force in which “application is more than is necessary under the circumstances that exist at the time force is used.”

According to the document, reasonable force may well be necessary in some scenarios, such as when the life of the agent is jeopardized, or to maintain the safety of bystanders.

The document outlines the standards for scenarios in which the use of physical force are appropriate as well as guidelines for reasonable, objective application of such force.

“Based upon the severity of the situation, only that force which is reasonable and necessary to accomplish lawful objectives, while preventing injury and while protecting the life of the agent or others, shall be applied,” the document stated.

The document also states that in all scenarios, ABC agents “should first attempt to achieve control through verbal commands and/or persuasion” and to resort to force only when other alternatives, such as police presence or verbal control have been exhausted.

Finally, the document recognizes that force should be exerted in a way that correlates to the citizen in question’s level of resistance. The document mandates that agents should modify their use of force throughout the arrest.

“Agents shall modify their level of force in relation to the amount of resistance by the subject,” it states. “As the subject offers less resistance, the agent shall lower or cease the amount and/or type of force used. Conversely, if resistance escalates, agents are authorized to respond with those techniques and/or tools at their disposal to gain control of the subject.”

Johnson’s arrest is not the first incident that has elicited criticism for ABC special agents from members of the University community. In April 2013, a group of plainclothes ABC agents approached University student Elizabeth Daly in the Harris Teeter parking lot. The agents surrounded her car while one of the agents drew a gun after they mistook the case of sparkling water Daly was carrying for beer.

Daly was eventually arrested after she exited the parking lot and contacted 9-1-1 out of confusion, not understanding the out-of-uniform agents were law-enforcement officers.

“The incident that took place with the ABC was extremely troubling and disturbing for me personally,” Daly said in an email response to Johnson’s arrest. “I support any action to help ensure that this would not happen to anyone again.”

In the wake of Daly’s incident, ABC implemented 14 new policy and procedural changes following internal and state police reviews of the case.

According to an ABC press release, these changes include requiring agents to “promote a reasonable, common-sense philosophy regarding the correlation between the seriousness of an offense and the agent's response, ensuring the response is proportional to the suspected offense.” According to the press release, “agents will be issued point-of-view cameras to be worn during operations.”

“All policy and procedural changes initiated have been implemented with the exception of the body cameras,” Hubbard said.

Hubbard said the delay in the implementation of body cameras is due to the ongoing development of policies regarding the cameras’ use which are still being formulated, and because the state does not want to implement the program disjointedly across agencies.

“The Commonwealth is continuing to evaluate the use of body cameras by its law enforcement agencies,” Hubbard said. “It is important that a measured, reasonable approach be taken in implementing this technology rather than doing so in a piecemeal fashion across our agencies … ABC actively engaged in a process to move toward implementation, including determining how to best procure and utilize the cameras. ABC can move forward with the use of body cameras once appropriate procedures and policies are established for state agencies.”

“Washington implemented a management/leadership workshop for all bureau supervisors and has established a training committee that has begun the process of strategically assessing the needs of the enforcement staff and will be forthcoming with recommendations,” a statement issued by the Governor’s office Sunday read.

Washington could not be reached for comment regarding ABC reforms.

“Recent events involving special agents of the Virginia Department of Alcoholic Beverage Control in Charlottesville have underscored longstanding concerns about the agency’s Bureau of Law Enforcement and exposed the need for more extensive training and oversight,” McAuliffe said in a press release. “While we must await results from the investigations by Virginia State Police and the Office of the Commonwealth’s Attorney in Charlottesville before drawing conclusions about that particular incident, it is not too soon to take proactive steps to improve ABC’s Bureau of Law Enforcement.”

Among other reforms, the order mandates immediate retraining of all ABC special agents pertaining to use of force, cultural diversity, interaction with youth and community policing by Sept. 1, 2015. 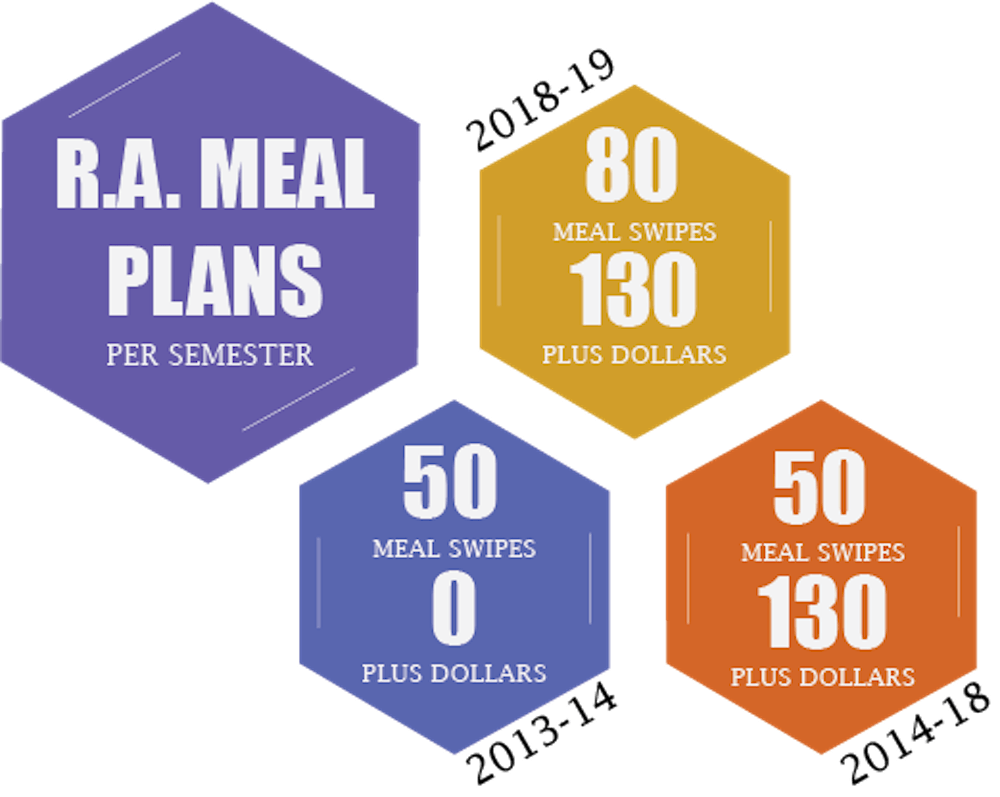 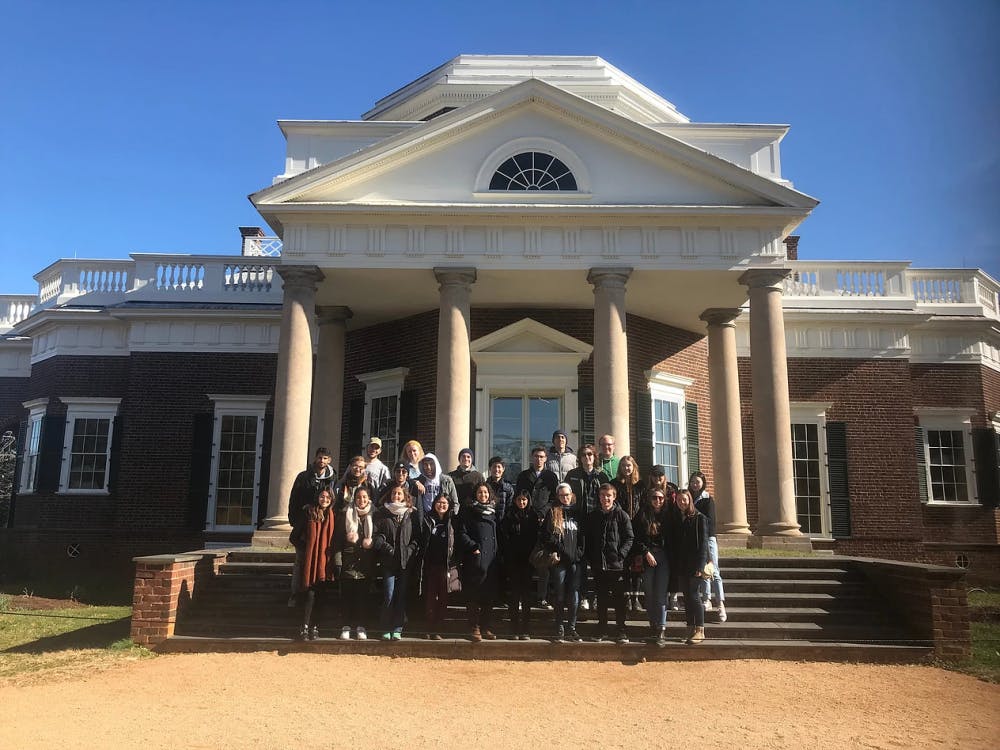 By Carolyn Lane | 12/05/2018
Subscribe to our newsletters Purchase a congratulatory ad in our upcoming graduation issue! Tweets by cavalierdaily