From putas to protagonistas

“The event of the Putas is only at the end of the book in a small chapter. It’s almost insignificant.”

Spanish Prof. and Theater Director Fernando Operé — curling over the edge of his wooden desk — pinched a chunk of pages between forefinger and thumb to emphasize the segment’s brevity. “But [the story] becomes more prevalent because it’s a personal act. These women decide, ‘We don’t serve criminals.’”

On Feb. 17, 1922, five Argentinian prostitutes made the personal political when they refused to offer up their bodies to soldiers at a Patagonia-based brothel. The nation’s army had orchestrated a roughly 1,500-person massacre in response to a two-year rural worker’s strike. (Operé explained how soldiers lined workers neatly along walls, then — imitating gun blasts with his lips — supplied the unutterable conclusion).

In celebration of their plunder, the men sought sexual gratification; however, their violent assertions of militaristic power were not enough to deter the prostitutes from rejecting their advances. The putas, banding together, swapped passivity for imprisonment.

On Feb. 9, 2018, the University Spanish Theater group will take to Helms Theatre to open a weekend-long run of the production “Las putas de San Julián,” a work which celebrates the power inversion encapsulated by this female transition from prostitution to protagonism. Coming up on the 96-year anniversary of the women’s protest, the content of the play remains as politically pertinent as ever. Through its narrative, the show underscores the valor in resisting injustice in a perilously sexist and classist society — a reality with which many nations continue to grapple today.

“Las putas,” as the show is often abbreviated, was developed as an intertextual response to “Patagonia Rebelde,” a historical text written by researcher and Argentina native Osvaldo Bayer. Operé praised Bayer for his drive to intensely study the distant and tortuous history of his homeland — a past few people were willing to revisit, much less dissect. Playwright Rubén Mosquera then extrapolated upon the small sliver of text which detailed the prostitutes’ activism, resuscitating a story which could have easily wilted under the weight of generations-worth of oppression narratives.

“This is not something new that has happened in Latin America,” Operé said in an interview Monday. “This is the typical fight between oligarchies and poverty.”

“Things happen, but nobody remembers,” he added, casting his head down toward his hands folded in front of him. When it comes to historical dark patches, people — especially residents of regions altered by tragedy — tend toward repression. This mental burial process directly contributes to the spread of what Operé calls “alternative facts,” or softened reimaginings of past brutalities.

As evidenced by Operé’s 38 years of directing experience in the University’s Spanish department, the professor and director of the Latin American Studies program considers himself “one of those guys who believes in the power of theater.” Although he gestured to the cultural influences of Hollywood film and streaming powerhouses like Netflix in the entertainment sphere, he maintained the stance that plays are the most valuable form of artistic expression. After all, they hinge on tangible representations of life. In his eyes, it is this palpability — and its correlated intimacy — which renders theater the ultimate learning tool for students and non-students alike.

Operé, who studied theatrical expression in Spain before pursuing his doctorate degree in the United States, values drama as an opportunity for purposeful scrutiny and revisitation. In observing the materialization of past transgressions — whether real or imagined through a certain cultural and temporal lens — viewers reserve the chance to transcend realities through the process of sensory immersion.

The show, which is an annual event for the department, features participants from multiple facets of the University. Undergraduate and graduate students, lecturers and faculty members alike collaborate to piece together the production. Although familiar faces return to the cast each year, Operé enthusiastically welcomes new auditionees by hosting regular tryouts. Inclusion is so central to the theater group’s model that he seeks to ensure every auditionee earns an assigned a part, even if this necessitates drawing up a slew of entirely new roles for a production.

“Over the years, [our group] has been growing,” he said, describing internal developments which have accompanied that expansion. “Over the years, some of the actresses in the play have said, ‘We want plays with more women ... Most of the plays are written for men.’”

The actresses’ decision to speak out, much akin to vocality of the prostitutes they would come to portray onstage, is what led Operé to find and settle upon this specific script — one which situates a band of women within the central locus of power.

“I am totally confident that this is the women year for real. It’s the #MeToo year,” Operé said, nodding, before excitedly describing scenes from the 200,000-female-packed D.C. Women’s March he attended the weekend before.

He recognized the rise of feminist sentiment as one of his primary motivators in this particular directing cycle; however, he also acknowledged the delicacy and responsibility associated with reconstructing scenes of abuse on stage. He hinted at technical creativity as a means of cloaking physical violence through symbolic representations.

Not only does Operé recommend the show because it offers a meaningful lens through which people may consider current socio-political movements in the United States and beyond, but he regards an individual’s first experience encountering art in a different language — as is often the case for many students attending the department shows — as a quasi-magical event. There is much to be learned from an interacting with an artform which expands beyond a person’s native country, culture and tongue.

Additionally, this particular production is linked to two prominent special guest appearances. Mercedes Herrero, a former student, professional actress and “House of Cards” veteran, has returned to Charlottesville and will appear as the show’s lead. The Argentinian playwright Mosquera will also be on Grounds for the event, even offering an open discussion to community members at 3 p.m. in Minor Hall 125 on opening day.

As Operé recounted his experience at the Women’s March, he shared a related statistic which proved particularly resonant.

Whether in groups of five or 22,000 or 200,000, women who declare, “That’s it!” create an indisputably powerful force. In learning about sacrifices made by trailblazing females in the pursuit of equality, individuals worldwide may become inspired to display the same fortitude in their personal lives. Then, and only then, may we confront and dismantle the intersectional frameworks of systematic injustice.

Shows will take place on Feb. 9, 10 and 11 in Helms Theatre on Arts Grounds. General admission tickets are $5 for students and $15 for non-students. 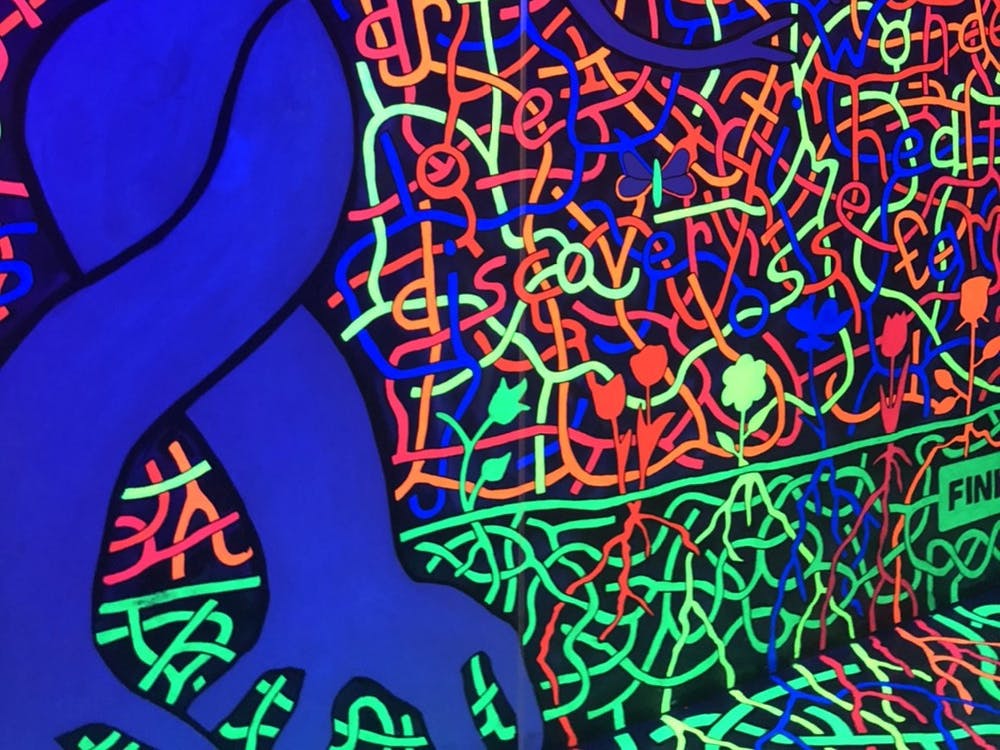 Through ‘The Looking Glass’

By Eva Sirotic | 9 hours ago

"The Looking Glass" advertises itself as a “whimsical wonderland,” inviting visitors to leave real life behind — which people are all too eager to do right now — and enjoy an otherworldly experience. 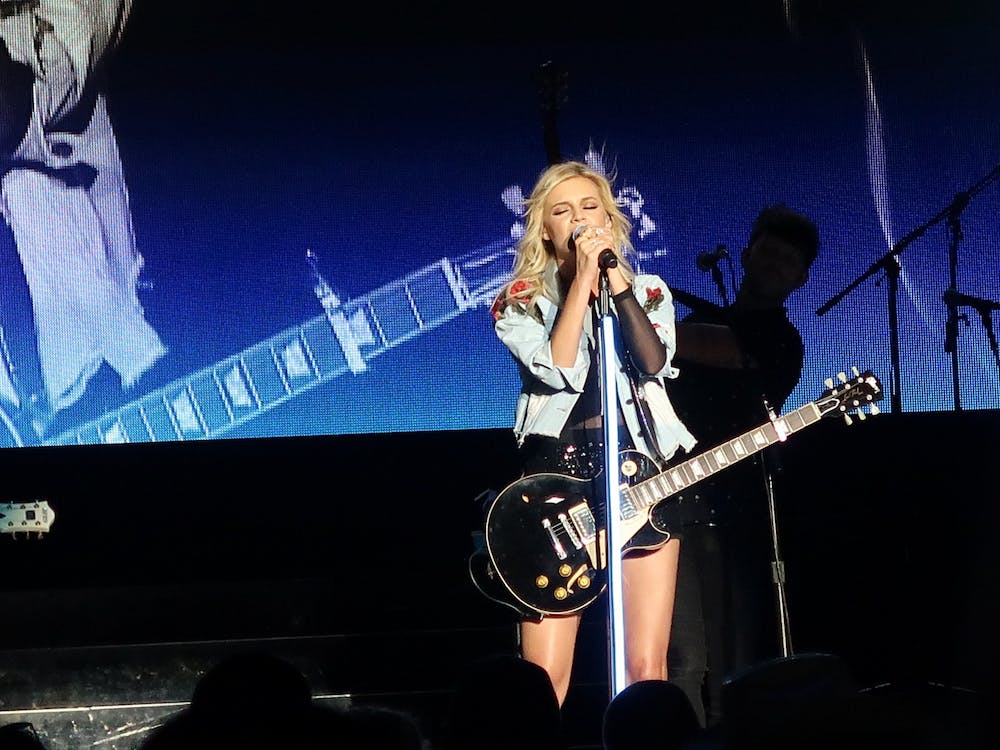 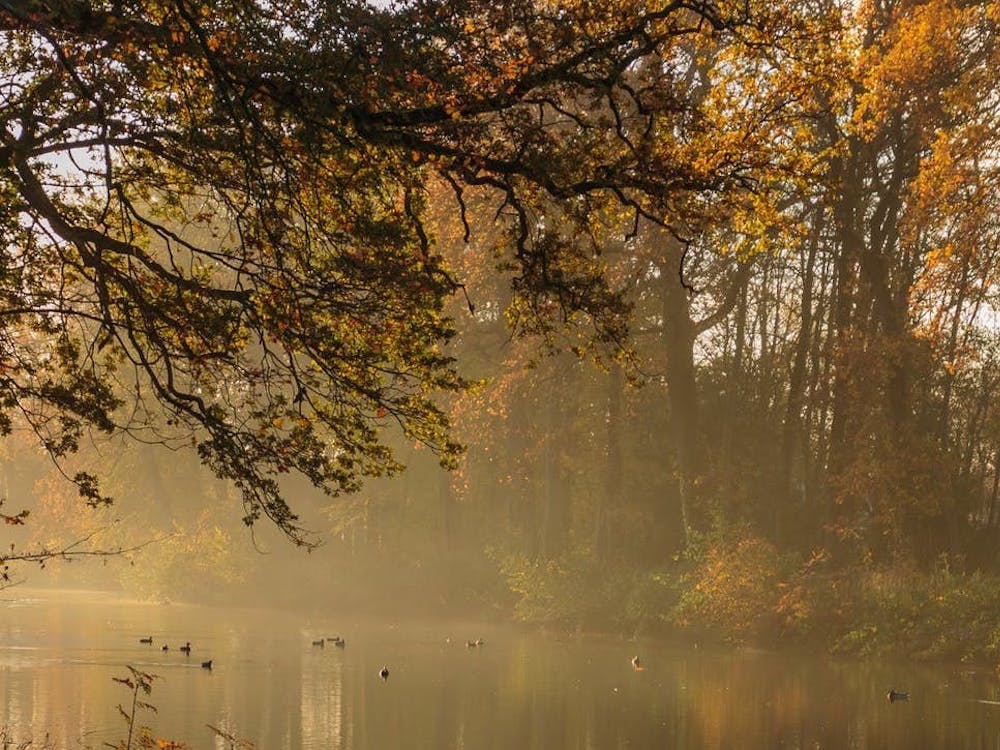 By Lauren Whitlock | 4 days ago