While Housing and Residence Life cites Resident Advisors as being integral to “the development of a residence community that fosters personal and academic growth and, in the case of first year and transfer students, eases the adjustment to University life,” some RAs have expressed that the rent-free bedroom and limited meal plan HRL compensates them with is not enough.

“Being a RA is a 24-hour job and the financial compensation that a RA expects in their SIS account is really nowhere near the equivalent of what they work for or what they deserve,” said Melissa Angell, a 2018 College graduate who served as a Resident Advisor from August 2016 to May 2018.

Many RAs say they are driven by a desire to serve the University community rather than for the compensation the position gives them. However, some have voiced particular concern that their limited meal plans may not provide enough benefits for them to adequately nourish themselves.

Currently, RAs are compensated with a meal plan of 80 meal swipes and 130 plus dollars per semester. Meal swipes can be used to eat at the University’s three all-you-care-to-eat dining halls — Newcomb, O’Hill and Runk — and plus dollars can be used to purchase food items at any dining facility run by the University. This includes the dining halls, cafés like Rising Roll and convenience stores like 1819 Supply.

Despite these increases, some former RAs say that the compensation package is not extensive enough to ease the difficulty they have historically faced providing meals for themselves, especially with limited access to kitchens.

According to HRL, the rationale behind each component of the RA compensation package is to foster bonds between RAs and their residents.

“RAs are provided with a rent-free room so that they can live within the residential community that they lead,” Associate Dean of Students Andy Petters said. “The Resident Staff Meal Plan is provided so that RAs can further enhance their strong relationships with their residents over meals in the residential dining halls.”

RAs are given a room right next to their residents and access to the on-Grounds dining facilities — for which their first year residents are required to purchase a meal plan that offers unlimited meal swipes. Many of their other residents also choose to have a meal plan — HRL says it aims to create an environment where the lives of RAs can be closely interconnected with the lives of the residents they serve. According to 2018 College graduate Maeve Curtin, who served as an RA from August 2015 to May 2017 and is currently at the Batten School pursuing her a Master of Public Policy, these methods of compensation are at least partially accomplishing their intended purpose.

“One of the huge benefits to having a meal plan was the interaction it facilitated with my residents,” Curtin said. “Without the meal swipes to go have meals with my hall or even other RAs, I would have certainly missed out on some of that critical bonding and those memorable conversations shared over meals.”

Debate over the compensation’s adequacy

Rebecca Soistmann, a fourth-year in the College who served as an RA from August 2016 to May 2018, echoed Curtin’s sentiments about the importance of giving RAs a meal plan as a means to connect with their residents. However, she said that the plan she was provided did not allow her to do so adequately. With only 50 meal swipes and 130 plus dollars per semester, she had to rely on her residents to get many meals.

“I planned all of my one-on-one meetings, roommate contract meetings, and hall dinners in the dining hall,” Soistmann said. “Then, whenever we went I would say [to my residents], ‘Hey friend, wanna swipe me in?’ So, I got myself a good 20 to 30 free meals each semester.”

Current RAs were unable to comment on this year’s addition of 30 more meal swipes, as their contract with HRL does not allow them to speak with the press. However, with approximately 108 days in the fall 2018 semester excluding breaks, 80 meal swipes do not allow RAs to have one meal in the dining halls per day. Without meal swipes, eating at the on-Grounds all-you-care-to-eat dining halls costs $8.75 for breakfast, $10.85 for lunch, and $11 for dinner — totaling to $30.60 for a day’s meals. The 130 plus dollar allowance would only allow RAs to purchase between 11 and 14 additional meals at the dining halls. This totals to a maximum of 94 meals per semester.

Some RAs attest that while their meal plan is not robust enough to fuel them on a daily basis, their living spaces also do not have the amenities they need to be able to make food. The on-Grounds buildings that RAs are required to live in only have communal kitchens and have restrictions on the types of food preparation machines residents can have in their rooms.

“I had to cook, and it was very difficult because my third year I had a kitchen, but it was quite a hike from my personal dorm to the communal kitchen,” Angell said. “It was also very difficult not having a car on Grounds because I had to utilize different resources to obtain groceries, lug my groceries home and then cook. My fourth year was [also] very difficult because my kitchen did not have a stove. I found myself being pushed toward eating either on the Corner or just out in general, which was frustrating given the additional expenses dining out incurs.”

While it is widely believed that the expansion of the meal plan is a step in the right direction, some past RAs feel that HRL still is not fully addressing the needs of RAs.

“I think that the start is the meal plan that they started with this year,” Angell added. “I think that they should continue expanding that. I do believe that RAs should have the All Access [7] meal plan, just because it is difficult living in dorms when you don’t have a kitchen. It is very difficult to provide for and feed yourself full-balanced meals in that situation.”

“You’re requiring all the first years to have an unlimited meal plan so that they are fed no matter what,” Soistmann said. “But, then you are telling RAs, who aren’t first years but still live in the same area with the same resources, ‘Oh, guess what? We are only going to feed you three times a week and give you eight plus dollars a week. So, good luck. Have fun!’ It’s not enough.”

Comparisons between other state schools

At William & Mary and Virginia Tech, RAs are also provided with a rent-free bedroom and, instead of getting a meal plan, are given a bimonthly stipend. Past RAs at the University have shown curiosity about employing a similar stipend system at the University.

“It might be cool if they did a smaller stipend and maybe some meal swipes,” said Soistmann, who was attracted to the ability to spend a stipend on commodities beyond on-Grounds dining services but still liked the mealtime bonding that meal swipes foster.

Regardless of whether or not receiving a stipend is a favored system of compensation, the stipend that William & Mary and Virginia Tech’s RAs receive is of greater monetary value than the meal plan that the University’s RAs receive.

Although the RA meal plan is not offered to the larger student body and thus does not have a published price, HRL reports that the plan costs them $960 per RA each semester. This totals to a yearly expense of $1,920 per RA, which is less than the stipend that both William & Mary and Virginia Tech’s RAs receive.

The total monetary value of the RA compensation packages between the University, William & Mary and Virginia Tech is not equalized by money saved from rent-free housing. For the 2018-2019 academic year, a single bedroom on Grounds costs between $6,590 and $7,580 for the year depending on the location. Meanwhile, at William & Mary a single on main campus costs $7,858 to $8,718 for the year, and at Virginia Tech it can range from $7,790 to $10,516 for the year depending on the location.

Method of compensation aside, these calculations suggest that, monetarily speaking, University RAs are being given less than their peers at other Virginia universities.

Not the main motivator but an important factor

However, many of the University’s RAs do not take the position for the financial benefits offered, but rather because they are passionate about giving back to and improving the on-Grounds housing communities.

“I think the main motivating factor for me to become an RA was that I personally had such a great first year experience, and I wanted to help replicate that for other incoming first years,” Angell said.

Both Soistmann and Curtin also said that they were motivated to become RAs because of the positive upperclassmen mentors they had their first years and their desire to help first years navigate the ups and downs of college life.

“I loved my experience as an RA and it was undoubtedly one of the most meaningful things I ever did at U.Va,” Curtin said. “I always saw my role as an RA as a service to the U.Va. community and my residents. I never approached the job thinking about what I could get out of it; it was always about what I could give.”

These motivations to take the RA position as a favor to the community are somewhat aligned with HRL’s reasoning for providing a meal plan rather than a stipend like William & Mary and Virginia Tech provide. HRL says it provides RAs their compensation so that they can use it as a means to serve.

“Every institution has a different way that they choose to compensate their RAs,”  Petters said. “We have determined that RAs can connect with residents through sharing meals.”

However, past RAs are raising the concern that the current meal plan provided to RAs is not expansive enough to allow this ideal to flourish.

“If [giving RAs the ability to share meals with their residents] is the goal of Housing and Residence Life [when] providing a meal plan rather than a salary, then I think that they should provide a complete meal plan that covers three meals a day,” Angell said. “I think that the expansion of the RA meal plan was a good start, but it is certainly no more than the tip of the iceberg, in my opinion,” she later added.

It may be some time until the “iceberg” is fully addressed. After this year’s increase in the meal plan, Petters said that he does not foresee HRL making any changes to either the monetary value of RA compensation packages or methods of compensation in the upcoming school year. 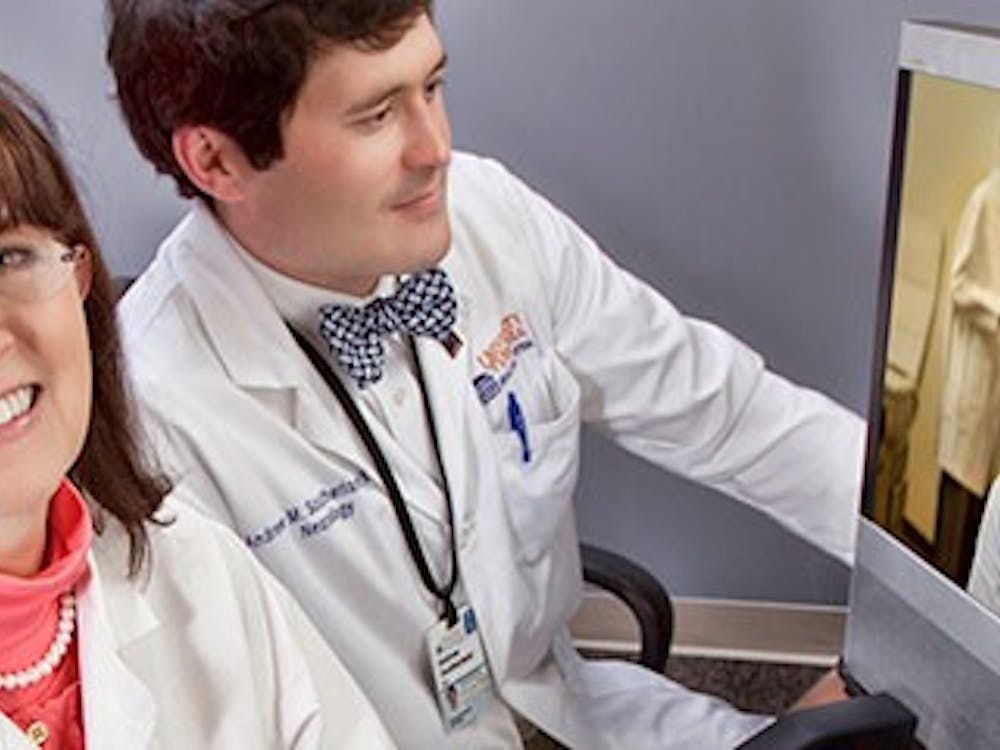 Although the post-COVID-19 future is still nebulous, more physicians and patients are becoming comfortable with digital interactions, especially if it saves on travel time and expenses. 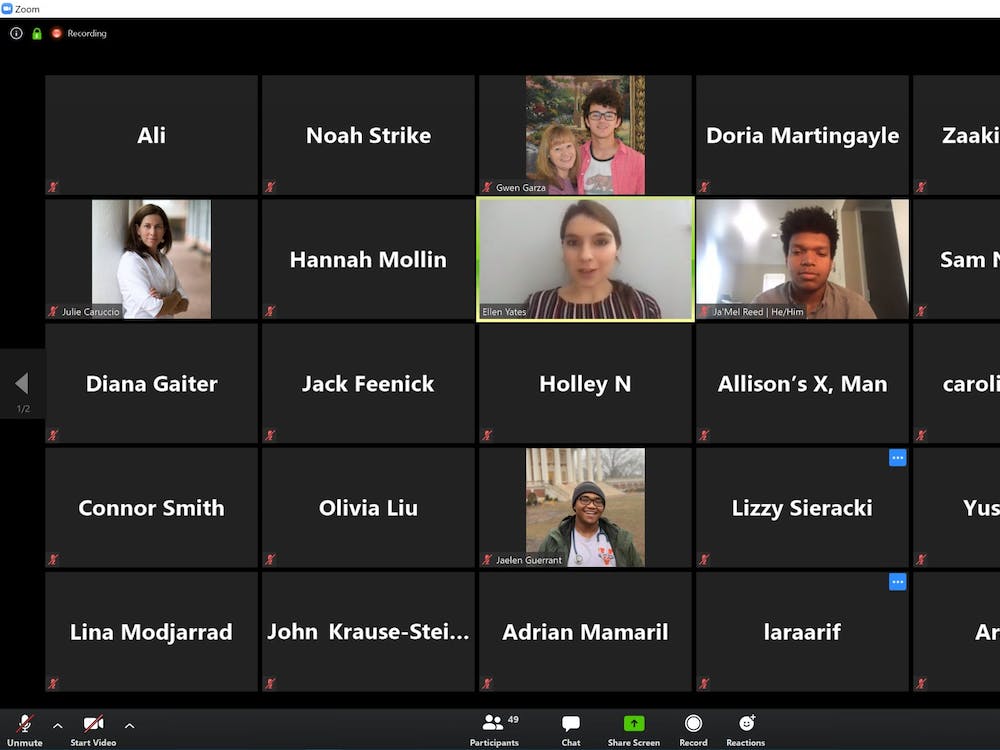 Throughout the town hall, Reed made one message clear — the committee is still considering all possibilities for fall 2020. 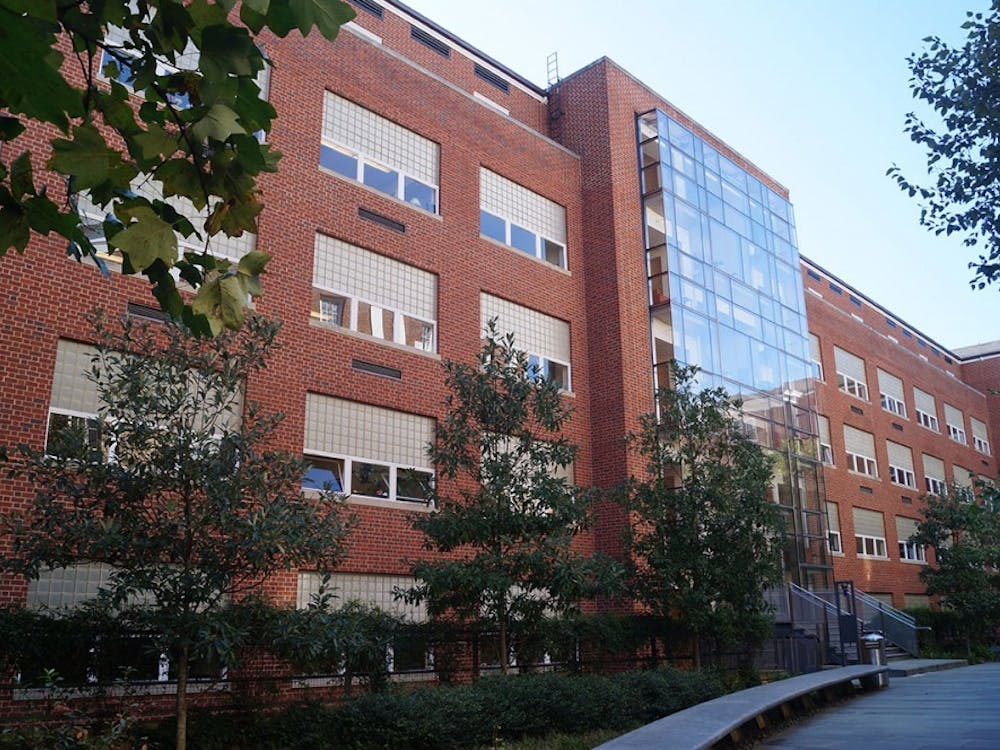 The recent gift is the largest lifetime pledge ever directed to the College, according to the announcement.