Jukebox the Ghost’s apocalypse, then and now

Doomsday approaches. Homeless street preachers, once dismissed as lunatics, are promoted to prophets. Miss Templeton, a mysterious figure who also has oracular tendencies, suffers recurring nightmares of Satan conducting strange business deals. God Himself appears, apologetic but determined to destroy His creation and its inhabitants. Among all the cataclysmic mayhem, normal humans are trying their best to stay alive, and maybe even to find love — while they still have the chance.

This isn’t a long-lost Douglas Adams novel, nor is it the plot of a romantic apocalyptic dramedy à la “Seeking a Friend for the End of the World” (2012) or “Warm Bodies” (2013). It’s the storyline found in 2008’s “Let Live & Let Ghosts” — the theatrical, subversive and wonderfully original debut album of power-pop group Jukebox the Ghost.

Today, the band is not known for risky choices. Their latest work, 2018’s “Off to the Races,” is a mind-numbingly drab album that feels much longer than its 33-minute runtime. Through 10 tracks with self-defeating titles like “Boring” and “Simple as 1 2 3,” topics like love, loneliness and how to “make the world a little colorful” are taken on. The group sounds as tired as listeners will likely feel by the album’s end.

It wasn’t always like this. Only about a decade ago, Jukebox the Ghost was spinning musical tales about Judgment Day — wild, frightening, thought-provoking songs. Die-hard fans of the band haven’t forgotten. Neither, apparently, has their onetime label Yep Roc Records, which released a commemorative vinyl of “Let Live & Let Ghosts” March 15.

For an album about the apocalypse, its opening track “Good Day” is deceptively cheery. Narrator Ben Thornewill, who splits the album’s vocals with Tommy Siegel, wishes to invite everyone he’s ever known, “dead and alive to a street where [they] can be finally free.” The otherworldly block party is accompanied by Jukebox the Ghost’s trademark combination of guitar, drums and keyboard — an explosive mix of sound more common with Broadway productions than indie bands.

Sonically, in fact, the entire album is cheery. Although some songs dip into more menacing or emotional sounds — “Static” and “My Heart’s the Same,” respectively — most of “Let Live & Let Ghosts” deals in the most gleeful pop imaginable. Listeners who don’t follow the story will have no qualms dancing to the music, but anyone who actively participates with the album finds a disturbing dissonance between the tune and the tale. As Siegel sings flippantly in penultimate track “Where Are All the Scientists Now?,” “It’s the end of the world, la da di da da da da da.”

This dissonance is part of the album’s genius, and it’s exponentially more notable because any such tension has since drained out of Jukebox the Ghost’s albums. Their 2010 follow-up “Everything Under the Sun” still depicts a few cataclysmic events and some existential musings, but in 2012’s aptly named “Safe Travels,” a shift away from the shocking had already begun. “Off to the Races” marked a complete transformation — the shallow lyrics, most of them about love, fit perfectly with the sunny music.

To be fair, some of the songs found on “Let Live & Let Ghosts” deal with love, too — or at least with relationships. Of the album’s 12 tracks, five of them have arguably more to do with dating and romance than they do Judgment Day. Even these, however, tend towards the subversive. “Under My Skin” and “Victoria,” both belted out by Thornewill, contain lyrics laced with poison and knives — not to mention lines like, “I wish you were dead babe, I wish you were dead.” Whether listeners are meant to assume that these relationships are strained due to imminent death or whether these tracks are separate from the main storyline, their sentiments aren’t out of place.

“Let Live & Let Ghosts” is a tightly packed, ambitious album, brimming with Biblical references and bizarre recurring images and phrases. Each song merits an article’s worth of analysis, and this too speaks to the once-great complexity of Jukebox the Ghost and just how far they’ve fallen — what is there to analyze, for instance, in lyrics like “I don't even think you know my name / Problem is, I love you just the same”?

Everything the band wrote post-2008 pales in comparison to the unforgettable images of their debut. In “Beady Eyes on the Horizon,” a corpse is depicted “slumped over the steering wheel / Of an interstate runaway bursting into flames.” Crowds “ten thousand strong” congregate in “Static,” “burning their draft cards” and “desecrating photographs.” The Christian deities are referenced throughout the album, but God becomes a direct presence in “Fire in the Sky,” the 56-second prelude to the finale. Astronauts observe the “wrinkles on God’s face” — then, the Lord visits Earth to inform its inhabitants that they’re all about to die.

“Let Live & Let Ghosts” proceeds to launch into its two-part closing — “Where Are All the Scientists Now?” and “A Matter of Time.” In a sprawling, clashing instrumental segment, the apocalypse is carried out, true to God’s word — but inexplicably, Siegel joyfully exclaims “We survived!” The use of “we” includes the listeners, who have been waiting with bated breath to learn of humanity’s fate. Hearing that the worst is over fills listeners with the same jubilation exuded by Siegel.

Jukebox the Ghost shouldn’t be criticized for moving to other musical territory, of course. Variation is key to the output of a musical group, and if they had tried to replicate their first effort, the pattern would have gotten old — it almost gets old the first time. As often as it is brilliant, “Let Live & Let Ghosts” is contradictory, overreaching and even obnoxious. Not every album a band creates must be an epic, conceptual work of art.

But Jukebox the Ghost hasn’t displayed a dynamic shift — rather, theirs is a slow slump into power-pop mediocrity. The majority of what the band puts out today sounds like a less-inspired Ra Ra Riot or Passion Pit on a particularly listless day.

True to the existentially fraught nature of “Let Live & Let Ghosts,” the album doesn’t end on a wholly happy note. In the final track “A Matter of Time,” the narrative switches to a second-person “you” — “You were amazed you were still living / To celebrate this new beginning” — now directly addressing the listeners with only good news. But there’s a caveat. A refrain shows up over and over — “You keep on pissing to keep on drinking / You keep on eating to keep on s—tting / Time will wear you down.” You’ve survived the apocalypse, Siegel and his band are saying, but death is still on its way. The final words of the song and the album remind you that “it’s only a matter of time” before the inescapable — your own personal apocalypse — takes place.

Jukebox the Ghost’s personal apocalypse took place when the band stopped drawing from Biblical imagery and their own freakish imaginations and instead took cues from their power-pop contemporaries, becoming one of the blandest bands in the genre. It may be reversible — glimmers of genius show up in even the most unimaginative tracks — but in the band’s current incarnation, “Let Live & Let Ghosts” is their spectral monument to former glory. 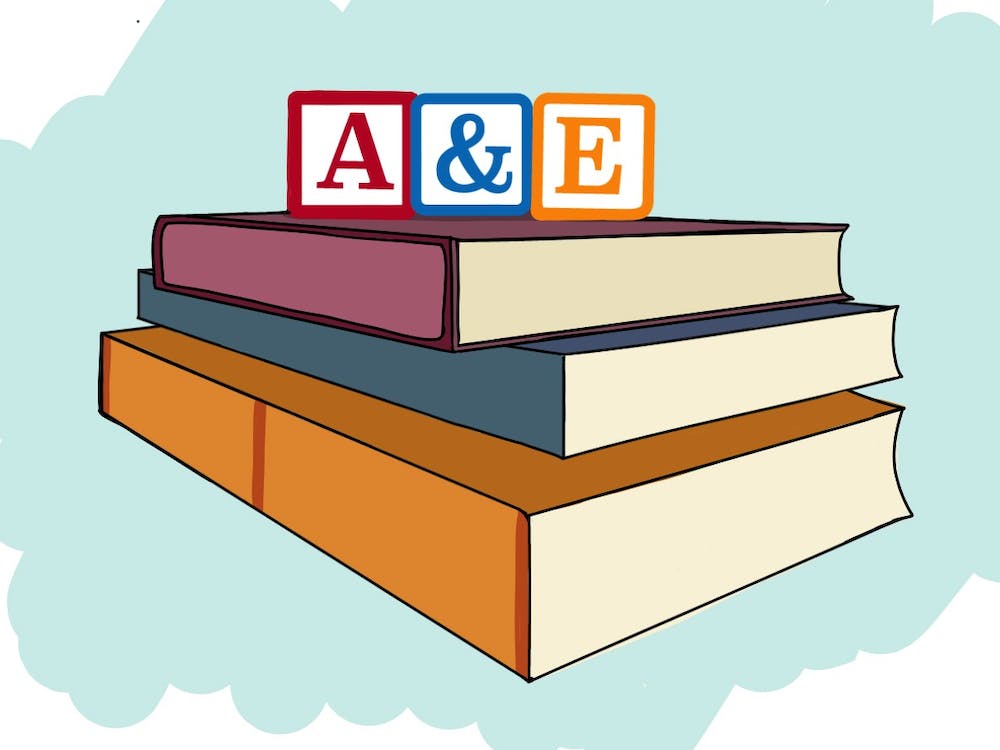 By Lauren Whitlock | 3 hours ago 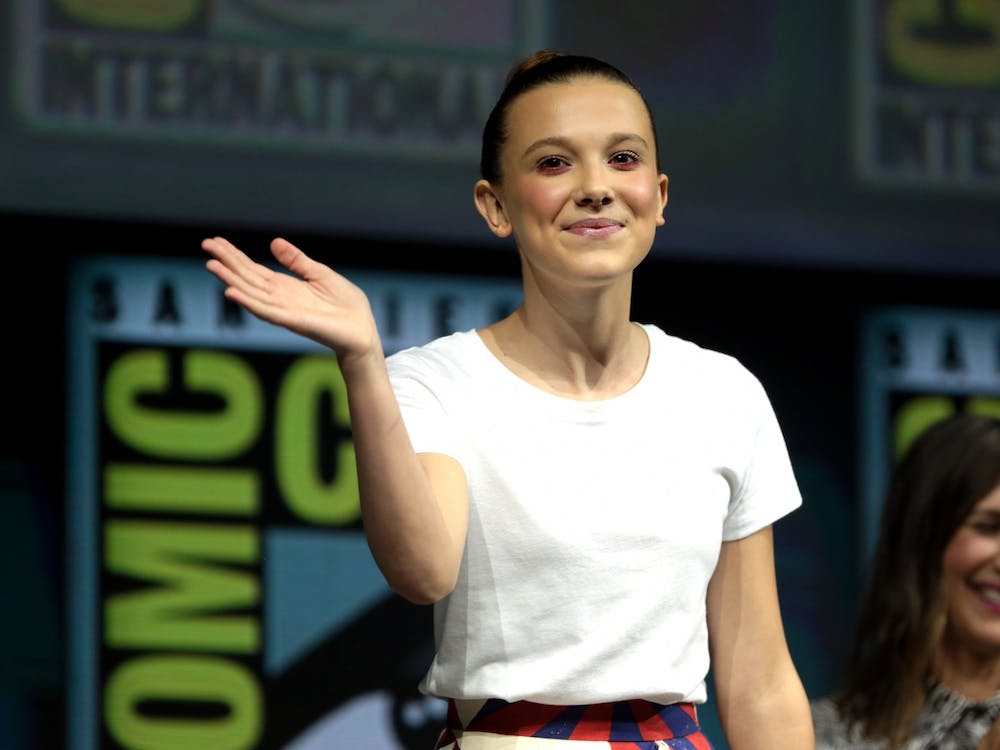