Seven years ago, Toni Morrison (1931–2019) delivered a Harvard Ingersoll Lecture titled “Goodness: Altruism and the Literary Imagination.” The 2012 speech questioned why, in popular media, the presence of evil is so emphasized while “goodness sits in the audience and watches.” Morrison then examined instances of goodness in her own novels, advocating for an increased representation of human charity and kindness, of “allowing goodness its own speech” — which, she argued, leads to the “acquisition of self-knowledge.”

When Morrison passed away in August at the age of 88, the world’s reaction was twofold. Her death was and continues to be mourned, but just as importantly, the incredible force of goodness she represented continues to be celebrated. As Barack Obama put it in a commemorative Instagram post, “her stories … will always be with us, and with those who come after, and on and on, for all time.”

This perspective — a focus on how to remember Morrison and keep her works in the public eye — is also held by Davíd Carrasco, Morrison’s colleague and longtime friend. Carrasco, a professor at Harvard Divinity School, will be present at the book launch of “Toni Morrison: Goodness and the Literary Imagination,” Wednesday in the Newcomb Hall Theater. “Toni Morrison: The Pieces I Am” — a documentary contextualizing her life and legacy — will also be screened.

In an interview with The Cavalier Daily, Carrasco had a lot to say in praise of both the book and the film. “You’re going to get as close to Toni Morrison as you’ve ever been,” he said, specifically about “The Pieces I Am.” “The film is absolutely amazing.”

Carrasco gave a brief synopsis, explaining how the film tracks Morrison’s life in great detail — from her work as a librarian to her role a significant editor in New York and finally her prolific writing career. He also said that Morrison herself has significant screen time, speaking directly to the audience about her process and reasons for writing, as well as discussing more personal matters.

“She talks about what it was like to be a single mother, to face a patriarchy in the publishing world,” Carrasco said.

Aside from Morrison’s significant contributions to “The Pieces I Am,” Carrasco cited several other talking heads featured in the documentary — including Oprah Winfrey, Angela Davis, crime fiction writer Walter Mosley and Carrasco himself, whose relationship with Morrison began in 1990 at Princeton University. The two met when he was a visiting professor, and their interactions went from intellectual to collaborative to friendly, he explained. Over the subsequent years, the two scholars assisted each other with research projects and even took trips together, like one to Mexico during which he and Morrison had dinner with Gabriel García Márquez and Carlos Fuentes.

In fact, Morrison’s Ingersoll Lecture at Harvard was thanks to Carrasco, who helped coordinate the lecture. He also ran a six-week seminar on his friend’s novels in advance of her visit, so that attendees could better appreciate and understand what she had to say. Carrasco’s seminar, which he said focused on the “religious dimensions” of Morrison’s work, was the seed from which “Toni Morrison: Goodness and the Literary Imagination” would grow.

“People were really engaged with her work,” he said. Of those who attended his seminar, a group of professors expressed interested in writing essays about specific religious topics found in Morrison’s novels. Thus, the book was born.

Carrasco, who is one of three editors of the essay collection, stressed that the authors are not Morrison experts. “These are people reading her, sometimes for the first time, and uncovering these religious dimensions,” he said. Their analyses and arguments are far reaching, he added, not just focusing on religion or “goodness,” but “go[ing] wider than that.”

The scope of the essays is broad, ranging from topics as niche as the black communities of Oklahoma and concepts as broad as home — specifically, how the nature of home changes when one is a displaced and enslaved person.

Carrasco did not dwell too much on the Wednesday event itself, where he will speak alongside Deborah McDowell, Professor of English and Director of the Carter G. Woodson Institute. Instead, he chose to focus on how the book and film are vehicles to make clear Morrison’s genius. To this end, he paraphrased one of his quotes from “The Pieces I Am.”

“Toni Morrison is the Emancipation Proclamation of the English language,” he said. “If you want to understand how an African-American writer has revitalized the American novel, this is the film to see.” It’s the “best invitation to reading Toni Morrison,” he said, but late in the interview revised his opinion. “It’s an invitation to meet Toni Morrison.”

“Toni Morrison: The Pieces I Am” will be screened Wednesday, Oct. 16 in the Newcomb Hall Theater at 5 p.m. A panel and book signing with Carrasco and McDowell will follow.

By Zach Rosenthal | 13 hours ago

According to University Provost Liz Magill’s email to Hancock residents, prevalence testing identified 7 of the 16 cases. 115 students live in the building. 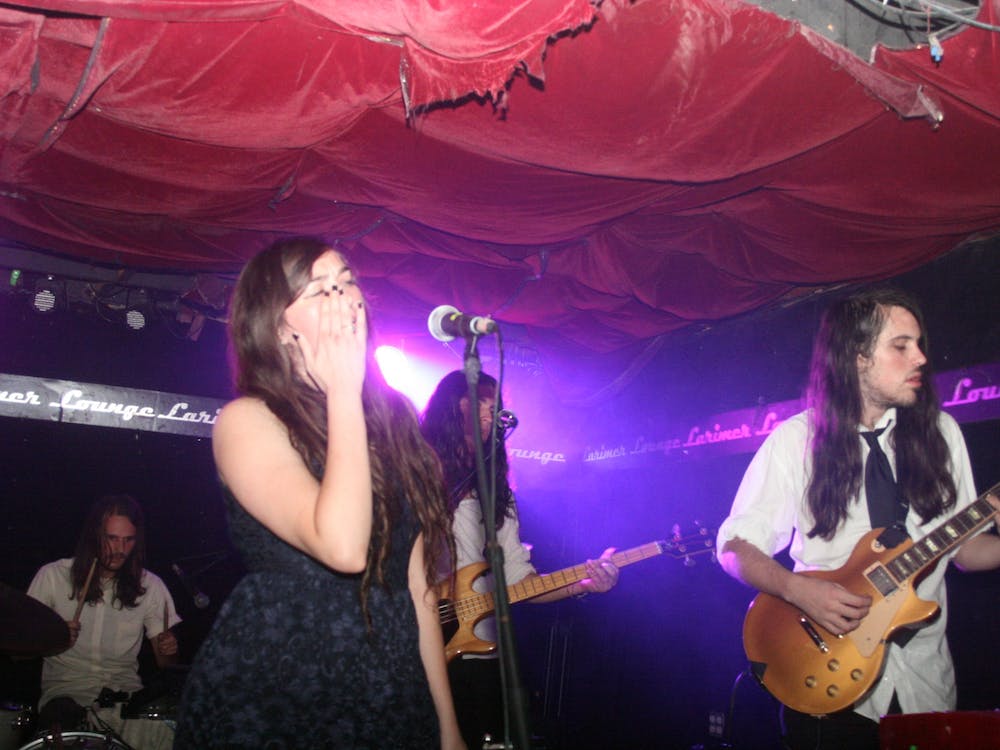