From hometown stardom to joining Virginia men’s basketball, Shedrick is a force to be reckoned with

Despite the limitations of red-shirting, Shedrick’s first season will definitely be advantageous to his development in future seasons if his growth turns out to be anything like that of redshirt senior Mamadi Diakite and redshirt junior Jay Huff.

Gone are the high-school themed outfits coloring basketball stands full with friends cheering your name — one can only imagine the pressure of transitioning from a team that revolved around a small-town star to a team fresh off of winning a national title.

Despite this frightening idea, 6-foot-11 freshman forward Kadin Shedrick is not fazed.

Hailing from Holly Springs, N.C., Shedrick averaged 15.9 points per game between his junior and senior seasons. Shedrick was responsible for 934 points throughout his entire career at Holly Springs High School according to MaxPreps. Playing at center, he was, and still is, a force with which to be reckoned.

Shedrick didn’t start playing basketball full-time until his junior year of high school — a fact that makes his story even more unique.

“[Shedrick] is one who is willing to delay gratification, and I think it’s part of his intelligence and coming from a strong family,” Holly Springs basketball Coach L.J. Hepp told the News & Observer, tying back to his late-blooming basketball interest.

Initially, Shedrick was interested in baseball, but as he started growing, Hepp said Shedrick began to enjoy playing basketball a little more and to work hard at it.

Childhood friend Trey Redfield also has much to say about Kadin Shedrick’s transition into basketball. Redfield met Shedrick in sixth grade and the two were teammates on a Holly Springs recreational basketball team.

“I always knew Kadin would be a star,” Redfield said. “No matter if it was baseball or basketball I knew he would be the hardest working player in his sport. He’s a great kid, and that is something that will not change.”

Shedrick’s character is validated by peers like Redfield, his 2017-18 Player of the Year award, Coach Hepp and his self-effacement on the court.

By senior year, it was no wonder HighSchoolOT reported that Shedrick had more than 30 offers when it came to recruitment time — Florida, Louisville and Xavier were just a few of the main contenders.

“The coaching staff played a big part in me choosing U.Va.,” Shedrick said. “They were up front … about what I could expect, and I liked that.”

Part of being up front means that Shedrick will possibly be redshirting under Coach Tony Bennett’s “long-range plan.”

“As [Shedrick’s] body fills out, he has a big upside on both ends of the floor,” Bennett told ESPN.

From previous interviews, Shedrick seems optimistic towards bulking up and using this season to adjust, similar to previous redshirts like Jack Salt, Mamadi Diakite and Jay Huff — all of whom played vital roles in the Cavaliers’ 2018-19 campaign. Despite the limitations of red-shirting, Shedrick’s freshman season will definitely be advantageous to his development in future seasons if his growth turns out to be anything like the aforementioned players.

One might presume that the transition from high school to collegiate athletics is daunting, and Shedrick believes nothing different. He suggested that the biggest difference between the two levels is the “intensity in practices.”

“Facing the challenge of guarding guys like Mamadi and Jay every practice is a lot,” Shedrick said.

Despite the challenge, Shedrick seems to be doing just fine. He enjoys spending time with his teammates and commented that his favorite perk of being an athlete is “having a group of guys all around you all the time that you know will have your back.”

Another critical factor in Shedrick’s adjustment was his early arrival to Virginia to begin practicing and familiarizing himself with the team. Over the summer, Shedrick was able to orient himself with the University as well as get into a routine. Getting used to college isn’t easy for anyone, but the Virginia basketball program has made Shedrick’s college transition smooth.

When asked about his expectations for the upcoming season, Shedrick said the team is “poised to surprise a lot of people,” and that he’s excited for the season to begin.

Undoubtedly, Cavalier fans will be sad to see some faces missing from the court this year. However, the new faces — if anything like Shedrick — surely will not disappoint. While this time the crowd will be a sea of orange and blue of fans from across the state, it won’t take long before the small-town star has Virginia fans cheering his name.

Men’s basketball is scheduled to tip off Nov. 6 at Syracuse at 9 p.m. and will be broadcasted on the ACC Network. 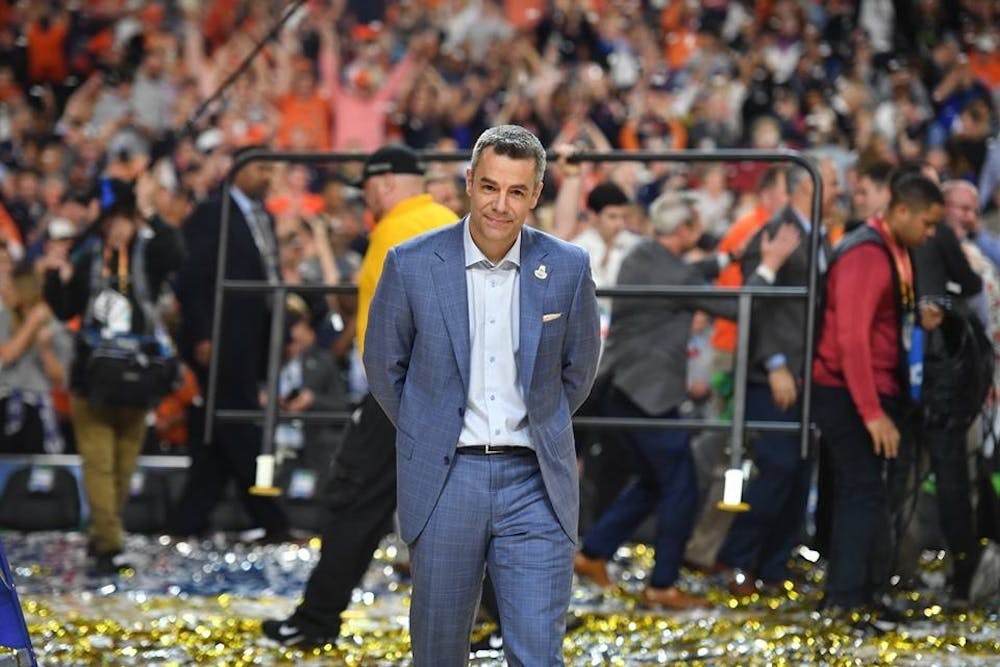