Preventing hospital readmissions with the help of artificial intelligence

The University Health System’s data science team recently advanced to the next stage of a nationwide competition to apply artificial intelligence to hospital readmissions, a persistent and costly issue. Sponsored by the Centers for Medicare and Medicaid Services, the inaugural Artificial Intelligence Health Outcomes Challenge initially received hundreds of applications. CMS chose only 25 submissions, the University’s among them, to execute their proposed strategies.

A few years ago, in order to significantly reduce unplanned readmissions to the hospital, the University initiated efforts to develop a cutting-edge — yet easily accessible — solution to this widespread problem. Bommae Kim, senior data scientist for the University Health System, began pursuing remedies for the epidemic of readmissions in 2018.

“Usually, after a patient was discharged, they couldn’t manage their disease for some reason, so we’re trying to figure out what that reason is and help,” Kim said.

The University Health System’s data science team found that three percent of patients at the University constitute 30 percent of readmissions within the first 30 days following release from the hospital, while the majority of the remaining 70 percent return within a year. After identifying the need to decrease such adverse events, data scientists in the University’s Health System, such as Jason Adams, turned to artificial intelligence to target key factors that contribute to a patient returning unnecessarily to the hospital.

“The purpose is … to take this amount of information and in an automated way to tell that a person is at risk and what is the course of action that can best help that patient,” Adams said.

Kim acts as project leader alongside a team of data scientists and information technology personnel. Overseen by Jon Michel, director of data science for the University Health System, the researchers produce models that help predict the likelihood of readmission and subsequently provide actionable advice for physicians.

Only a year or so later in 2019, CMS announced a competition to tackle the same challenge. CMS directed participants to employ the computing power of artificial intelligence to construct a model that accurately and efficiently flags patients at risk of returning to the hospital for non-routine treatments. More than 300 applicants submitted proposals during the launch stage of the challenge.

The University was one of only 25 groups selected to advance to the next stage, vying with organizations such as IBM, Deloitte and the Mayo Clinic for the $1 million grand prize and utilization by the CMS Innovation Center to determine payment and service delivery strategies.

“We’re doing this for our U.Va. patients, but it would be nice to win the competition because then we can deploy our approach at the national level,” Kim said. “We believe in our approach.”

For this phase of the competition, CMS distributed Medicare claims data to the remaining teams. Claims from all across the country provide the opportunity to fine-tune the University’s model with data outside of the University Health System. According to Application Systems Analyst Programmer Angela Saunders, the supplemental details will prove beneficial for the University’s models.

Saunders did point out challenges with the millions of rows of data, which require extensive resources to simply store in an environment suitable for manipulation. Furthermore, inconsistencies lingered in the dataset from year to year, requiring the feature engineering team to sift and sort through the tables, standardizing entries and column headers, which detail the traits associated with each claimant.

“It’s not just a little data,” Saunders said. “We have exhausted a lot of resources just to get the data to consistency. Each year, things change just a little bit and so just getting it into a consistent format is a lot of the battle.”

Based on the team’s assessments, much of the feature engineering portion of the project — at least the preliminary round of it — has been completed. The next step involves transporting data to Rivanna, the University’s high performance computing system, and fitting predictive models to the data. Data scientist Rupesh Silwal, who helps design and evaluate multiple iterations of the modeling architecture, noted the importance of not only systemizing the entries, but also of ensuring sensitive medical data remains anonymous.

“The feature engineering team has cleaned the data, made sure everything makes sense from year to year and that all of the sensitive information is scrubbed so we can move the data to this other computing infrastructure,” Silwal said. “Part of our effort has been focused on getting the data in there and using it to set up a modeling environment to see if we can make predictions.”

Specifics regarding modeling techniques and factors employed in creating the University’s unique solution could not be revealed at this time, due to the proprietary nature of the ongoing competition. In broad terms, factors such as past utilization of certain hospital services like the Emergency Department or chronic conditions contribute to the initial formulation of the model, as they are indicators of high potential for readmission, data scientist Adis Ljubovic said.

“Those are fairly well-known and we’re using that as the baseline, but we also have the ‘secret sauce’ ones that are preventable,” Ljubovic said.

Other variables intended to capture financial, transportation and lifestyle information for patients also augment the standard determinants of readmission, while electronic medical records from the University provide documentation of trends in the University’s own health system.

“Data science techniques bring with them the potential for accuracy, for bringing in and ingesting larger datasets,” Ainsworth said. “The richness of the data gets recorded and putting up the information in front of clinicians that can help them take meaningful action is what we’re going for. If we can ... give them some sense of where preventative strategies might lie, that can support them in their goal of caring for patients.”

Several members of the team agreed a complex issue like hospital readmission calls for a collective approach. In the University Health System’s data science department, that can be a rare occurrence, several data scientists remarked, as their separate assignments often occupy most of their time. Senior Business Intelligence Developer Manikesh Iruku expressed appreciation for the chance to learn more about data science techniques, and others shared similar experiences when it came to exploring different subfields of data science.

Saunders and data scientist Valentina Baljak emphasized the confidence this collaboration has given the group to tackle new tasks.

“Frequently for us, we have our own projects and it’s a one-person project,” Baljak said. “Occasionally you collaborate with someone, but I don’t really think we had a project that involved all of us at the same time. That has been a great experience.”

Currently, competitors are finalizing their project packages to submit to CMS in February. CMS plans to winnow the field down to the seven best proposals by April. Regardless of the outcome, the University’s team plans to put their results and newly developed models into practice within the University’s Health System.

“In particular for healthcare, in some ways the best is yet to come in the data science world,” Ainsworth said. “The future is bright for data science in healthcare.”

By Will Krehmeyer | 13 hours ago

Virginia has dominated in outdoor events this year, which all led to four incredible days at the NCAA Championship.

By Sarah Pettycord | 2 days ago

Virginia is now one step closer to the National Championship — a title the team has been chasing since 2015. 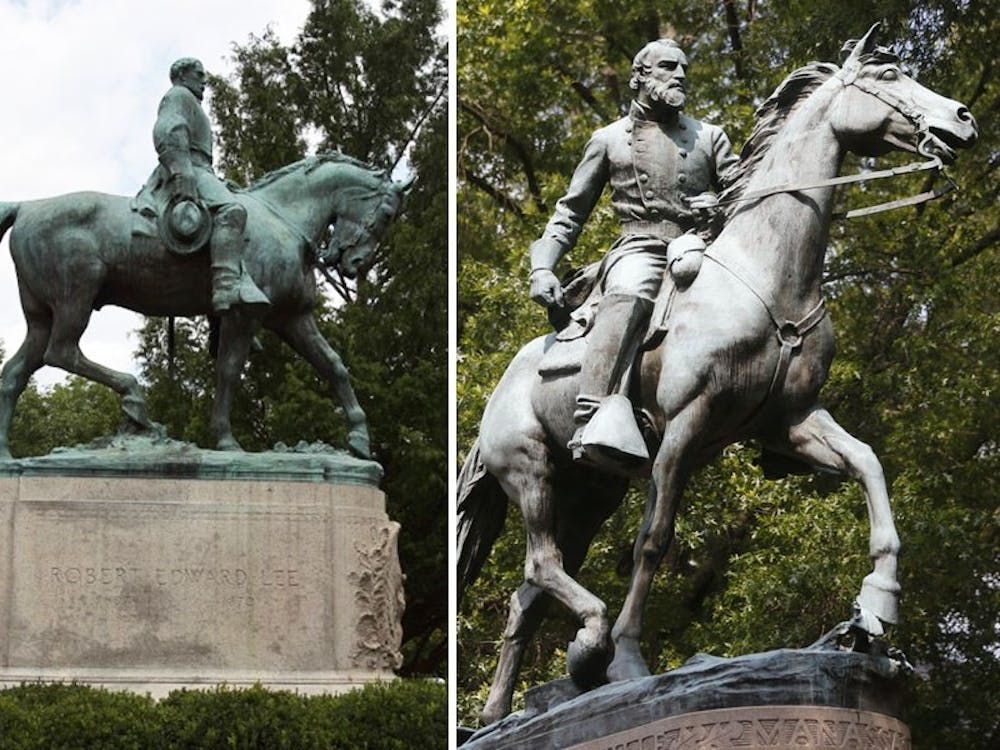 If either of the statues has not been transferred by July 8, the City may take additional action to have them covered, removed or placed in storage.