Following a dominant win over Air Force, the Virginia men’s lacrosse team was unable to continue its two-game winning streak, as it fell to North Carolina 16-13 on Thursday night. The visiting Tar Heels (7-0, 1-0 ACC) came into the contest as the top-ranked team in the country, with a 6-0 undefeated record on the line, and looked to take down the Cavaliers (5-2, 0-2 ACC) in their first ACC matchup of the season.

North Carolina got off to a fast start, with junior attackman Nicky Solomon and senior attackman Chris Gray both tallying goals within the first three minutes. Virginia sophomore attackman Payton Cormier was able to put the Cavaliers on the board with his team-leading 15th goal of the season. Solomon answered back for the Tar Heels, with Virginia senior midfielder Regan Quinn adding another as well.

The Tar Heels then took over with a 4-0 run, with goals by senior midfielder William Perry, junior attackman Jacob Kelly, junior attackman Brian Cameron and sophomore faceoff midfielder Andrew Tyeryar, who took the faceoff victory straight to the goal. The latter two goals occurred when the Tar Heels were a man down with an illegal stick penalty giving the Cavaliers a three minute full-time penalty. Ultimately, Virginia missed out on an opportunity to change the momentum of the game at that point.

The Cavaliers came out of the locker room strong, with Cormier registering two more goals and junior midfielder Jeff Conner adding another. North Carolina’s superstar Gray scored next, notching a hat trick, and the two teams traded goals to end the third period with the Tar Heels up 13-8.

Virginia senior attackman Matt Moore, who was just recently named to the Tewaaraton Award Watchlist, opened up the fourth quarter with a goal. Gray, who is considered by many to be the early-season frontrunner for the coveted award, notched his NCAA-leading 28th goal of the season, followed by a goal from sophomore defender Matt Wright to make things 15-9 in favor of North Carolina with just over 12 minutes left to play.

The Cavaliers kept fighting, with Quinn and Conner both netting their second of the contest and redshirt freshman attackman Connor Shellenberger recording two goals of his own to make things 15-13 with 1:35 left. On the ensuing play, North Carolina senior defensive midfielder Parker Alexander was called for a pushing penalty, giving the Cavaliers an extra-man opportunity, down two goals with a minute on the clock.

Virginia was unable to capitalize on the power play, something that could be said throughout the entirety of the game, as the Cavaliers recorded just one goal on eight extra-man chances. With time expiring, senior midfielder Justin Anderson sealed the deal for the Tar Heels, pushing the score to 16-13 with just 10 seconds left.

The Cavaliers struggled with shooting Thursday evening. They outshot North Carolina 62-48 but were only able to place 33 on goal and net just a fraction of those. North Carolina freshman goalie Collin Krieg put on a clinic, recording 20 saves in the contest.

“Give credit where credit’s due, he did have 20 saves on us,” Cormier said. “We took a lot of shots, and we [have to] shoot better.”

Virginia’s stars struggled to get clean looks on the cage, with Moore scoring two goals on 15 shots and Bertrand scoring only one goal on eight attempts. Bertrand, however, was able to add to his NCAA record 65th consecutive game with a goal.

Shellenberger was able to record five points on the day, continuing to lead the team in points. Cormier also notched a hat-trick, pushing his team-leading goal count to 17. Moore finished with two goals and two assists.

North Carolina’s attack proved to be too much to handle for the Cavalier defense, as Gray ended up with four goals and an assist. Solomon also filled the box score with three goals and three assists.

Virginia junior midfielder Petey LaSalla kept the Cavaliers in the game for most of the second period, going 21 of 31 from the faceoff X and 12 of 15 in the second half.

“[Have to] give a lot of credit to Petey LaSalla,” Coach Lars Tiffany said. “Carolina has two talented faceoff men, and Petey essentially took just about every faceoff for us, and he stepped up today, stepped up big.”

As Virginia looks to find its first conference victory of the year, the Cavaliers have an opportunity to rebound at home against Robert Morris on March 20. Faceoff is set for 3 p.m. at Klockner Stadium and will be televised on ACCNX. 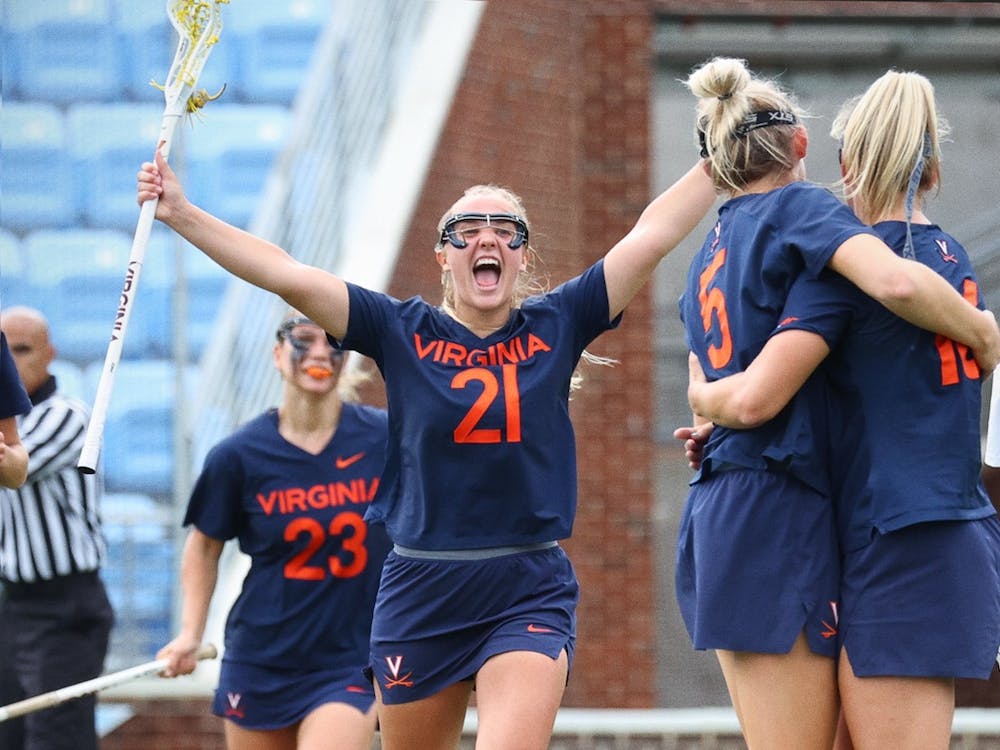 By Taylor West | 29 minutes ago 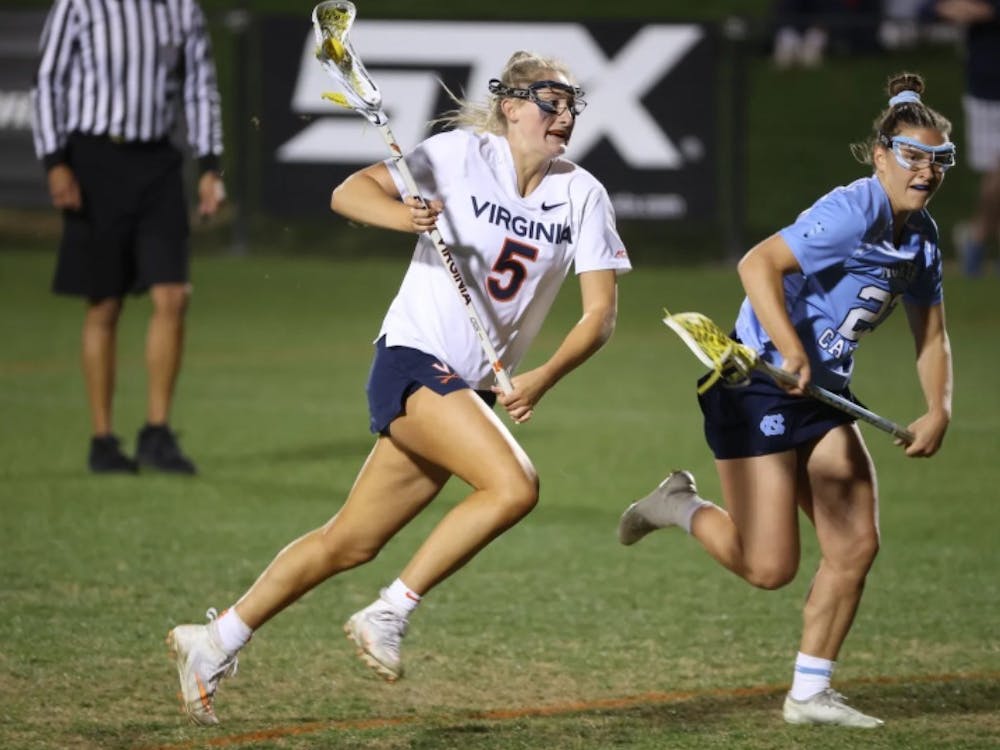 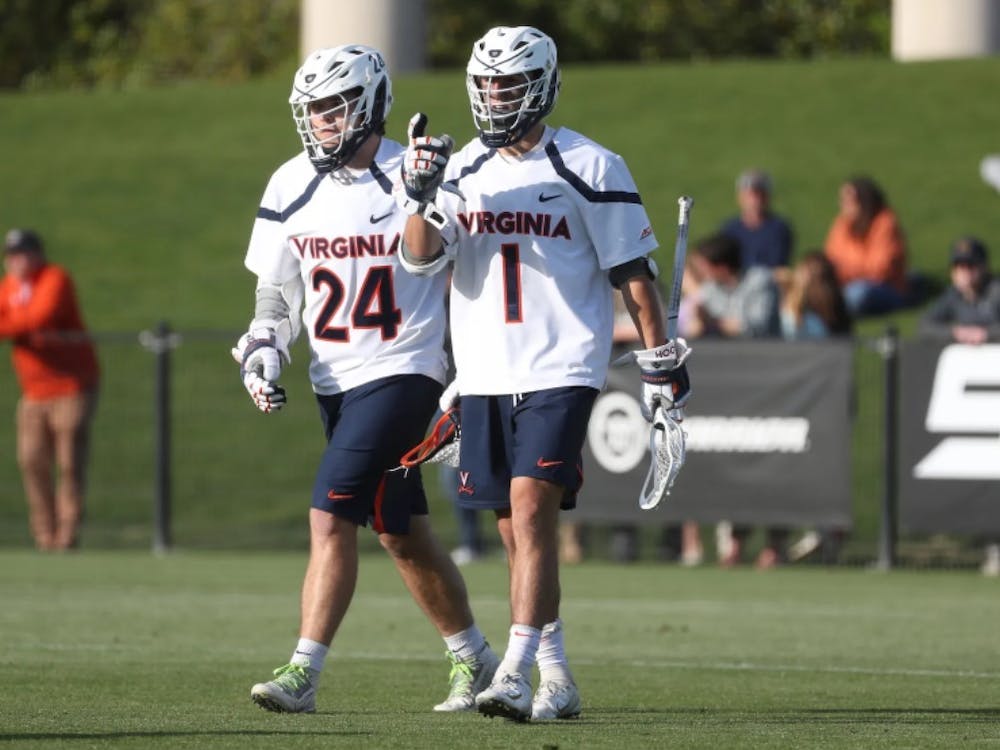