Demi Lovato begins a new chapter with most recent album

The star's new documentary and album are imperfectly perfect

Despite being bundled together, the album and documentary operate differently in narrating Lovato’s return. The documentary is an eye-opening glimpse into the events leading up to her overdose, past traumas, the impact her addiction had on loved ones and, of course, her recovery. It explores her addiction in an honest and raw manner. However, the documentary feels supplementary — and at times unnecessary — to telling Lovato’s story.

“Dancing With the Devil” is Lovato’s third documentary surrounding her recovery and addiction. At what point do the documentaries become vehicles to promote her upcoming musical ventures as opposed to a genuine way for the singer to share her story with fans? At the end of the day, Lovato is a singer-songwriter, and her story is best conveyed through music.

While the documentary seems unnecessary to her story, the album is her magnum opus. It is her most authentic work to date. The album does not see Lovato simply starting over, but being reborn. There is a comfort and confidence in her sound, vocals and lyrics that are absent in her other works. Lyrically, the album touches on her overdose, disordered eating, a previous engagement and newfound queerdom, amongst other topics. While these topics are heavy, Lovato approaches them with insight and strength — she no longer dances with the devil. Instead, she’s empowered in dancing with and by herself.

The best aspect of the album lies in the singer’s vocals. A known powerhouse, Lovato has released multiple power ballads in the past, such as “Stone Cold” and “Warrior.” The ballads are undoubtedly beautiful but often find her pushing the limits of her voice to sing over the tracks instead of with them. On the new LP, she reins her vocals in. Her riffs and runs glide along instrumentals to compliment them instead of dominating them. That being said, make no mistake — the powerhouse in Lovato is still present on tracks like “Anyone” and “Dancing with the Devil.”

While the album is her magnum opus, it is not without critique. Many of the features feel like rejects of the guest artists, with nothing distinctly Demi about the tracks besides her vocals.  Perhaps the most disappointing was “Met Him Last Night” featuring Ariana Grande. The track sounds like a throw away from "thank u, next" with its recycled trap beat and string intro. While many of Grande’s features prove to be underwhelming time and time again — see remixes like "Oh Santa!" with Mariah Carey and "Faith" with Stevie Wonder — Lovato and Grande are two “it girls" in pop music at the moment, so expectations were high for something other than a half-baked Grande replica.

Not only is the Grande collaboration underdeveloped, but the concept for the entire album feels incomplete. The first three tracks consist of booming ballads where Lovato is “Dancing with the Devil.” The other 15 tracks on the album find her mastering “The Art of Starting Over.” Although the first three tracks are gorgeous, they weigh it down by failing to stand out in comparison to upbeat and distinct sounds of the album’s second half.

Ultimately, neither Lovato’s album or documentary are perfect. But perhaps perfection is not Lovato’s goal with either work, but rather honesty and authenticity. The singer-songwriter is not aiming to be a sex symbol, an advocate or even a pop star. She’s shed all preconceptions listeners may have about her to truly start over. 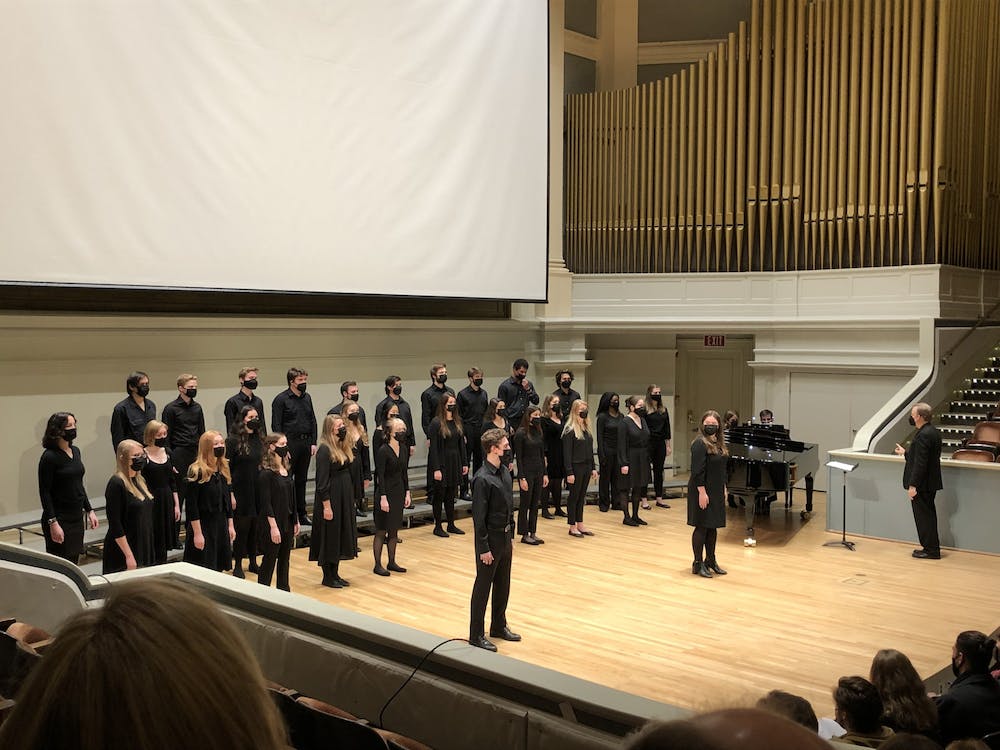