You da you da best

We’re all self-conscious. Kanye was the first to admit it, but Aubrey “Drake” Graham was the first to relish in it. A privileged child actor from the Toronto suburbs would’ve been crucified for attempting a rap career in the ’90s. But Drake ascended during the post-Kanye era of hip-hop, a time when bloodletting was as common as bloodshed.

Today, he stands as rap’s most popular artist and its most visible symbol of youth. Drake continues to rewrite the genre’s rule book, defending the right to be tender and emotionally candid, to meld hip-hop with black pop and R&B until classification becomes moot, to eschew piety in the name of progress. His latest album, “Nothing Was The Same,” makes a strong case for his presence. It’s a wildly ambitious record that substitutes hope for determination in a genre predicated on doing the opposite.

While Drake’s first two albums were stories of heartbreak, “Nothing Was The Same” aims for emotional balance. It’s still lonely on the throne, but Drake’s not giving up his seat. He spends a great deal of this album burnishing his legacy. Sometimes his bluster feels earned. “I’m not doing it the same, I’m doing it better” speaks to the fact that none of Drake’s contemporaries have pushed boundaries the way he has. On “Tuscan Leather” and “Started From The Bottom,” his triumphalism becomes sympathetic through sheer conviction. The latter track is an especially crafty conceit, subverting Drake’s privilege by asserting that everyone bears the weight of their own struggle, turning the rapper into both an everyman and an underdog.

But on “Worst Behavior” and “The Language,” he attempts conventional tough-talk, and the results are trite. Drake is a rule-breaker at heart. He’s proven capable of making hits in the traditional sense, but he usually relegates those songs to the status of bonus tracks or free downloads, saving his boldest work for his albums. For those seeking powerful instrumentation, “Nothing Was The Same” may register as inferior to its 2011 predecessor, “Take Care.”

Though “Take Care” tried everything from jazz to house music, “Nothing Was The Same” settles into sparse, nocturnal post-soul soundscapes that make for a less volatile listening experience. Noah “40” Shebib, Drake’s inhouse producer, aims for intimacy and fluidity. Ideas from one song bleed into the next, drums are slowed to a crawl, soul samples and talkbox synths flourish quietly overhead. Unlike “Take Care,” there’s no tuning Drake out.

For an artist whose sound is so progressive, Drake’s content is unapologetically myopic. No song ventures beyond his own narrative. Though he occasionally veers towards narcissism, it’s tempered by moments of penetrating candor and impressive singing. On the wistful ballad “Hold On We’re Going Home,” he sings in his upper register for the song’s entirety to dazzling effect. On “Connect” and “Furthest Thing,” his croons add a layer of gravity to devastating moments of self-evisceration and self-doubt. His second verse on “Too Much,” about aging and its corrosive effects on the naive certitude that cloaks all dreamers, is astonishing. “My uncle used to have all these things on his bucket list/And now he’s looking like ‘Oh well this is life I guess’, nah f—- that s—-/Listen man, you can still do what you want to do,” he insists, sounding genuinely distraught.

That’s the attitude that redeems Drake. He’s wide-eyed in a way that most 26-year-olds aren’t. He refuses to let his uncle’s dreams go unrealized; he aspires to usurp Jay-Z as the most influential artist of his time; he pines for love but shudders at the idea of “settling down;” and he is brazenly indignant towards all naysayers. “Nothing Was The Same,” rejects cynicism for the sake of self-belief. It will resonate with the youth because Drake isn’t growing up anytime soon. 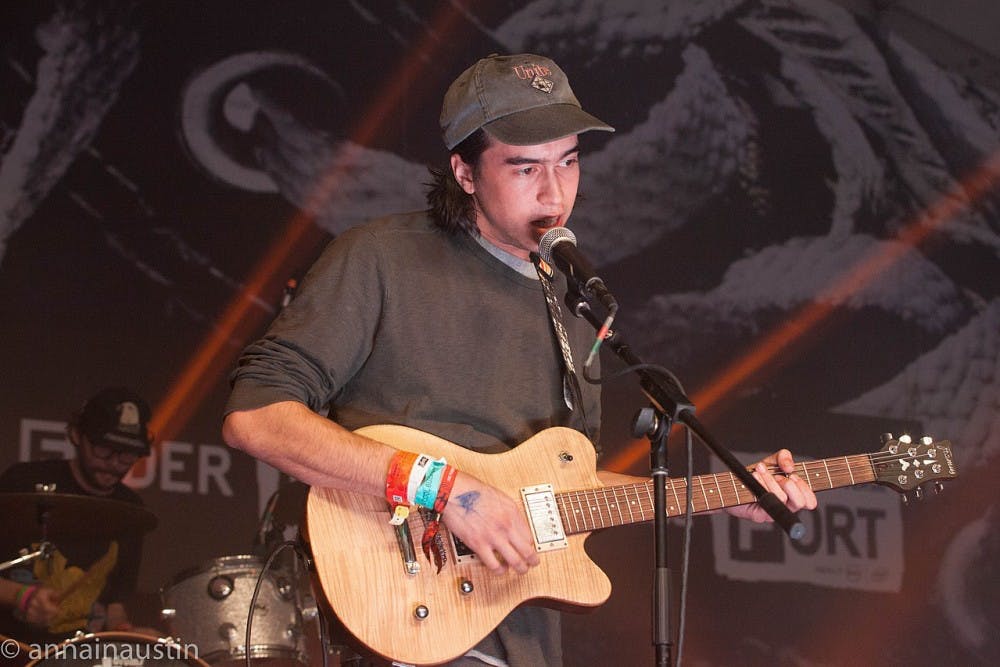 ‘House of Sugar’ is the epitome of sweet indie-folk