“I am the number one most impactful artist of our generation. I am Shakespeare in the flesh. “ – Kanye West

Since hip-hop has splintered into so many subgenres, regional offshoots and online curios, it would be impossible to tie it up with one neat, concise narrative for 2013. In an attempt at an inclusive alternative, here are 10 compelling albums and 10 great singles that came out last year.

A kaleidoscope of bright colors and bleak corners viewed through eyes as wide as they are bloodshot, Chance The Rapper demonstrates how drugs can cloud the disillusionment of growing up too fast, but only compassion can conquer it.

This barrage of unchecked id and ugly truths finds Kanye West at his most inflexible and undeniable. It’s easy to conclude the man has lost his mind, but only because sanity has become a shorthand for obedience in a culture of manufactured, micromanaged emotions.

4. Drake: Nothing Was The Same

Aubrey Graham has long been tortured by fame, but he’s never sounded more callous than he does here, as he finally tries to exult. Producer Noah “40” Shebib hollows out the instrumentals as Drake attempts to reconcile his riches with the damage done, wondering if he’s not hollow himself.

Like The Weeknd without self-pity, Ty Dolla $ign offers up deliciously sleazy R&B over instrumentals as bleary and beautiful as the hours when night bleeds into morning. Beach House 2 captures the allure of misbehavior, extricating hedonism from its consequences with a smirk and a shrug.

Gazing upon the scorched and the bleak, A$AP Ferg rhapsodizes in the language of the freaks. In cadences that swing from hard stomps to tap dances, the self-ordained Hood Pope batters the sensitive and weeps for the desensitized.

On his queasy debut, the preternaturally talented Earl Sweatshirt knows that we want them raps, and he obliges, rolling his eyes at our gaping jaws. Though Doris could double as a seminar on rhyming for the sake of riddling, its brightest moments are its most bare, with Earl heaving up heartsick musings on love devoured by inscrutable angst.

Baton Rouge survivalist Kevin Gates clearly writes his songs in the wee hours of the night, when we’re left to battle our contrition and morbidity in solitude. His penmanship is eloquent, full of paranoid predators and dimly-lit crime scenes, but it’s mostly the voice: a weather-beaten rasp that soars and wilts with palpable anguish.

10. Mac Miller: Watching Movies With The Sound Off

Rap’s overeager little brother grows into good taste and self awareness. Trapped in a funhouse of luscious, doleful beats, Mac Miller stares stoned at the murals on the walls with awe and uncertainty, determined to make sense of them all.

Though “folklore” is a new note for Swift, the songs are still characterized by her storytelling.

It has been 14 years since The Chicks — formerly the Dixie Chicks — released their 2006 masterpiece “Taking the Long Way,” and threw up one of the greatest musical middle fingers ever. 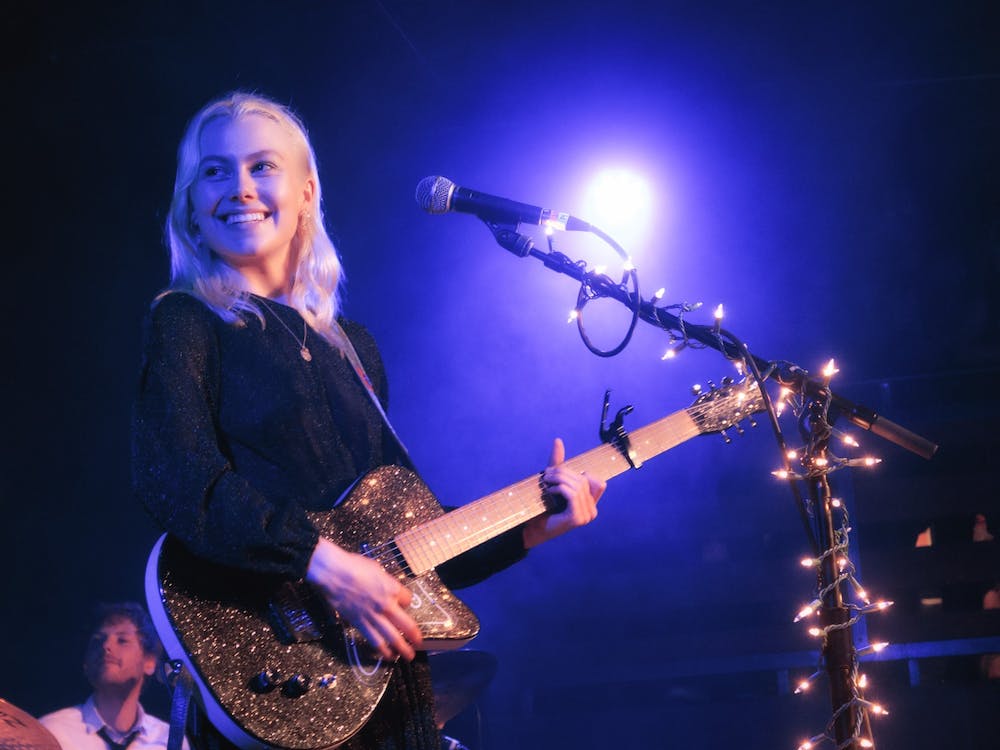 Phoebe Bridgers is either a preeminent emerging songwriter or simply a product of the indie rock hype machine, depending on who you ask.