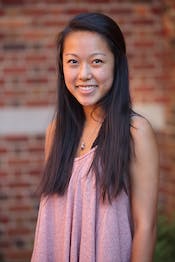 I think one of the harshest realizations about second year, other than not being able to go back to your dorm and nap between classes or swipe into the dining hall for a banana, is realizing it’s probably time to figure out some inkling of a future for yourself. If you’re reading this and are in the same boat as I am, you can take solace in knowing I have no clue what I want to do with my life. One positive I’ve found, however, is that two years of college can teach you a lot.

Like, for starters, how incredible some of the people at this University are. It took me two years to realize the girl who had been on First Year Council and then Second Year Council with me was actually one of the coolest and funniest individuals I now get to call one of my closest friends here. Not only this, but it wasn’t until I went to the Human Library talks on the Lawn I found out that some of my friends have incredible stories and are more resilient, hardworking and intelligent than I could hope to be. It took me two years to realize that this school is chalk-full of inspiring and passionate individuals, and now I’m realizing how important it is to break out of my comfort zone and become friends with these people. If we stop confining ourselves to our normal groups and start becoming truly interested in the lives of those around us, we will become more well-rounded and passionate individuals ourselves.

Another thing: professors and TAs are mostly cool — just give them a chance. This past semester I took a Buddhism class because, let’s face it, it was a requirement and known for being a generally low-maintenance course. Soon after enrolling, however, I found the professor for this intro Buddhism course was new and from Harvard; also, he had very high expectations for the kids in the class. A semester later, I realized the reason why he actually took attendance, openly called students out for being on their phones and had TAs scan the room to make sure no one was browsing Facebook was because he was genuinely passionate about the subject, and honestly, he was good at lecturing too.

I found when I forced myself to pay attention and take notes in the class, I learned a lot and was actually interested in the subject matter. Not only that, but my TA for the class was by far the funniest and most sarcastic TA I’ve ever had. Take advantage of the incredible professors and TAs here for us as resources. If I could, I’d probably go to my TA’s office hours just to hang out with him.

There’s also a lot more on my list of “Things I Know Now That I Didn’t Know First Year,” like how Alderman is definitely the best library to study at in any scenario, and Newcomb food could actually be worse so please take advantage of it when you can. But also that “FOMO” only lasts for a few hours while a good GPA lasts for much longer. Moreover, your parents are the most important friends you’ll ever have so call them and appreciate them at every opportunity. Another thing: most people are going through things just like all of us do, so being kind to strangers can go a long way.

Finally, I’ve realized time really is running out. If two years passed in what felt like the blink of an eye, then I better cherish every second from here on out.

I think one of the harshest realizations about second year is understanding it’s about time to figure out a vague outline of your future. I think one of the best realizations, though, is that there are two more years at this place to make the most of it. It’s just like the glass being “half-full” or “half-empty”; we can see the end of second year as being halfway done with college and or halfway started. Knowing all the things we know now, we have two more years to make new friends, take classes with cool professors and maybe make a greater impact on those around us. Two years is longer than you’d think — I’m glad I’m halfway started.