It can be hard to leave 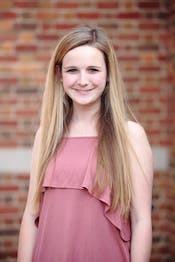 When it comes to the prospect of going home for three months, it seems many of us are caught between excitement and dread. Finals have us dreaming about summer days of sleeping in and not having to walk to class in thousand degree weather. At the same time, the prospect of first year ending has me clinging to my life in Charlottesville in a metaphorical death grip. Because as much as I love the sunny California Bay Area, my life at home and my life here in Charlottesville are pretty different.

At school, “going out” generally refers to a night consisting of a pregame, possibly a frat party — or three — then bouncing around the Corner and probably ending the night with a slice of Christian’s Pizza. Unfortunately for me, Stanford frat parties require an actual Stanford ID to get into, and bars in San Francisco aren’t nearly as laissez-faire as some bars on the Corner when you roll up with your roommate’s best friend’s cousin’s ID, who is also blonde, but apart from that looks absolutely nothing like you. So, when I’m home and say I’m “going out,” I’m likely either going to my friend Glenn’s house to use her hot tub or headed to the In-N-Out Burger drive-through line.

Alongside the party scene comes the opportunity to meet new people. The University is large enough that it seems like I’m always meeting new friends of friends at parties, in classes and around Grounds — and that’s one of my favorite things about my life at school.

In terms of meeting guys, after a year at the University, there’s really nothing more depressing than returning to the Land of Ghosts of Prom Dates Past. At home, I know most of the guys in my suburban hometown already, and since they have met the gawky, lanky, nerdy Ellie who read books at lunch sometimes in middle school — like the incredibly cool kid she was — I definitely don’t foresee any summer romance there. And that’s fine, because even if you’re lucky enough to snag a man at your summer job, it just means you’re forced to revert back to the prehistoric days of having your mom demand you leave the bedroom door cracked open while you “hang out.”

Even while flailing around on the elliptical machine at the gym, determined to conquer my stress over the impending doom of finals, I can’t help but notice how even the gym scene is different between school and home. At school we have the AFC and Slaughter, where on a good day I’ll show up with mascara on because you never know who you’ll run into — hey, tall, handsome hottie from Spanish class! Back home, my fellow gym-goers tend to be over the age of 60, so no makeup and my ugliest t-shirt is my standard uniform. It a tough call on which is the better situation, because even though I can distract myself from my utter hatred of running by ogling at the fit guys lifting ridiculously heavy things while I’m at school, it’s also a major confidence boost when you’re one of the most physically impressive people in the gym — even if that’s merely a virtue of your age.

Now that I’m thinking about it, my parents probably (definitely) cancelled my gym membership since I’ve been away at school. Which means I’ll likely be walking my dog and trying to eat healthy instead of pretending to be a totally fit gym-goer. Luckily, promises of avocados, “fresh fruit” that isn’t frozen and meat that isn’t a mystery are all enough to make me want to get on a plane back to San Francisco ASAP. Farewell, O’Hill, Newcomb and Runk! I can’t honestly say I’ll miss you, but I’ve had some good times at your sort-of clean tables. Also, as a parting word, I will never eat a “Frito Pie,” so please stop trying to offer this as a legitimate meal option.

Since I won’t be at the gym all the time — not that I would even if I had a membership — I’ll probably spend most of my free time this summer hanging by the lake and trying to teach myself how to cook, because I don’t have a dining plan for next year and I still manage to burn toast nine times out of 10. In Charlottesville, I can likely be found filling my free time “working” at Clem (i.e. socializing with friends and hoping by having a textbook somewhere in the general vicinity, I’ll learn a thing or two about economics) or wandering around the Corner, determined to try something new for lunch, even though I always give up and get the El Jefe at Roots.

More than anything, even more than the El Jefe, it’s going to be tough to leave the friends I have here at school who are more like family to me at this point. They’re my support system and my reality check, and they always look out for me, no matter what. Because we’re all so close, I get irritated with them sometimes — usually because they’re not afraid to tell me when I’m acting like a bit of a jerk — but that’s their job. Even though I’ve neglected to stay in touch as much as I said I would with my friends back home — sorry, Erika, I still just don’t really derive a ton of joy from the novelty of texting — I can’t wait to be back with my crazy high school pals again soon.

The fact of the matter is that there are pros and cons to leaving school, but Charlottesville is a pretty incredible place to be, so no matter how amazing your home life is, it can be hard to leave. So, Charlottesville, you and I have had a time over the past nine months. And it hasn’t been all good memories, but you gave me one of the best years of my life. Thanks for making California and beaches and summertime seem like something I have to endure, just so I can come back to school. I can’t wait to see what you have in store for me in the fall.