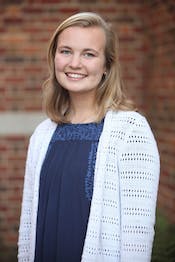 When I first heard John Mayer sing, “How much of my mother has my mother left in me? / How much of my love will be insane to some degree?” I felt as though maybe he had made a new single composed of the thoughts running through my head since I first left home for college.

Moving out of our homes for college is, for many of us, the first opportunity we have to form a clear picture our upbringing, witness that others have been brought up differently and decide for ourselves how we will continue to live independently. When I arrived at U.Va., I continued to burn my toast in the dining hall in the morning simply because, “That was how my mom made it!” Some of us long to replicate the environments we left behind, while others can’t wait to implement changes under their own roofs they have longed to make for years under someone else’s.

However, whether we try to mirror our family’s lifestyle or attempt to divorce ourselves from it entirely, forging our own path, we often find ourselves recycling behaviors, attitudes, reactions and tastes from our parents. How many times have you watched someone decidedly act, then take a step back, big-eyed as a deer caught in headlights, and exclaim in horror, “I’m turning into my mother!” or “I’m becoming my dad!”

First, we realize the impact our home environments made on us. However, that’s only half the battle. The other half begins when we realize just how deep these impressions are engraved.

Like my inclination towards burning my toast, the way our lives have been impacted can be funny. They can also be much more serious and — if we’re willing to be honest — scary.

We wonder how much power we have over our molding — whether our virtues and vices are still as impressionable as we are, or if perhaps they’re set in stone. Do we look back at our homes of the past or into some futuristic mirror? We begin to ask ourselves with Mayer, “How much of my father am I destined to become?”

Some of us come from environments of abuse — some from those plagued with addiction. Some of us witnessed the power of manipulation or strength of any kind domineered over another. We come from homes broken by divorce and disjointed by unfaithfulness. We wonder if we will be able to leave such patterns behind. As clear as our internal dialogue, Mayer sings to our doubts, “Does a broken home become another broken family?”

I think our natural inclination when we recognize characteristics we don’t want to repeat is to try to do a 180 — to head, or perhaps run, the other way. However, in turning around — our pursuit of moving in the opposite direction — we put ourselves in danger of turning our backs on our families and on our history. What if instead of heading out, we charged deeper in? Instead of turning around only to change ourselves, we could face the issues in order to change them at their core.

What if instead of turning around, we kept our eyes set forward, moved toward the issues and surpassed them? What if we ushered in the future?

Mayer asks in his chorus, “Could I change it if I wanted, can I rise above the flood?” I want to propose that we have two options. We could flee the flood ourselves, or we could stay immersed in the water, seeking higher ground, not for ourselves — for us all.

We do not have to be what we may have been taught, conditioned or told to accept. But what if we had the courage to move through our obstacles of upbringing, to higher places, rather than to turn from then in shame or fear? We will not repeat what has been conquered.