‘I had to do it all by myself’: U.Va.’s lack of financial aid documents in Spanish leads to calls for professional translations

Some people have never considered the fact that their parents would be unable to help them apply for financial aid. But this was the reality for fourth-year Curry student Katherine Soba.

For many students, legal guardians handle the student loan process behind the scenes, easing the burden of students while they prepare to embark on a new and exciting chapter in their lives.

Students such as Soba do not have this luxury. Soba’s Ecuadorian mother and Puerto Rican father speak Spanish and were unable to understand the Student Financial Services website, which is only available in English.

“I had to do it all by myself,” Soba said. “I didn't even know how to translate it … to make it understandable for them, so I would just ask them for paperwork and hope for the best.”

The University’s financial aid documents are provided only in English. This creates a situation where students become translators for their families, attempting to convey complex financial information that they may barely understand in English. Many members of the University’s Latinx community believe that the lack of translated documents is unfair to families who speak primarily Spanish, and that changes in Student Financial Services need to be made to address this issue.

A common story among the Latinx community

A specific point raised by a recently-published open letter by Hispanic/Latinx students is a need for the University to provide Spanish-translated documents. The letter was released Oct. 15 — the last day of Hispanic Heritage Month — and called attention to various issues of institutional support and inclusion at U.Va.

“[They] would give me wrong information and say that I was ineligible for certain things, tell me that I needed to take out loans when that wasn't actually the case,” Soba said. “There were times when I wanted to back down and just accept a loan.”

Soba did not take a loan. Instead, she found the correct people to talk to. Soba said Valerie Gregory, an associate dean and director of outreach in the Office of Undergraduate Admissions, was helpful. Gregory works with several diversity initiatives like QuestBridge —  a non-profit organization that works across the United States to help exceptional low-income youth attend college. Additionally, Gregory works with Posse, a national organization that recruits promising students from urban high schools and provides them with full tuition to select universities  — while also performing the roles of a traditional admissions officer.

Soba wondered why this help was not available at Student Financial Services.

“I feel like the right people to talk to should be at the financial aid office — not at different locations at Grounds,” Soba said.

Some Latinx students say that stories about stress and financial services are all too common.

“Finances are something that have always been a point of stress and worry for my family,” Soba said. “To not have the cultural support from the school made this process even more mentally draining.”

Fourth-year student Engineering student Fernando Mata, the president of the Society of Hispanic Professional Engineers at U.Va., said he has talked to many Hispanic and Latinx students about the admissions process. He has seen the stress that members of his society have faced when applying to the University.

“If someone is in that situation where they're one of the few English speakers in the house, all that load that the pair would be able to take on is put onto the kid,” Mata said. “So what you have is … first-years not just being overburdened with … their classes and this new college life, but really any sort of financial situation that is new … That is something that is particularly common among Latino students.”

The role of Student Financial Services

In the Student Financial Services’ statements to The Cavalier Daily, they readily gave information regarding the translation of documents such as FAFSA and communications with the Latinx Student Alliance and stated that they offer no translated documents on their website.

However, when asked why they had not sought professional services to translate documents, Student Financial Services did not fully answer the question, instead saying that, “it was the first time to their knowledge that a student or a student group has suggested that the absence of translated documents has prevented students from completing their application for financial aid.”

Regarding Student Financial Services’ openness for student translation of documents, Dunn said that the solution of having students complete the task out of goodwill would not appease her.

“I would recommend the University to hire someone to translate University financial documents and all other University information that is pertinent with respect to students and their families,” Dunn said.

In using students to translate the documents, Dunn said the University would not have to pay a translator — these students would act as free labor.

Students have translated some University documents in the past, according to Dunn. For example, LSA members translated the Honor Constitution earlier this year.  But Dunn said students cannot be seen as equivalents to professional translators.

Dunn emphasized that translating these documents into Spanish alone would not satisfy the needs of everyone. Additionally, many of these students for whom a language barrier emerges are also first-generation.

“When it comes time for [first-generation] students to sit down with their parents and say, ‘I need to figure out my tuition and … figure out how I'm going to afford college,’ most times, parents can't answer the questions because the documents that could help them learn more about it aren't translated,” Dunn said.

Mata also said it is problematic that no one at Student Financial Services has any fluency in Spanish.

When asked how they aid students who have grown up in a home where English isn’t the primary language, Student Financial Services stated that they work every day with students and their parents to help them understand financial forms — whether it is their forms, the FAFSA or a federal requirement completed on behalf of the Department of Education.

“This is the same service we provide those for whom English itself doesn't necessarily pose a barrier, but for whom the process itself may feel foreign or confusing,” Doran said.

FAFSA — run by the U.S. Department of Education — and College Board’s College Scholarship Service PROFILE have translated several of their documents into Spanish, with English and Spanish being the only two languages available. There are no documents on the SFS website that are available in non-English languages.

A call to action

Mata emphasized that too often, students, rather than professionals, act as the resources that the University fails to make readily available. He said his organization, the Society of Hispanic Professional Engineers, is a place where students and families can have a free dialogue in Spanish, which is an environment he feels the University does not provide.

“It’s lucky that someone like me is there as someone who is bilingual,” Mata said. “More often than not you can get parents coming through and not understanding anything of what's going on … so I'm happy I'm there and my organization is there with people who speak Spanish, but that's kind of lucky.”

Student Financial Services notes that it offers help to students with its forms through “regular office hours in Clemons, in-person in Carruthers, through email correspondence, or by phone.” They go onto say that this, “suggests that students are able to work with their parents to provide the required information … in order to complete their financial aid applications.”

Student Financial Services said they are seeking ways to simplify a complex process and that they are interested in learning more about the student experience.

However, Mata, Dunn and Soba all said that the measures that SFS have taken to aid students in the financial aid process are not enough. They believe financial documents must be professionally translated in order to address the needs of Latinx students and their families to make the University’s claim of a most diverse class substantive.

“For students to really come to the University and fall in love with it, they need to have that experience where they feel like not only are they being supported, but the University is supporting their families,” Dunn said.

A Spanish language version of this article is available at this link.

This article is part of a series published in The Cavalier Daily this week looking at the experiences of Latinx/Hispanic students at U.Va. and elements of a recently-published open letter addressed to the University community. 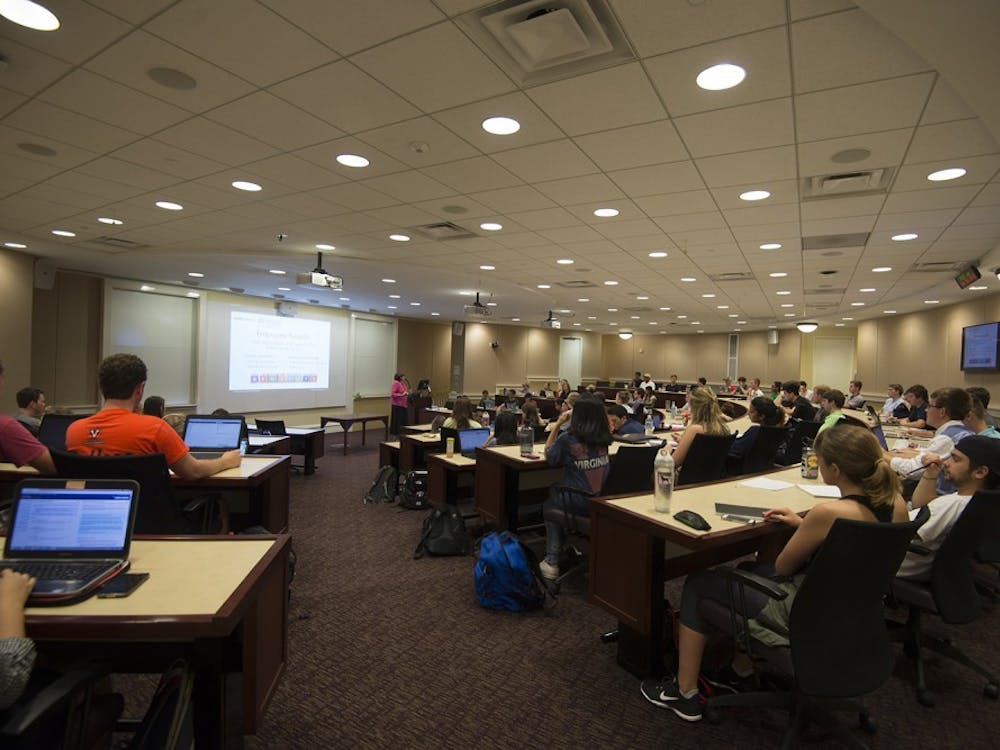 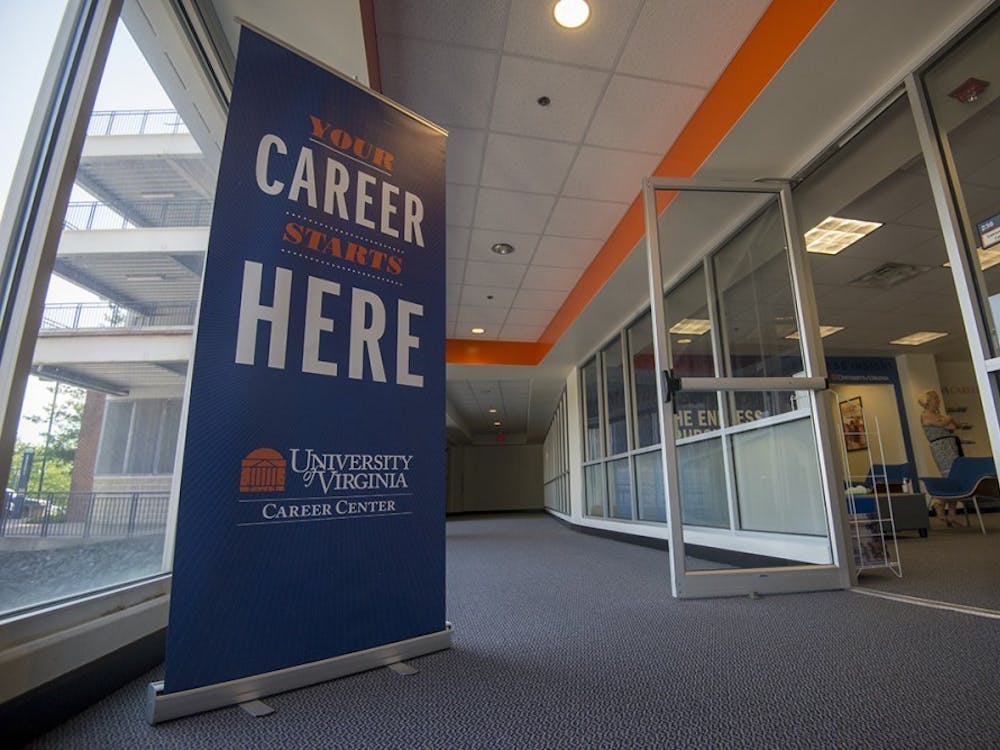