Putting more cynicism into my personality

The line between being negative and being realistic 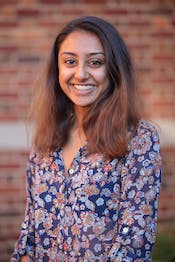 From the time I was young child, one of the clearest memories I have is being told how “sweet” and “innocent” I was — to extent where I was even “gullible.” I do not deny that this was the case, as I was very much a rather naive child who was a little oblivious to certain realities. My personality traits do point in the direction of naive more often than not. I have always had trouble saying no to people in fear of hurting feelings. I tend to be nice to the point where I have trouble standing up for myself —- again, because I am afraid of hurting someone’s feelings. I am so afraid of confrontation that it backfires, and I am labeled a push-over.

I always thought that this was something I would grow out of. I looked at it as a sort of a phase, considering all kids are slightly naive and innocent at some point in their lives. Apparently, however, this was not the case for me. Even as I started my life as an adult at college, there were many instances where I was made to be felt like a gullible child once more.

Let me be clear in saying that there is nothing wrong in that at all. I am certainly proud of who I am and my personality. Yet, I couldn’t help but feel that statements such as those undermined my ability to be taken seriously. More often than not, it did seem as if I were treated like a puppy — a pat on the head was enough to satisfy my wants, and I was meant to be shielded from a world I ‘clearly’ could not understand. When I actively tried to make myself more assertive, I was brushed off. On the contrary, when I finally did manage to push someone’s buttons by being assertive I was told off with a “What has gotten into you lately?! You are not like this at all!”

There was clearly no winning at this game. It seemed that the the key to establish myself as a confident, forthright person was to be more cynical. Only naive people were positive this much of the time. Although cynical has a rather negative connotation. To me it was a way to get rid of the “gullible” image people had of me and replace it with the understanding that I could not be fooled so easily.

Personally, I have always had a hard time conversing with people who are overly cynical. In those cases, it was as if they simply had no semblance of hope for something better. The world was a rather terrible place as is, human beings of the modern, 21st century western world were capitalist-loving and profit-making robots and there was no one out there who could lead us out of the carnage. To me, they always seemed to make blanket statements that took for granted the way things were without having any idea of how to change it for the better. It irked me how they simply left comments that indicated unhappiness and seemed to think everything was beyond repair and thus, there was no point in trying. Perhaps this my cynical take on cynical people, but this was what negativity looked like — not realism.

However, as time has progressed and I myself have been exposed to different kinds of cynicism, I have found cynical people to be artists, capable of being negative the perfect amount and at the perfect times.

I say this because to be cynical is to very carefully tread the line between being realistic and being negative. It is a precarious and delicate habit, one that requires practice and a good deal of caution to avoid slipping into callousness. The perfect balance of cynicism is achieved when one is able to bring to light the very obvious problems with reality and make others understand that the world is not a perfect place. By mixing cynicism with the subtlest hints of sarcastic and self deprecating humor, one could actually form quite the charming personality. Cynicism is a skill that portrayed its user as witty, knowledgeable and rather modest if used in the right amounts.

I like to think that I am slowly growing into this role of the artistic cynic. Perhaps because of the countless sociology and social thought classes I am taking, the news I keep up with or the television shows I watch, I am gradually learning how to be a little more realistic in my assumptions about the world and other people and not being “innocent” or naive altogether. Perhaps some of this is just age, and I was just late in getting the hang of adopting a more realistic take on the world. Either way, I cannot go back to being the puppy I once was, but I am more than O.K. with that.

Shree Baphna is a Life Columnist for The Cavalier Daily. She can be reached at life@cavalierdaily.com.