With the midterms approaching in less than a month, Charlottesvillians have the opportunity to send a powerful message by flipping the Fifth District and electing Leslie Cockburn as their congressional representative. This midterm election not only holds serious repercussions for residents of the Fifth District, but also for the nation at large — this race is one of the critical toss-up districts that could shift the balance of power in the House of Representatives back to the Democrats. With that said, Cockburn’s personal qualifications to serve the Fifth District alone demonstrate that she is the only candidate fit to represent this district.

Cockburn’s representation of candidates running in opposition to Trump is reflected in the way she conducts her campaign. She has vowed to not take a single cent from corporate PACs and has invested in a grassroots organization structure that prioritizes the ground game and local engagement over astroturfing. Cockburn has personally put 75,000 miles on her car, in order to meet with citizens in all the districts of the expansive Fifth — the district is larger than New Jersey.

Her policy platform similarly prioritizes the issues that most impact the Fifth District. In the wake of the healthcare crisis in Charlottesville, Cockburn pledges to both protect the Affordable Care Act, while also advocate for Medicare for All. Healthcare in other parts of the district also remains a vital issue, with rural counties, such as Nelson County, with 20 percent of families dependent on Medicaid for their healthcare — roughly 2,000 adults and 1,600 children. Under the cuts proposed to the ACA, these families could become uninsured, something that her opponent, Denver Riggleman, supports, echoed by his statement at their last debate — “I do not believe that healthcare is a basic human right.”

Cockburn is also unabashedly progressive on issues like climate change. She opposes the Atlantic Coast Pipeline, which the Southern Environmental Law Center has deemed superfluous for Virginia energy goals. The pipeline also threatens freshwater sources and destroys historically black neighborhoods and Monacan Nation sacred sites. She understands that issues of the environment and health problems are intertwined — the purity of our water and air directly impacts the health of our community. Her passion for environmentalism extends well beyond her bid for Congress, as she held seats on both the Piedmont Environmental Council and the Krebser Fund in Rappahannock. Because of this, Cockburn promises to lobby for effective regulations and bilateral agreements, like the U.S. Climate Alliance, to protect the health of our environment.

In the wake of the #MeToo movement, the Fifth needs strong feminist leadership to support survivors and defend at-risk women’s rights. Cockburn embodies these qualities, as she fiercely supports the right to choose and affordable contraception provided under the ACA. She understands the women deserve equal pay for equal work and supports strengthening the Equal Pay Act in order to achieve income equity for women — especially considering that older women are disproportionately impacted.

Conversely, Riggleman does not display the same values. He does not believe women deserve the right to choose and only supports abortion in cases of rape and incest, and when a woman's health is at risk. In addition, he was quoted at the last congressional debate saying that campus sexual assault should be curtailed by “educating females” about rape. Given the vast amount of college women within the Fifth District, this type of rhetoric demonstrates the extent to which Riggleman does not understand or empathize with women’s issues.

Cockburn’s career as an investigative journalist proves that she has the grit to consistently fight for the district, as she’s covered over five different wars and won numerous awards for her coverage — two Emmys, two George Polk Awards, two Columbia Dupont journalism awards and the Robert F. Kennedy Award. Similar to her career journalism, which has historically been male-dominated, she was in the second class at Yale to go co-ed. Cockburn has the experience to break up old boys clubs like Congress and fight for ideals the Fifth needs.

Cockburn’s election to the Fifth District has the potential to be historic — she would become the first Congresswoman ever to have James Madison’s former seat and the first Democrat to reclaim the seat since 2008. Because of the Fifth’s strong gerrymandering to Republicans’ favor, many worry that Cockburn’s candidacy is a lost cause.

However, even with this disadvantage, Cockburn is polling neck and neck with Riggleman, signalling the power of her campaign in spite of GOP’s inherent advantage. Cockburn’s election would signal a strong rebuke to Trump’s toxic politics enabled by the GOP. Her progressivism offers a balm against Tom Garrett’s radical voting record, which Riggleman claims he looks forward to continuing. The Fifth needs to vision and strength of Cockburn’s leadership — Leslie Cockburn is the only candidate fit to represent us.

Katherine Smith is a Senior Opinion Columnist at The Cavalier Daily. She can be reached at k.smith@cavalierdaily.com.

This column previously stated had put 45,000 miles on her car using a source from April. The figure has been updated to reflect a recent figure from October. 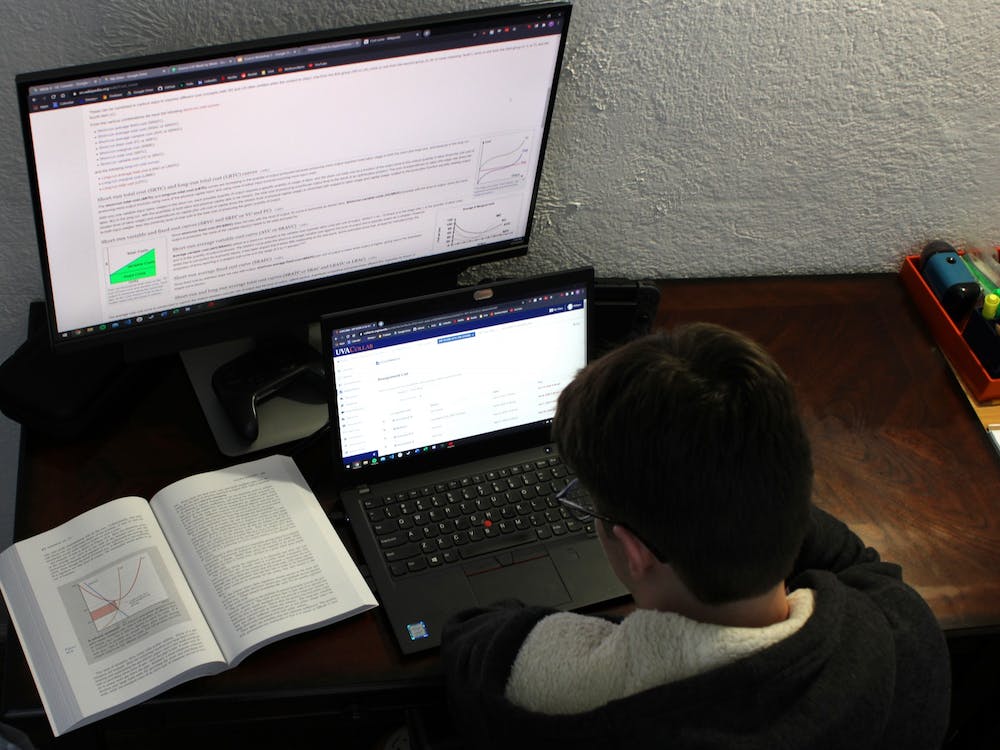 SHRESTHA: Exams should be open book

By Apurva Shrestha | 3 days ago

If we gradually make open book exams the norm, we can optimize our finite time and energy to focusing on higher concepts rather than rote memorization. 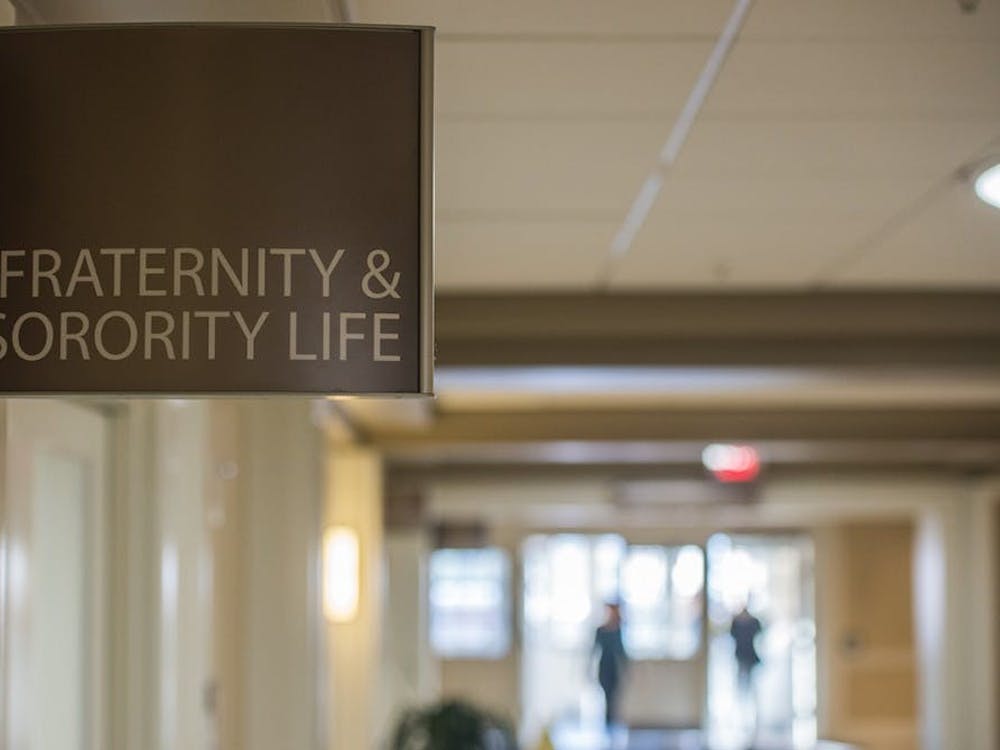 BRESTICKER: The need for demographic reporting and increased transparency in the Greek rush process

While not a definite fix to these issues, demographic reporting on the part of the Inter-Fraternity Council, the Inter-Sorority Council and individual houses can help draw needed attention towards any racial disparities that may exist. 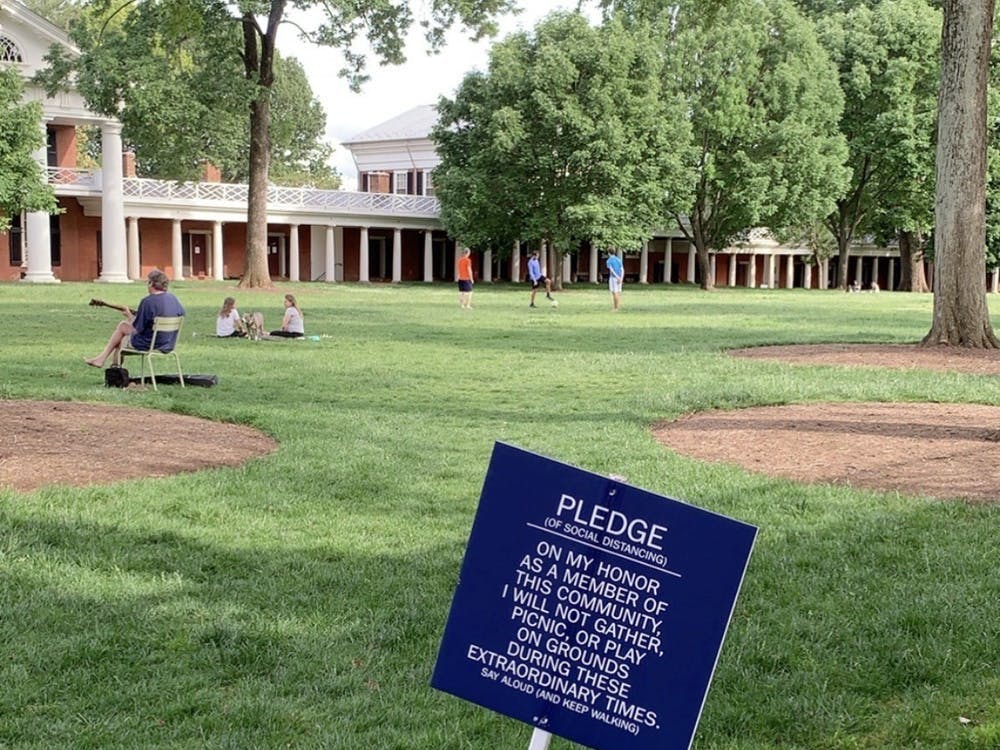 STOKES: Stop condoning irresponsibility under the guise of self-governance

By Maddie Stokes | 3 days ago

In a community that relies upon personal accountability for its survival, students have been critically deprived of their ability to self-govern.