This year marks the 15th class from the College of Arts and Sciences that will graduate with a Bachelor of Arts degree in neuroscience from the University, and students within the major put together a neuroscience art exhibit showcasing fluorescent images from students’ research.

The idea began when Sakar Budhathoki, third-year College student and neuroscience major, attended an art show at Milli Coffee Roasters this past summer and was inspired by the modern and contrasting set of works. A research course taken during the fall semester further fueled his imagination as he encountered a similar array of abstract and diverse photographs accompanying various research papers.

“I was captivated by how vibrant the images were,” Budhathoki said. “I just thought we should showcase them in some way.”

Budhathoki shared his thoughts with some of his classmates, and Isabelle Witteveen, third-year College student and neuroscience major, decided that she wanted to help start this project. The two then approached faculty advisors, the Echols Council and the College and received funding for the exhibit. The hope was to start a different kind of art show, one that combined scientific advancements with creative expression and accentuated the beauty of undergraduate and graduate students’ time and efforts in neuroscience labs.

“I think people have this misconception that all scientists are nerds,” Witteveen said. “But we are actually well-rounded people who really appreciate both art and nature.”

Located in the Mural Room of Clark Hall, the exhibit consisted of photographs taken from a variety of neuroscience labs around Grounds. From cross-sections of a mouse retina from the Xiaorong Liu Lab to the nascent zebrafish spinal cord from the Sarah Kucenas Lab, the assorted subjects reflected the wide range of neuroscience studies conducted at the University. Other images illustrated neuron development, communication and specialization from the Deppmann Lab, Connelly and Erisir Labs and Guler Lab, respectively. Others depicted the pathways by which sensation and cognition occur in the brain from the Winckler Lab, Computational Memory Lab and Jung-Bum Shin Lab.

In a combination of practical scientific techniques and artistic flair, the display boasted a color pallet reminiscent of vintage neon signs. These brilliant hues originate from a protein found in many aquatic organisms, most notably in some jellyfish species. Known as green fluorescent protein, the molecule binds to other proteins of interest in subject tissues. When a sample is exposed to certain types of ultraviolet and visible light, GFP and its multicolored derivatives emit bright shades that span the rainbow, highlighting particular areas for study.

“Some people might think that this kind of research is gory or boring,” Budhathoki said. “It makes it all worthwhile though when you put your subject material under the microscope with these proteins and see it fluoresce.”

Despite its multifaceted collection of photographs, the display represented only a small snapshot of neuroscience research at the University. Over 70 different neuroscience labs are listed under research faculty on the neuroscience undergraduate major webpage alone, each studying a different aspect of the brain and nervous system with a focus on development, modulation, disease or impairment.

According to Jay Hirsh, director of the undergraduate program in neuroscience and professor of biology, research is heavily emphasized in the major. Participation in a neuroscience lab is a prerequisite for this interdisciplinary program, which prioritizes involving majors in neuroscience graduate program laboratories as one of its three main objectives. Students can also apply for the Distinguished Majors Program, which requires they conduct independent research and write a thesis under the guidance of a faculty mentor.

“We hope that they will become sufficiently interested that research will become a part of their life,” Hirsh said. “We also think that independent research is important because students get to develop at least part of a project they can own, and it involves initiative, creative thinking and taking risks.”

Witteveen affirmed that lab work has grown to play a significant role in her academic experience and in helping direct her future aspirations. While she intended to be a pre-med student, after setting foot in a lab for the first time, she changed her mind. Over her time at the University, Witteveen has grown to appreciate the environment in labs and, in particular, the community fostered by the small neuroscience major.

“The major is very research-focused and collaborative,” Witteveen. “I think that, in other programs, it can be somewhat cutthroat, but here the professors really work together and want to help each other and support the students.”

In an effort to encourage students to become involved in neuroscience projects, Hirsh recommended that they find multiple labs that might interest them, reach out to corresponding professors via email and offer a brief overview of their academic record, reasons for inquiring about the lab and any relevant experience. In addition, Hirsh said that faculty then aim to reinforce students’ work in the lab with knowledge gained in the classroom.

“Research experience should be synergistic with coursework,” Hirsh said. “Students will appreciate it and do much better in courses for having research experience, and we can also help them realize that what we are teaching them about is real, not just hypothetical.”

By Sierra Martin and Lauren O'Neil | 19 hours ago

With recruitment events held online, presidents and recruitment chairs are struggling with learning new technology, generating excitement about Greek life, and conveying safety guidelines from the ISC and the Office of Fraternity and Sorority Life to members and potential new members. 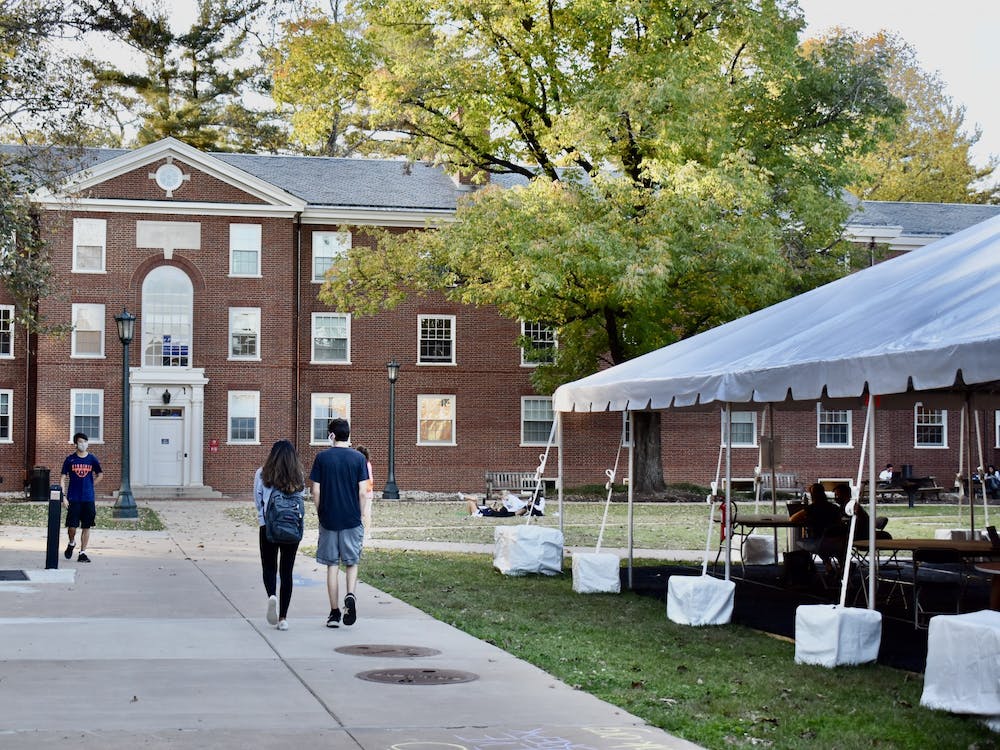 By Stratton Marsh , Maryann Xue and Max Paley | 5 days ago

Normally all first-years are required to live in on-Grounds residences, but this semester 74 percent of the first-year class chose to live on Grounds, with others choosing to stay at home or take a gap year given the unusual circumstances.

By Lucie Rutherford | 5 days ago

According to University physicians, there are risks associated with using dexamethasone to treat mild COVID-19 cases and that it should mainly be reserved for those with severe cases as the steroid can cause the immune system to overwork, which can be fatal.