The Take Back the Night Vigil was held in the Amphitheater Saturday from 7 to 10 p.m. to help raise awareness for and support survivors of sexual assault and was attended by approximately 100 people. The event included stories from survivors, musical performances by Wendy Repass, a local Charlottesville musician, and Michael Schulte, a second-year College student.

This year marked the 32nd anniversary of Take Back the Night at the University. Throughout the past decade, the vigil has traditionally been held in the Amphitheater. Occasionally, it has been at other locations on Grounds, such as the Rotunda steps in 2002.

“The vigil is really geared towards empowering survivors, and just kind of creating a sense of community for them that you’re not alone, you can survive this, you really have a place here, we hear you and we’re there for you,” said Sarah Nolan, third-year College student and one of the co-chairs of Take Back the Night.

Survivors of sexual assault from the University and the larger Charlottesville community were encouraged to share their stories at the vigil. Survivors were given an array of options to share their stories — speaking themselves, standing behind a tent so they remained anonymous or having a member of the vigil committee read their story for them. It was made explicitly clear that any survivor who signed up to speak could drop out at any time if they felt uncomfortable.

There was a moment of tension when a passerby shouted “I can’t hear you!” and “[explicit] those investigations!” at a survivor during their testimony about going through Title IX. It was unclear whether the passerby was sober or aware of what event was taking place. However, the vigil committee was quick to send members to stand at the top of the Amphitheater to ensure that there were no further interruptions and that anyone walking by would be quiet and respectful.

Caroline Peters, a fourth-year College student who organized the vigil, explained that sharing stories is not only important for survivors’ healing process but also helps inform the community about the prevalence of sexual assault around Grounds.

“Survivors a lot of times find peace and healing and comfort in community and being able to share their story and feel heard,” Peters said. “But the community also kind of gets to understand what’s going on behind the veil… I think people overlook the issue or think that there’s no way that their friends or their family could have that problem or deal with that… But hearing testimony from classmates and community members, people that you trust and admire,  I think is just a really powerful thing for a lot of different community members.”

Kathryn Williams, a second-year in the College who attended the vigil, echoed the sentiment that community members can learn a lot from survivors.

“Listening to the survivors at the vigil was really challenging, but extremely important. What they had to say was so powerful and really opened my eyes to certain types of violence and abuse that I hadn’t considered before,” Williams said. “I was completely blown away by their bravery and how they were willing to share their stories.”

While it is important for the community to learn more about sexual assault, Patrick Andrews, the other co-chair of Take Back the Night at U.Va., said that the main areas of focus for this year’s vigil was healing and recovery for survivors.

“If they’re ready to talk about what’s happened and think it’s going to help them in the long run, being able to share that with other people and share that burden out in the open, I think it sort of gives them a relief,” Andrews said. “Also, just having people to listen to what you’ve gone through to reaffirm you, I think that’s a pretty powerful thing.”

However, last year, the vigil was held on the Downtown Mall rather than on Grounds because the University did not grant Take Back the Night permission to use amplified sound. However, Take Back the Night returned to its traditional location this year after changing the date to a weekend and agreeing to some new rules imposed by the University to promote safety, such as using LED lights rather than open flame candles.

Peters enjoyed having the vigil downtown last year because many more community members were involved, but she is glad to be back on Grounds.

“It was very important for me to have the vigil on-Grounds, to reclaim U.Va. in a sense,” Peters said. “I think [the Amphitheater] is a symbol of U.Va., and symbols can remind people of problems that certain institutions have. So the fact that we’re there, claiming that space at U.Va., is really important.”

The Take Back the Night Vigil took on a new model this year to sponsor the event. CIOs were invited to co-sponsor the vigil if they promised to have at least 15 percent of their membership attend. Women’s track and field and cross country pledged to have all their athletes come, and clubs such as University Democrats, One Less, One in Four, and Peer Health Educators were just some of the other co-sponsors.

Involving so many groups on Grounds would help assure survivors that they are surrounded by a supportive community of students, according to Andrews.

“When someone is sexually assaulted that sort of makes spaces uncomfortable and makes it unwelcoming to them, so by having these conversations around and involving Grounds in the conversation, I think it makes that space a little more safe,” Andrews said. “I don’t want to speak for survivors because not everybody’s the same, but I think ideally, by getting all of the University involved in the conversation, it takes away some of that stigma and makes it a little bit better of a place for someone who might have gone through something traumatic.”

Take Back the Night at U.Va. organized a Take Back the Bar event last week at Crozet Pizza, where all proceeds went to the Shelter for Help and Emergency. There will be a Healthy Masculinity event April 15 which will discuss the harmful effects of toxic masculinity, and April 17, the group will host a policy breakdown co-sponsored with University Democrats that goes over Title IX and process of reporting sexual assault. The events for Take Back the Night will end April 18 with a Day of Healing on the lawn, where different self-care activities such as yoga and painting will be set up to help people cope and take care of themselves. 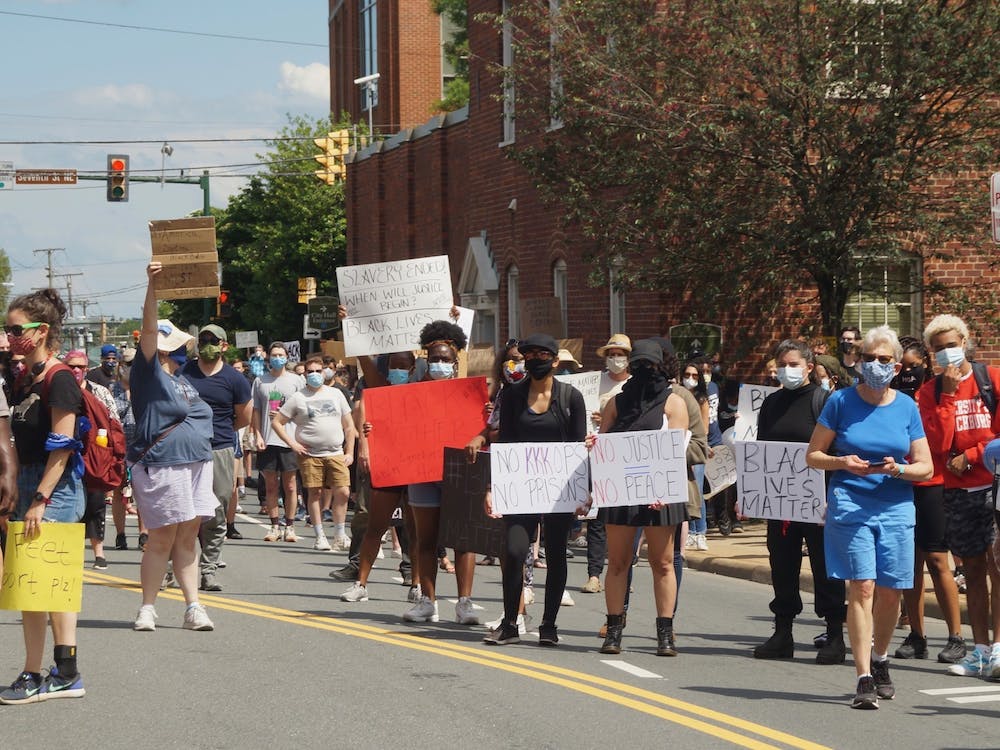 By Jacquelyn Kim | 9 hours ago 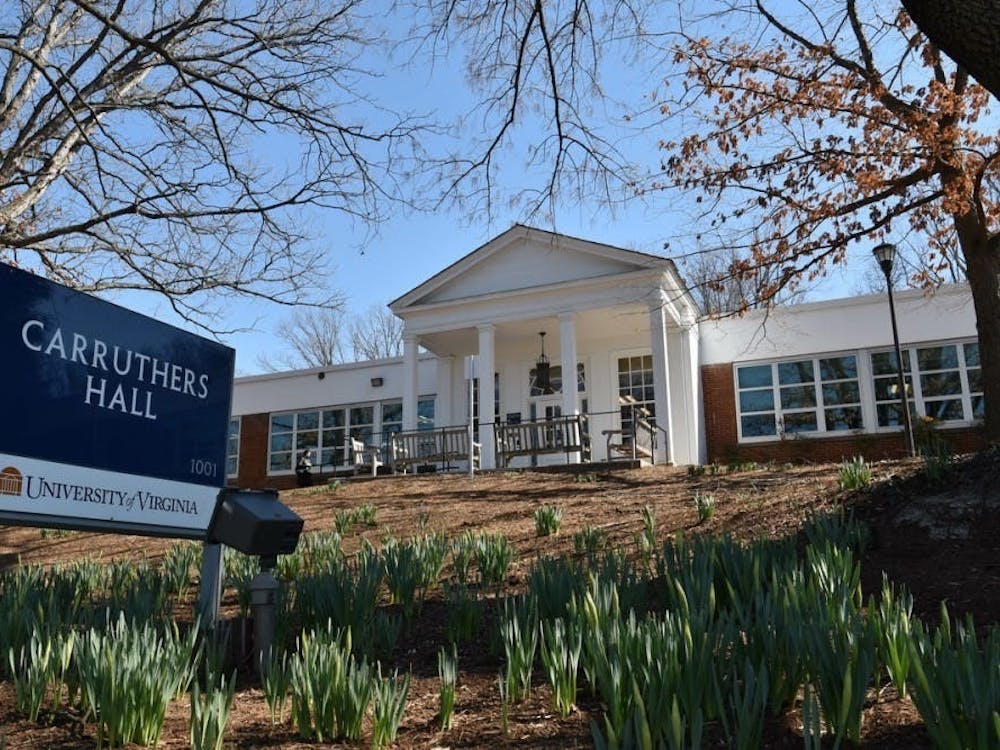 By Paige Waterhouse | 19 hours ago

The application serves as “a streamlined process to evaluate applications and distribute funds to eligible students as expeditiously as possible” according to Hester. 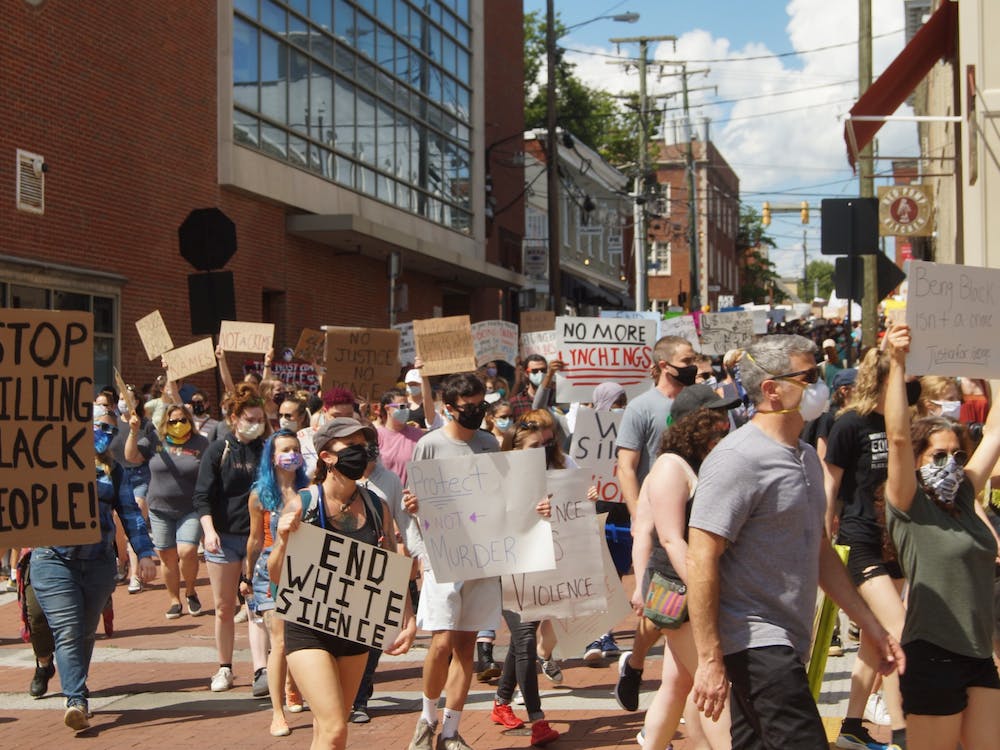 The protest in Charlottesville is among the latest in a string of demonstrations condemning the murder of George Floyd across the country. No instances of violence were reported in the City Saturday.

KEAT: A renewed case for an Asian American Studies program