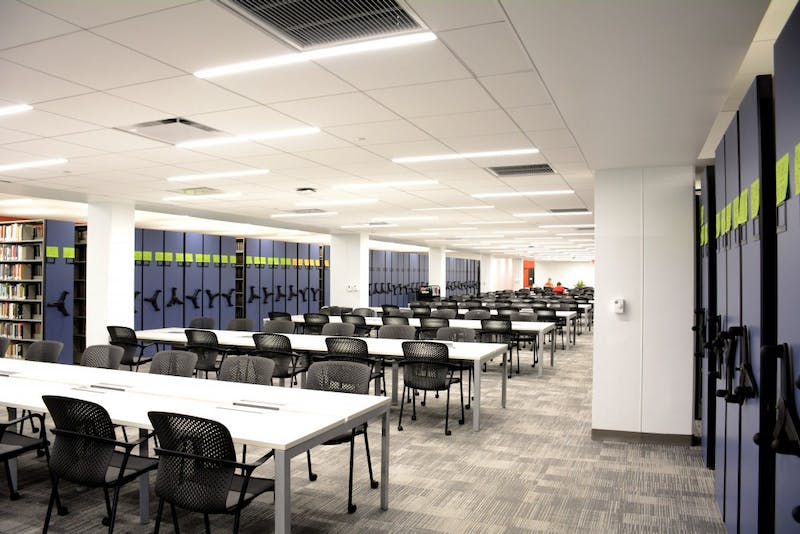 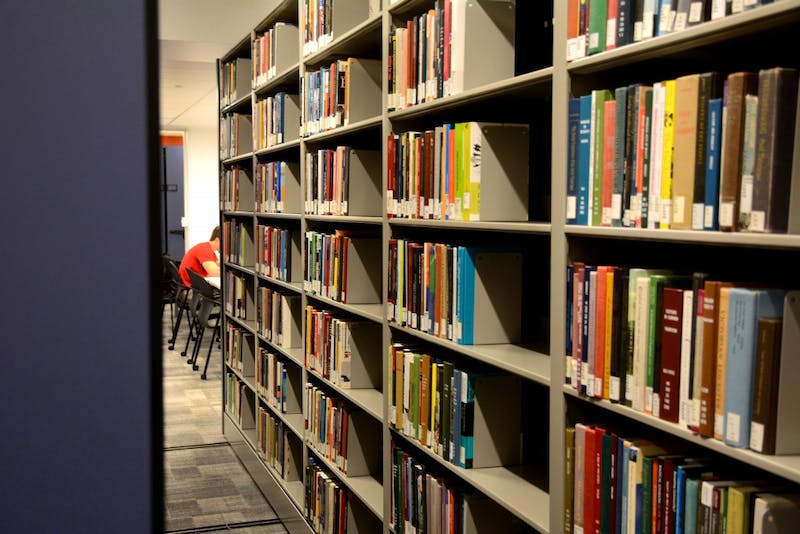 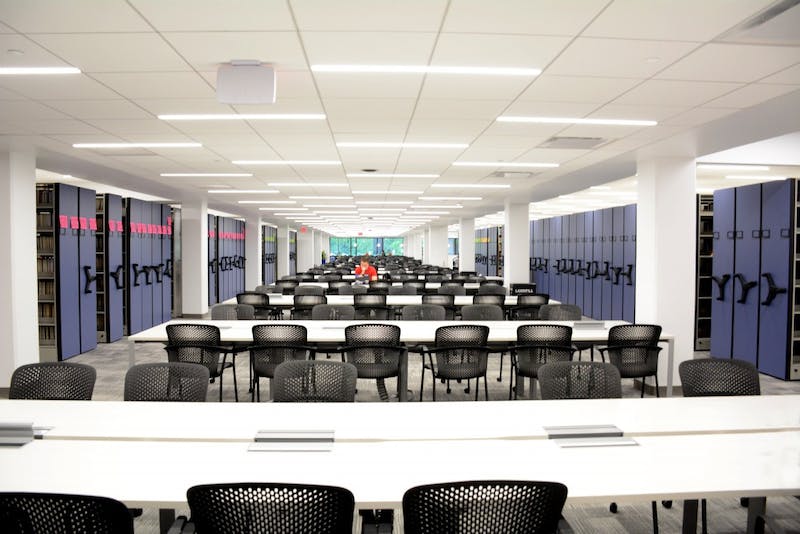 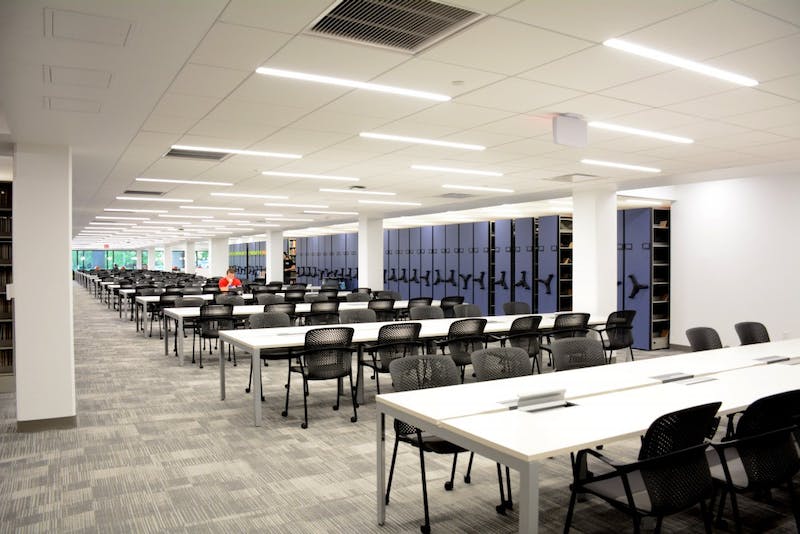 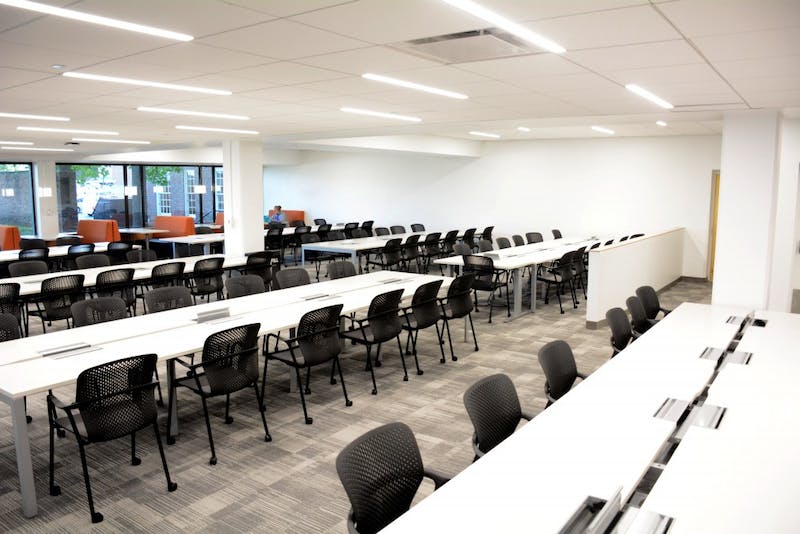 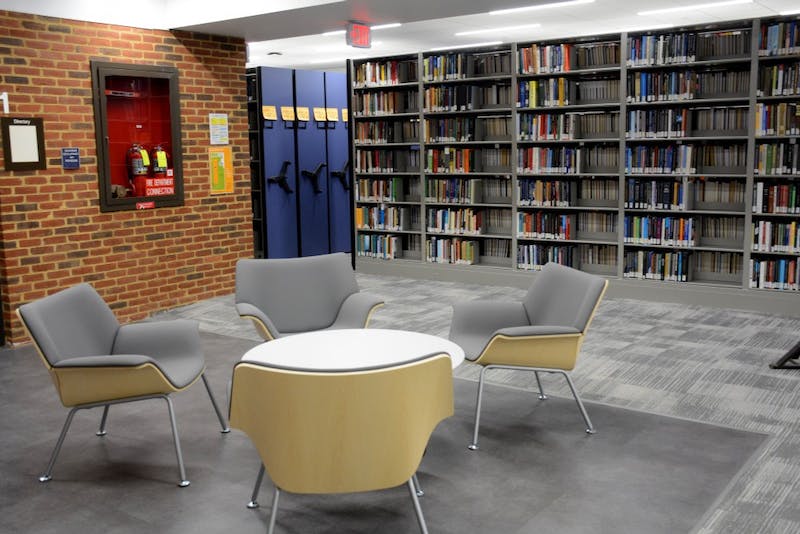 The first floor now offers 350 seats, standing desks that can be adjusted to certain heights, desk charging stations, LED lights and other amenities.

After being closed for the entire 2018-2019 academic year for renovations, the first floor of Clemons Library reopened to the public last month.

In the past year, the first floor — known for its designation as a silent study space — has undergone a series of updates, which have cost the University just under $5 million. Prominently featured is the first floor’s new compact shelving, built to hold Alderman Library materials as the University’s central humanities and social sciences library undergoes renovations beginning in May 2020.

The compressed shelving blocks, which can be moved apart to create aisles for browsing books, can house about a half a million books. According to Esther Onega, the stacks delivery director of Alderman Renovation Planning, only 350,000 books are being moved from Alderman’s 1.7 million-item collection to Clemons, so that the library can order and house new books during the Alderman renovation.

“The idea is that we'll still be able to purchase new books and put them in Clemons Library so that people can use them right away,” Onega said.

The rest of the Alderman books will be placed in Ivy Stacks — a closed, climate-controlled storage center near North Grounds. Students and faculty will be able to request books from Ivy Stacks, though it could take a few days for the books to arrive. No books from the Alderman collection are being removed from circulation, Onega said.

The book moves began in May. Onega said all 1.7 million books will be moved into Clemons and Ivy Stacks by the end of the calendar year. Clemons specifically, she said, is slated to have all of its books by mid- to late-September. The books are being transported by call number order, which Onega said will make the move back to Alderman easier.

“We haven't quite decided how we want to organize the books when they come back to [Alderman],” Onega said.

Regardless, Onega said, the compact shelving in Clemons will remain.

“We're hoping to take advantage of the time while [Alderman] library is closed, to get a good handle on how it is used and see how use patterns help us make some decisions about the best way to put the books back in the building,” Onega said.

Alderman renovations are scheduled to begin in May 2020, and they focus on making the library safer and more accessible. The renovations will also increase study space and demolish the existing stacks. Alderman is slated to reopen in the spring of 2023.

Until then, Library communications director Elyse Girard said the first floor of Clemons could become one of students’ “new favorite study spaces.” The first floor now offers 350 seats, standing desks that can be adjusted to certain heights, desk charging stations, LED lights and other amenities. The bathrooms have been renovated and a sprinkler system is in place on the first floor.

If there is one thing that has not changed about Clemons first floor, it is that the space is still designated for silent study. Jee-Ho Kim, a first-year College student, said she expects to study on the first floor again now that she has been to the new Clemons.

“It’s a mix of old stuff and modern stuff,” Kim said. “The books are really old but the shelves are really new and they’re not creaky — but they’re silent.”