HESS: Impeachment is not enough

Impeachment does not go far enough in holding the president accountable for his recent actions.

Articles of impeachment pushed through by a Democratic majority in the house accomplishes nothing if the Republicans do not remove President Trump from office.

Since President Donald Trump took office in 2017, people have been calling for his impeachment for a number of different reasons — his mental fitness, collaboration with a foreign power in order to win an election and his brash and inhumane actions in office have all been causes for concern. Yet the latest headlines are building up to be something more than an office affair — they carry similar weight and consequences that came along with the dark days that followed after the Watergate scandal in the 1970s. While the divided Congress agrees on almost nothing, they have the chance to prove to the United States and the world that our system of checks and balances is actually effective and that no one — not even the president — is above the law.

Last month, The Washington Post broke the story about a whistleblower report, outlining a phone call between President Trump and Ukrainian President Volodymyr Zelensky. The scandal implicates Trump, his personal attorney Rudy Giulliani and Attorney General William Barr. In July, Trump took a phone call with the Ukranian President, and according to the report, Trump used this phone call to “advance his personal interests.” The president allegedly asked Ukrainian President Volodymyr Zelensky for information on Former Vice President Joe Biden and his son Hunter Biden — specifically for information related to Hunter Biden’s involvement with an Ukranian gas company. He also apparently brought up 2016 election hacking claims, asking the Ukranian President to locate and turn over servers used by the Democratic National Committee in 2016, leaving Giuliani and Barr as the two contacts to use to follow up on these requests.

The actions taken by Trump outlined in this report are not just wrong — they are inexcusable and dangerous for national security purposes as well as the integrity of this country. He is explicitly asking foreign powers to help undermine the fundamental democratic processes of the United States. Trump is not trying to win your vote in 2020 — he is trying to cheat the system. He has committed treason against the country he represents and that should scare all Americans.

It can be argued that Trump has committed a potentially impeachable offense in just about every month of his presidency so far — but this whistleblower complaint is a smoking gun. Since its release, House Democrats have already opened an official impeachment inquiry, something Speaker of the House Nancy Pelosi would barely even talk about previously. Trump’s attacks parallel Nixon’s behavior after the Watergate scandal broke. Democrats’s majority in the House would allow for an impeachment vote to pass, which makes the possibility that Trump will become the third American president to be impeached even more imminent. However, impeachment is not enough for a treasonous and democracy undermining president — only a Senate vote to convict and remove Trump from office can truly hold him accountable for his actions.

It seems very unlikely that the Republican-controlled Senate would choose to convict the president, especially since removal requires a two-thirds supermajority in the Senate. But, maintaining allegiance to a president with allegations of treason against him is not a good look. As the impeachment inquiry delves into the whistleblower complaint, only more trouble for Trump can come of it — it has become increasingly clear that Trump broke the law and put American national security at risk. For a party that investigated Benghazi and an email server for months, the Republican Party should be absolutely furious. While a few Republicans are supporting the inquiry and potentially even removal, such as Former Senator Jeff Flake (R-Ariz.), an overwhelming majority is either against the process or completely silent. Polls have shown a recent rise in support for impeachment, even among Republicans, yet barely any congressional Republicans have changed their tone at all.

At this moment in time, we are living in is the ultimate test for American democracy. The United States must decide if it should accept the partisan divide and allow treason to persist or if it should come together and rid of the blatant corruption in the Oval Office. Every American should be scared. Not because of Trump or Russian interference, but because of how extremely reckless and dangerous acts that threaten our democracy are not seen as a threat by everyone due to an unhealthy partisan divide within our country.

An impeachment pushed through by a Democratic majority in the house sends a message, but accomplishes nothing if the Republicans do not remove Trump from office. We do not have the time to wait until 2020 to work on this problem — Trump can and must be removed from office. His illegal actions shattered the sanctity of the office of president — ‘draining the swamp’ must begin at the top.

Hunter Hess is an Opinion Columnist for The Cavalier Daily. He can be reached at opinion@cavalierdaily.com.

By Editorial Board | 51 minutes ago 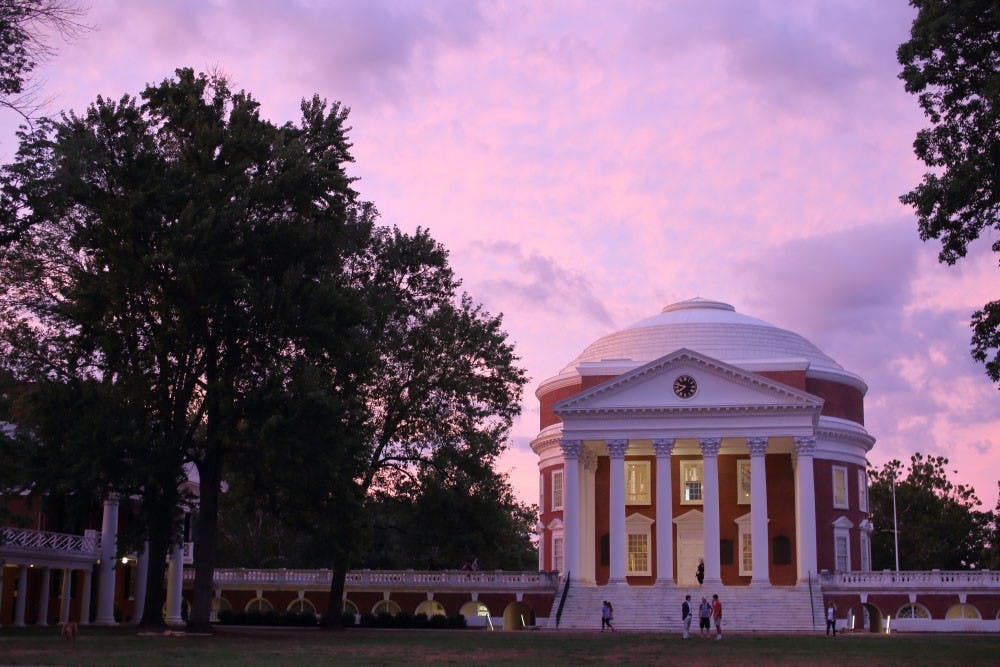