Pizzeria personalities: If your favorite pizzeria could talk

You could say each Charlottesville pizzeria has its own distinct personality —  so if your favorite pizzeria was a person, who would they be?

Charlottesville has plenty of pizzerias, but not all are the same. We each have our favorites for one reason or another — whether it’s the old man who works the counter, the crust that’s chewy just the way you like it or the fact that they deliver at 2 a.m. You could say each pizzeria has its own distinct personality —  so if your favorite pizzeria was a person, who would they be?

Benny’s is by far the biggest personality in the room. They love being the center of attention and jokes are kind of their thing. Growing up in the Bronx, they basically lived on a strict diet of pepperoni slices from their neighborhood pizza joint but don’t be fooled — this guy’s a major foodie. Just because the Sheetz workers know Benny’s grilled cheese order by heart doesn’t mean they don’t know good, honest food when they see it — they’re just more low-key than most. Benny’s loves company, so their door is always open — literally. Unapologetically themselves, Benny’s has the level of confidence we all wish we could have.

Everything Crozet owns smells like incense. Crozet was vegan before it was cool — but don’t worry, they won’t mention it until they’ve known you for at least a week. Always dressed in crop tops and exotic printed pants, Crozet is inherently and beautifully chill. They have a home flower garden that would make your kitchen herb plants look like a couple of yard weeds — can somebody say green thumb? Oh, and I should probably also mention they’ve hiked every trail in Shenandoah National Park — not just once, but twice. If you scroll through their Spotify playlists, you’ll discover some of the best jam bands that nobody’s heard of. Keep on spreading the positive vibes, Crozet.

Have you heard Lampo, like, studied abroad? They spent four months in Naples, and boy, does it show. Lampo is almost always busy, so finding a time to hang is impossible, but when you do, you have their undivided attention. Nobody can rock the Euro-minimalist look like they can — oh, and did I mention their Italian is flawless? Lampo is 5-foot-2, perpetually dressed in subtle earth tones and is always the coolest person in the room without even trying. Caught somewhere between the Italian nonna you never knew you needed and a Roman fashion model who summers on the Amalfi Coast, Lampo is truly unique.

MOD has had a job lined up with a tech startup in Silicon Valley since the end of third-year. They were probably voted “Most Likely to Be a Billionaire” in their high school yearbook, but somehow there’s nothing pretentious about them. They are an everyman — people-pleasing is their middle name. Born with an innovative mind, MOD can build just about anything from a pile of junk. Consistency and efficiency might as well be tattooed on their forehead — if only ink didn’t hurt their chances in the job market.

Mellow is truly, well, mellow. They live in their vintage Grateful Dead tee and Birkenstocks and longboard all over Charlottesville — even in the winter. Mellow’s bohemian attitude makes them just funky enough, without leaping over the fence into flower-child territory. And even though you might only see them for their weekly trivia nights, their personality immediately puts everyone at ease. Easygoing, reliable but never boring — what’s not to love?

Christian's is that guy you always see out but can never — for the life of you — figure out how you met. Everyone likes them because they’re always the life of the party. Don’t try to walk down the Corner with them — one minute they’re leaning over the fence at Trin and next thing you know 30 minutes have passed, and you’ve only just made it to Boylan. Nobody really knows why they love Christian’s or how they somehow always end up with them, slumped on a couch, next to an empty box of College Inn cheesy bread — but I’ve never heard anyone complain. 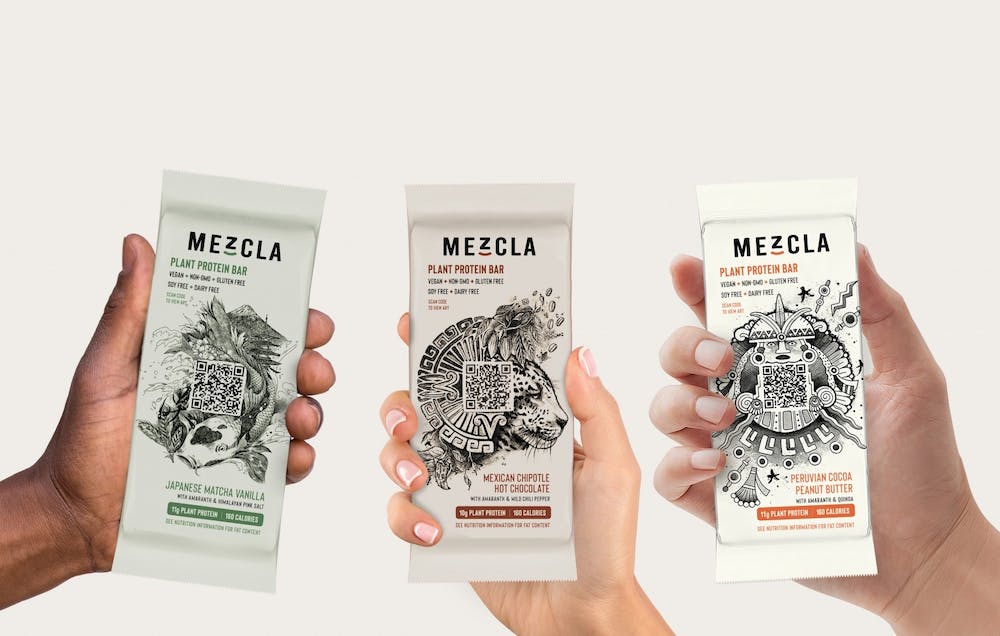 How U.Va. alumnus Griffin Spolansky brought the culture movement to food with Mezcla