This fall, international students have faced restricted travel, challenges related to online classes and difficulty connecting with other University students, regardless of whether they are studying in Charlottesville or abroad.

One aspect that has made international travel less certain is the recent political changes surrounding international students’ VISA statuses. In early July, U.S. Immigration and Customs Enforcement tightened regulations by planning to revoke the VISA status of international students attending universities that were only offering courses online. The University quickly clarified that it would be running a hybrid semester with some in-person courses, but these changing regulations — which have since been revoked — still created an environment of uncertainty.

Third-year College student Parth Kasat, from Mumbai, India, currently lives in an apartment in Charlottesville. He said that he thinks that the International Studies Office has done a good job of keeping international students informed about the changing American regulations.

“The ISO office has been really good at communicating with us,” Kasat said. “And making sure we're informed on the latest, you know, the situation that's happening and travel situations and accommodation and stuff like that.”

Even if visa laws remain stable in the U.S., international students also have to worry about their ability to return home due to measures other countries are taking to control the entry of travelers from the U.S., which currently has 11 million COVID-19 cases as of Nov. 15. The European Union, Australia and China have all implemented regulations targeted at travelers from the U.S.

Second-year College student Kehui Chen and fourth-year College student Yuying Zhang have both encountered barriers to visiting their families in China because of new travel regulations. As of Nov. 7, China requires passengers to present two negative COVID-19 test results, both taken within 48 hours of boarding a flight to the country.

Chen said that she has changed her winter break plans as a direct result of this new testing policy.

“I initially planned to go back this winter, but I decided not to because of [the new regulations],” Chen said. “And I'm quite sad. Because students in China, they're having fun.”

Second-year College student Ria Kharosekar currently attends virtual classes from India and decided to stay home in part due to the significantly higher cost international students have to pay to live on Grounds.

Second-year College student Deniz Özer currently studies in Turkey and is considering coming back to Charlottesville for the spring semester.

However, her parents are worried by the much higher COVID-19 case numbers in the U.S., which has more than 20 times the number of cases than Turkey.

“My parents are especially worried,” Özer said. “Because they know that life is normal here, and then they're just like, ‘what are you going to do there?’”

Upperclassmen said that studying outside of the U.S. has been bittersweet, because while they get to spend more time with family, they feel removed from friends living in Charlottesville.

“I'm here over festival season, eating home-cooked food,” Kharosekar said, referring to the five-day festival of Diwali. “Like that's all great, but I'm also missing my friends, and I miss Charlottesville. I miss feeling like a University student.”

Kharosekar added that she’s had to follow an unusual schedule to keep up with her online classes.

“The time difference is hard,” Kharosekar said. “I don't think it ever gets easier — I take a nap in the afternoon, and then I wake up, and then I do stuff, and then I go to bed at a normal time but then I have to wake up in the middle of the night.”

Özer said that she also feels like classes are not scheduled well for international students because professors do not assume that students are halfway around the world when structuring classes.

“Because the international population is so small, everyone just assumes that everyone's in Fredericksburg, or like, Richmond,” Özer said. “That's just not the case.”

Özer had multiple exams scheduled from 12 p.m. to 12 a.m. EST, which is 8 p.m. to 8 a.m. TRT. Özer said that she has been able to get 12 hour extensions for these assignments in some, but not all, of her classes.

Many first-year international students are taking classes online without having ever seen Grounds in-person.

Kasat said that taking classes online has been manageable for him as a third-year student, but said that it has been much harder for first-years because they have never had a chance to build a community on Grounds.

“I’m a third year so I’m kind of used to U.Va. by now, but I know a few fellow first-year international students who struggled a lot,” Kasat said.

First-year College student Adi Raghavan, who currently studies in Mumbai, said that he and other first-year international students think they have missed out on parts of their college experiences.

“The first experience is not how it should be, and everybody's like, not connected,” Raghavan said. “It's hard for everybody. But there’s still just this thought nagging, ‘I think I’m missing out.’”

Raghavan has also felt the impact of time zones beyond his classes — he has signed up for multiple CIOs but struggles to attend meetings as most are held well after midnight in Mumbai.

As all University students know, the classroom experience has been disrupted by the shift online and the safety precaution necessary to hold in-person classes, with about 92 percent of U.Va.’s classes being held online this fall.

Kasat said that he thinks the online class experience has improved since the spring.

“This year, we had proper expectations of what was going to go like. We already have some experience of what is going to be like,” Kasat said. “And in general, I think everyone just got used to the idea of Zoom classes. So everyone's more comfortable talking in lectures.”

Zhang, who is taking one class in-person, said that she appreciates how much in-person education contributes to her experience as an international student by giving her a way to meet students outside of her group of friends, even with all the restrictions due to COVID-19.

“That’s been just a light in the week because I get to just get out of the door for a while,” Zhang said. “Especially for international students, or for people from a different culture, I find it difficult to have ‘small talk’ with others anymore.”

“I think that is something that we can do ourselves, be more aware of having a community around you to support you,” Zhang said. “A lot of things that people used to do — in terms of art, in terms of music, things that make people happy — they are still doing online which is really great.” 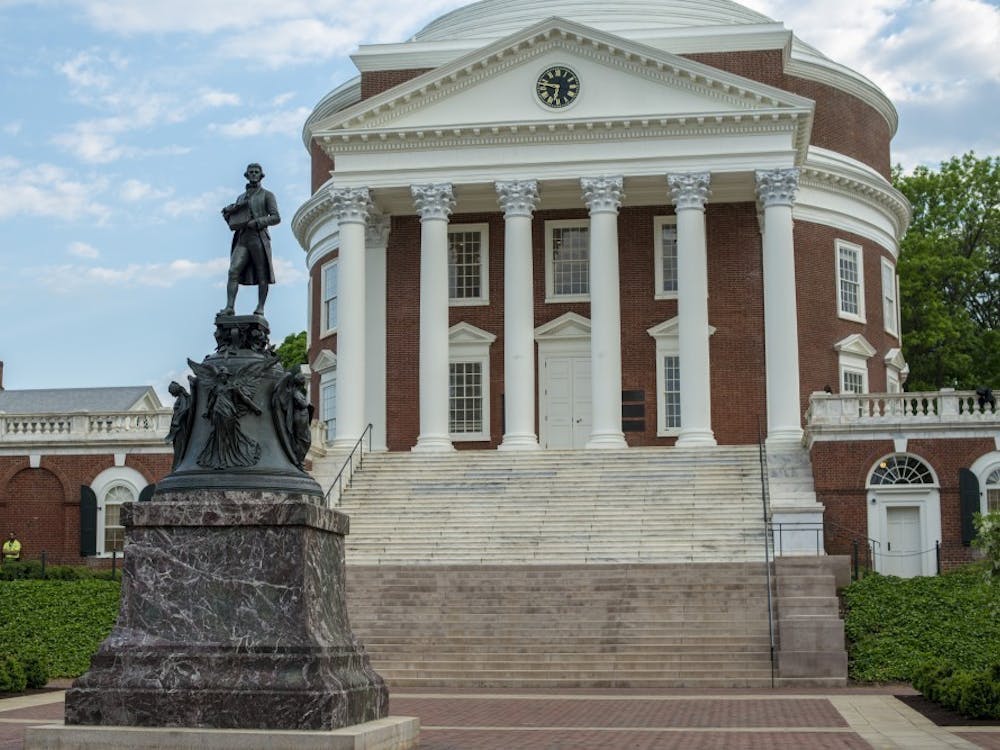 By Emma Gallagher | 6 hours ago

Single-use plastics are made to be disposed of immediately after use and are most commonly used in packaging and service ware. 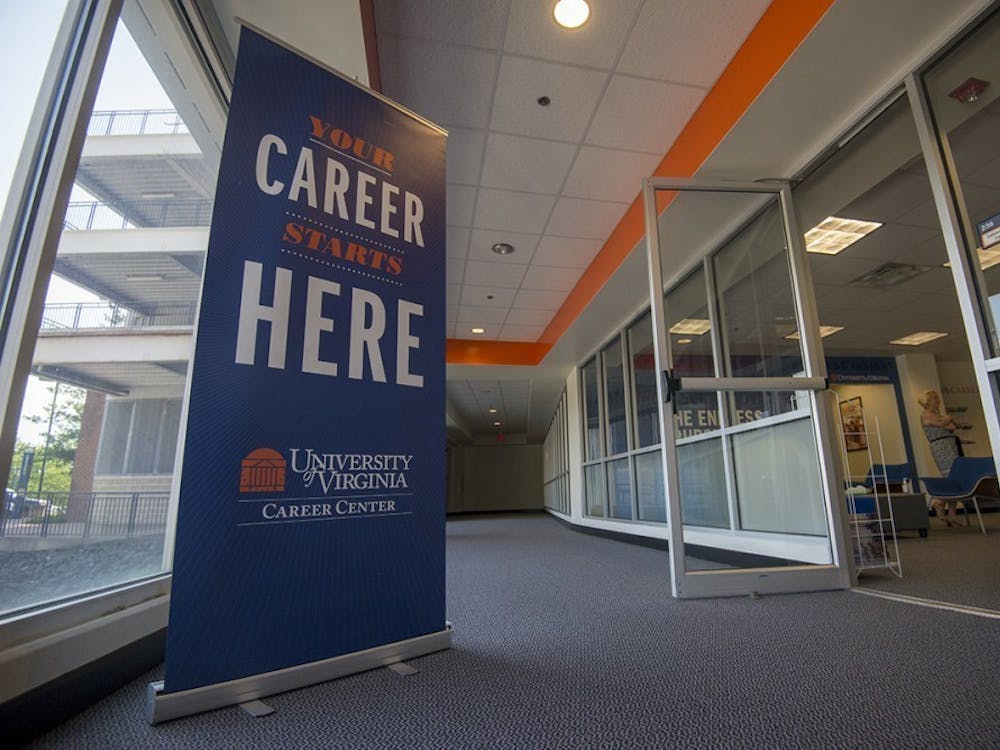 Most internships are paid, though unpaid interns will receive a stipend from the University. Eight-week internship stipends are typically $2,000 while four-week stipends are $1,000.

MOVE was born out of this necessity when critical direction was presented to employees — but only in English.

BRHD enters phase 2 of COVID-19 vaccine distribution, all individuals 16 and up eligible