The statue, a celebration of Clark’s violent displacement of Native Americans, stood for nearly 100 years

The University’s statue of George Rogers Clark was removed from Grounds on Sunday morning, following the City of Charlottesville’s removal of two Confederate statues and one of Meriwether Lewis, William Clark and Sacagawea on Saturday.

Dozens of community members gathered to watch the contract crew from Team Henry Enterprises, applauding and cheering as they lifted the depiction of the Revolutionary War figure from its base. The statue depicts Clark on horseback with a crew behind him, as they encroach upon a group of Native Americans. Native American and community activists have denounced the imagery as an example of white supremacy and colonial violence for years.

The statue was erected in 1921 and commissioned by Charlottesville philanthropist Paul Goodloe McIntire. The namesake of the University’s School of Commerce and art and music departments, McIntire also funded the City’s statues of Robert E. Lee, Thomas “Stonewall” Jackson and Lewis and Clark that came down Saturday.

The crew drove the statue from the site around 10 a.m., then began work deconstructing the statue’s base. The pedestal is engraved with Clark’s name and the descriptor “Conqueror of the Northwest,” referencing his role expanding United States territory through the violent displacement of Native Americans.

The bases of the three City statues that were relocated Saturday will be removed at a later date, whereas construction on the University site will continue throughout the week, according to University Spokesperson Brian Coy. The University plans to place the George Rogers Clark statue in storage and work with a committee to determine an appropriate location.

“As recommended in the Racial Equity Task Force’s report and approved by the Board of Visitors in September 2020, the University has contracted for the removal of the George Rogers Clark on University Avenue,” Coy said.

The Board of Visitors approved the University’s Racial Equity Task Force’s proposal that the statue be removed in September. Anthony Guy Lopez, head of the Native American and Indigenous Studies Group, recalled in a previous interview with The Cavalier Daily that before University President Jim Ryan’s administration, he advocated for the statue to be removed throughout John T. Casteen III and Teresa Sullivan’s tenures. Lopez led the George Rogers Clark Statue Disposition Committee and is a member of the Crow Creek Sioux Tribe.

While the statue’s removal is an important step toward rectifying the representation of Native Americans at the University, Lopez says there is still structural work to do. He noted Indigenous studies still lacks a sustainable, established academic program beyond a minor.

“This is a new start for the University, but I think if we're not careful, if we don't replace the statue with something substantive … it's just erasure,” Lopez said in an interview with The Cavalier Daily on Sunday. “That's all we've accomplished — the erasure of the only Native American presence at the University.”

In August 2019, a local petition for the University to remove the statue garnered 675 signatures. Ryan passed the recommendation along to the University’s President’s Commission on the University in the Age of Segregation.

Months later, the Native American Student Union, the Latinx Student Alliance, Political Latinxs United for Movement and Action in Society, Virginia Student Environmental Coalition and Central Americans for Empowerment co-hosted a march to the site to commemorate Indigenous Peoples’ Day in protest of national observance of Columbus Day. The following month, the statue was defaced with red paint, which the University covered with a tarp and later removed.

Last summer, UVAToday published an account of the statue’s history as one of the four divisive monuments constructed in Charlottesville between 1916 and 1924. Researchers from PCUAS described them as “powerful symbols of white supremacy.”

“The Lee and Jackson statues perpetuate the myth of the Lost Cause and actively distort American history,” the report read. “The monuments to George Rogers Clark and Lewis and Clark do much the same — they aid in sustaining many of the most destructive myths about American Indians.”

Prior to the Board vote in September, demonstrators gathered around the statue urging the University to do more than just remove the structure, with demands which included establishing a U.Va. Native American Foundation to return University land to the Monacan Nation, rezoning the area to permit a multi-story building and constructing an Indigenous Cultural Center in place of the statue. Advocates add that the University must take such action with formal consultation from tribal stakeholders and establish a full-time Indigenous liaison office at the University.

“The statue expressed a certain truth about the legacy of America's treatment of Indigenous peoples,” Lopez said, reiterating the call for the University to make an impact beyond the statue’s removal. “You know there was some truth in the statute, there was value in it. But without it there — without a real substantive commitment — we've been erased.”

All students, faculty, staff, contractors and visitors who are unvaccinated are required to wear masks inside, except when in a private space, and all times outside.

The City has started to solicit expressions of interest for transfer of the statues to any museum, historical society, government or battlefield. 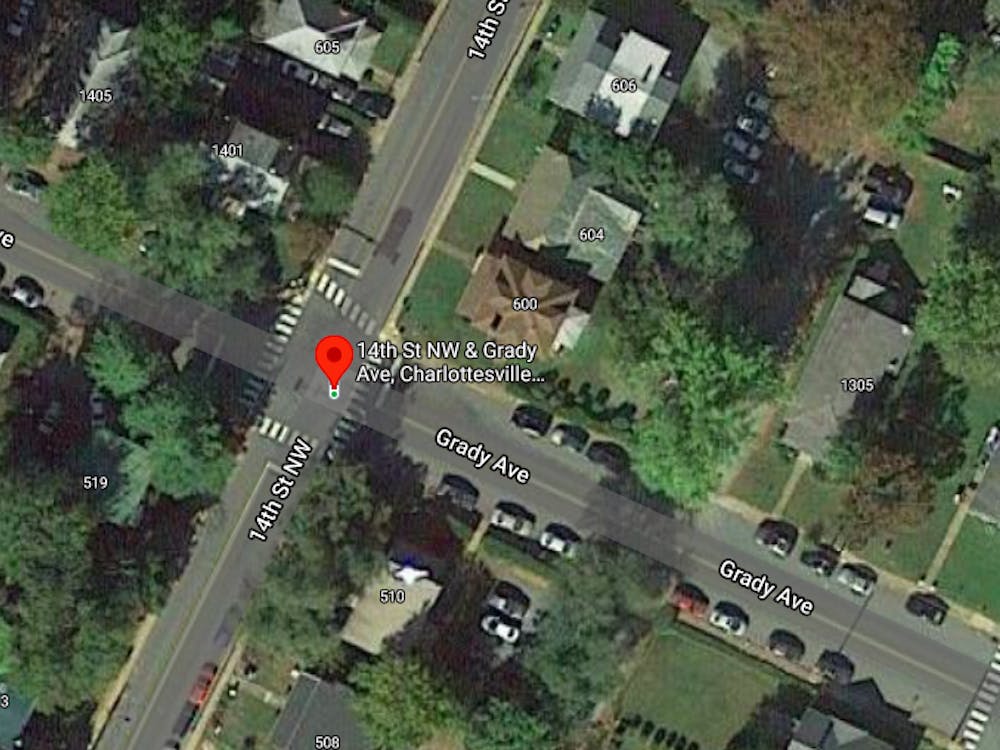 The suspect is described as between 30 and 40 years old with a mustache and an afro-style haircut. He was wearing a red shirt and black shorts.