America cannot preach self-determination and freedom if they continue to treat the colonized people of Puerto Rico, and other island territories as second class citizens.

Despite decades of debate in Congress over the topic of Puerto Rican statehood, the conversation continues to be pushed to the side. While many congressmen and women have voiced their support for statehood, very few have openly advocated for Puerto Rican self-determination or even independence. Meanwhile, Puerto Rican representatives continue to lack political power in both American politics and in making decisions on behalf of the island. Unfortunately, despite preaching self-determination and freedom for nations around the globe, the U.S. has made no effort to bestow the same rights to the people of Puerto Rico and other U.S. territories.The age of colonization has long come to an end, and it is time for the U.S. to practice what they preach and abolish the colony.

To understand Puerto Rico’s current political status and why independence is necessary, it is important to understand its long history of colonial occupation. Borinquen was a thriving island nation inhabited by an Indigineous group called the Taino. Rather than acknowledging the sovereignty of the Taino, the Spanish invaded the island in 1493 and later named the island Puerto Rico, or “Rich Port.” The Spanish sought to drain every available natural resource — exploiting the land and its people for profit. During the Spanish-American war, Puerto Rico sided with America in hopes of escaping Spanish colonialism. However, the U.S. did not intend to free Puerto Rico as the islanders had hoped. Instead, following the 1898 Treaty of Paris, the U.S. annexed the island in order to exploit Puerto Rico’s thriving sugar industry and to use the island for military purposes.

Like Spanish colonization, the 123 years of U.S. colonial oppression have been parasitic and painful for Puerto Rico. This includes historical forced sterilizations of Puerto Rican women and the use of land for the U.S. military to test bombs. Equally heinous was the 1917 Jones Act, which imposed U.S. citizenship on Puerto Ricans without their consent. This was not a charitable act —  rather the U.S. needed their allegiance during World War I and benefited from the drafts of Puerto Rican men into the military. Further the U.S. wanted to disguise the true nature of the occupation under the guise of extending American citizenship to Puerto Ricans. Even today, the U.S. continues to hide this by referring to the island as a commonwealth. However, Puerto Rico is a modern day colony and is the only country in Latin America never to have been afforded independence from its colonial oppressors.

Now that the U.S. no longer needs Puerto Rico for its military endeavors or for their material resources, they see Puerto Rico as an economic burden as the island struggles with decades of crippling debt. A proposed reason for the federal government's denial of statehood is because the U.S. does not want to inherit these financial problems.The irony is that historical foreign exploitation often leads to political and economic instability for island economies. This is unsurprising as foreign powers often fail to understand the unique needs of island economies, which include necessary disaster protection from frequent and socio-economically devastating hurricanes. Even with economic exemptions, the U.S. has continuously failed to properly aid Puerto Rico and is a major factor as to why Hurricane Maria proved so devastating and led to mass displacements of residents in 2017.

The federal government’s solutions to Puerto Rico’s debt crisis — such as the Puerto Rico Oversight, Management and Economic Stability Act in 2016 — have kept Puerto Rico financially dependent on the U.S. and have severely limited self-governance. The intention of PROMESA was to restructure Puerto Rico's debt, but instead it became a method of control. Under PROMESA, the U.S. government has more power than the Puerto Rican government, who are unable to approve their own budget. In an attempt to stimulate the economy, the U.S. has even used tax incentives as a method to attract rich non-Puerto Ricans into making permanent residences on the island. The small percentage of native Puerto Ricans who are able to afford the rising costs of living on the island often work servicing wealthy American tourists.

Although the question of statehood remains one of the most pressing issues for the island, it would not repair Puerto Rico’s economy. Instead, Puerto Rico would become the poorest state in the nation. After overwhelmingly voting for statehood several times since the 1970s, the United States continues to ignore Puerto Rico’s desire to be equal in all matters. However after years of repression, there is a growing independence movement on the island. If Puerto Rico chooses independence, there are several ways the U.S. can aid in the transition. For one, they owe Puerto Rico 123 years worth of colonial reparations in order to curb the debt crisis and repair the economy. They can further extend allyship as Puerto Rico begins to form treaties and starts trading with other nations.

Puerto Rican history is more than the pain of colonization. It is the story of strength in the face of adversity and of a beautiful language and blended cultures. Puerto Rican culture needs to be preserved and passed on through the generations, and Puerto Ricans deserve self-autonomy to continue to tell that history. As a Boricua myself, I long to see my beautiful Borinquen rise from its colonial oppressors. I believe in the strength and resilience of Puerto Rico to rise up from its financial debt, to build a stronger economy and heed to its unique needs. The United States cannot preach self-determination and freedom without freeing the people of Puerto Rico and recognizing the island as a sovereign nation.

Yssis Cano-Santiago is an Opinion Columnist for The Cavalier Daily. She can be reached at opinion@cavalierdaily.com. 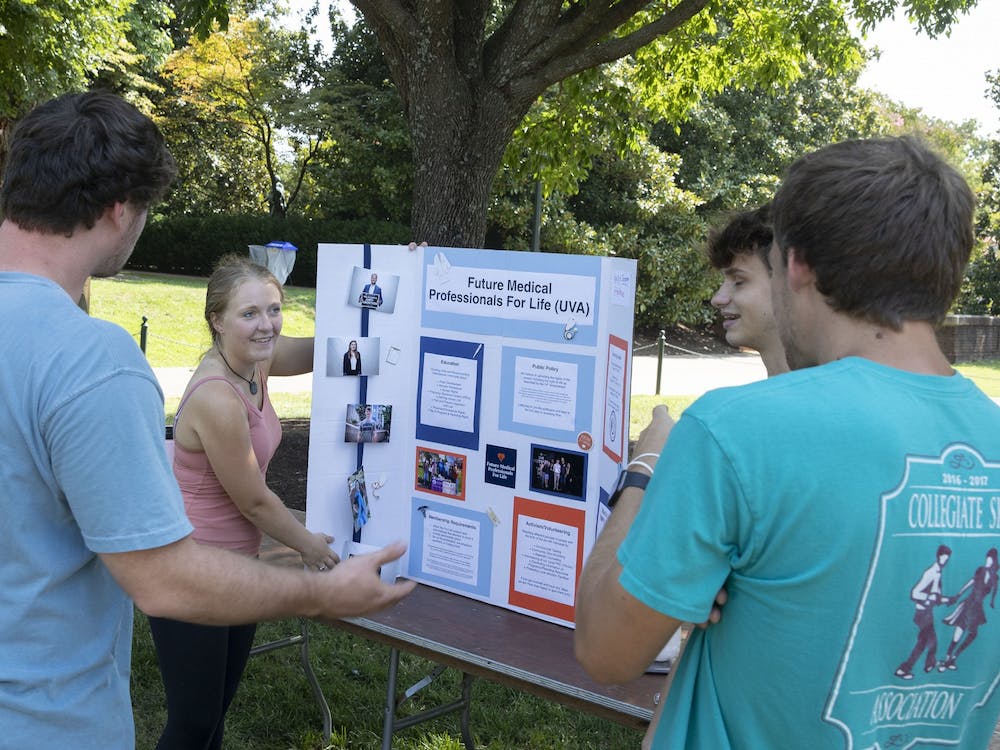