The fatal police shooting of 18-year-old Michael Brown, a reportedly unarmed, African-American citizen of Ferguson, Missouri, has brought law enforcement and police brutality to the forefront of national interest.

The Aug. 9 shooting sparked outcry not only in Ferguson, where tensions are high due to a history of police distrust and racial prejudice, but nationwide.

Members of the University and greater Charlottesville community have been vocal in protests of police actions in Ferguson and prejudice in law enforcement across the country.

Details of the shooting are murky and highly disputed. Some reports state Brown surrendered peacefully with his hands in the air when he was shot by the white police officer. Others claim he responded aggressively to St. Louis County Police Officer Darren Wilson’s request to stop walking in the middle of the road.

A History of Racial Tensions

According to a recent survey conducted by John Logan and Brian Stults at Brown University and Florida State University respectively, St. Louis is the ninth most racially segregated city in America.

Charlottesville was not included in the study — its scope was restricted to the top 50 metropolitan regions with the largest black populations. But two other Virginia regions, Norfolk and Richmond, were listed as the 39th and 44th, respectively.

Charlene Green, community outreach specialist in the Charlottesville Office of Human Rights, said certain moments in Charlottesville’s past are indicative of racial tension.

“You can point to things that have occurred in the history in Charlottesville that have lead to inequities; some sanctioned by local governments and some because of social norms that have emerged in this country,” Green said.

“It doesn’t create the kind of
welcoming atmosphere in a
community that people should
feel no matter who you are.”

Green cited the 1960s destruction of the predominantly black neighborhood of Vinegar Hill as evidence of this discrimination. In 1964, city voters approved the leveling of the area “for the financial benefit of the city,” she said.

Upwards of 500 Charlottesville citizens and about 40 businesses were displaced by the Vinegar Hill demolition.

“It doesn’t create the kind of welcoming atmosphere in a community that people should feel no matter who you are,” Green said.

More recently, racial slurs have been spray-painted in Charlottesville and even on Grounds — including on Beta Bridge. Green also said various fraternities have been known to exploit certain ethnicities with party themes.

Could Ferguson happen in Charlottesville?

Police in Ferguson met protesters with extreme tactics, such as the use of tear gas and rubber bullets. These extreme measures were used both in periods of rioting and peaceful protest.

Longo did not disclose the specific equipment in use by the Charlottesville police force, but maintained the need for transparency when he and his staff use these tactics.

“This is an evil world, and evil things happen — and when they do, I need to call upon certain equipment and resources to keep us safe,” Longo said. “But when it’s used, ask why.”

Longo said that the Charlottesville community has, in his experience, handled disagreements — even passionate ones — with a sense of civility.

Even during times of discourse where sincere, intelligent, and passionate voices disagree, this community seems to handle such discourse with passion, grace, calm, and peace,” Longo said in an email. “I hope that will always be the case.”

But other members of the Charlottesville community are not quite as confident.

Longo estimates that approximately 12 percent of the Charlottesville police force is comprised of non-white members; however, he said there is a need to increase the minority presence in local law enforcement.

“We commit to a more diverse police department, and I’m saying to each one of you that I need your help,” Longo said at the forum. “Not just men and women of color, but other minorities. Encourage them to become part of an organization that respects the role of law.”

Second-year College student Vendarryl Jenkins and fourth-year Engineering student Mustapha Allanah, president and vice-president of the University’s chapter of the National Association for the Advancement of Colored People, respectively, said they feel that Charlottesville’s culture is just as susceptible to racial profiling and police violence as Ferguson.

“Certainly it could happen here in Charlottesville, what’s to preclude Charlottesville from that?” Jenkins said. “There’s nothing about the culture here that would say this cannot happen. For me, I think it’s a question of being proactive versus reactive. I think that’s what we’re trying to do now — to say that we have a voice and we will stand against this now. Not when it happens, not when someone strikes again, but now.”

Green said it is important to discuss what types of initiatives are in place to prevent something like “a Ferguson” happening here. She noted Charlottesville’s establishment of government initiatives such as the the Office of Human Rights, the Dialogue on Race, and City of Promise, all of which are permanent programs sponsored by the city.

She said she is optimistic such programs ensure the African-American community has better representation in Charlottesville than the community in the St. Louis area.

“The issues that erupted in Ferguson were not just an overnight thing,” Green said. “It wasn’t just due to the tragic death of Mike Brown — it was something that had been building up over time. I don’t see those types of things [in Charlottesville] that had been happening there in terms of lack of presence and lack of voice.”

Several CIOs, including the University’s NAACP chapter and the Black Student Alliance have engaged in varied initiatives to respond to the Ferguson controversy.

Friday at The Source, an activities fair organized by the BSA, the Black Presidents Council and the NAACP staged a “Hands Up, Don’t Shoot” photo. The photo is part of a national initiative sponsored by the National Chapter of the NAACP.

In the photo, students posed with their hands in the air, as Brown allegedly did before the shooting.

“Every one of us here at U.Va. has the responsibility, as educated sisters and brothers of this great country of ours, to step forward and address these situations when they take place,” Allanah said.

“The real goal is for people to realize that Ferguson isn’t an isolated event. Police brutality and stereotyping African Americans takes place all across the country — even in Charlottesville,” Frazier said. “We are not responding to Ferguson in and of itself, but to the repeated incidents of police brutality.”

“The general atmosphere was empowering for me to feel like I’m doing something and standing in solidarity with those in Ferguson,” Hardy said.

Though there may not be a cut-and-dry method to avoid another eruption reminiscent of the events in Ferguson, local parties seem to agree some changes are needed.

On Aug. 27, Longo released a “Our Statement of Commitment” to the public.

The statement re-defines the role of a law-enforcement in society. It says a police officer is “critical in protecting the constitutional rights of all citizens, ensuring the safety and well-being of the community, preserving peace, and exemplifying civic leadership.” The statement says police officers must be held accountable “for the critical tasks that they are entrusted to perform.”

In an email, Longo said the most important steps in ensuring the Charlottesville community and its law enforcement officials maintain a healthy relationship are “bold leadership, cultural wisdom, communication, and transparency.”

Allanah and Jenkins said creating a dialogue at the University community is an integral aspect of allowing the African-American community to be heard.

“Our responsibility as black men of this University is [to] open up this dialogue and get people more engaged in this conversation,” Jenkins said. “It’s definitely one that needs to be had.”

In a letter about the events in Ferguson, the NAACP called for a national proactive approach to address these problems.

“Do not wait until the problem knocks on the front door of your local area or neighborhood; this is a burden we all must carry,” the letter reads. “It is not a distant problem a few hundred miles away; it is our problem here and now, and we will respond.” 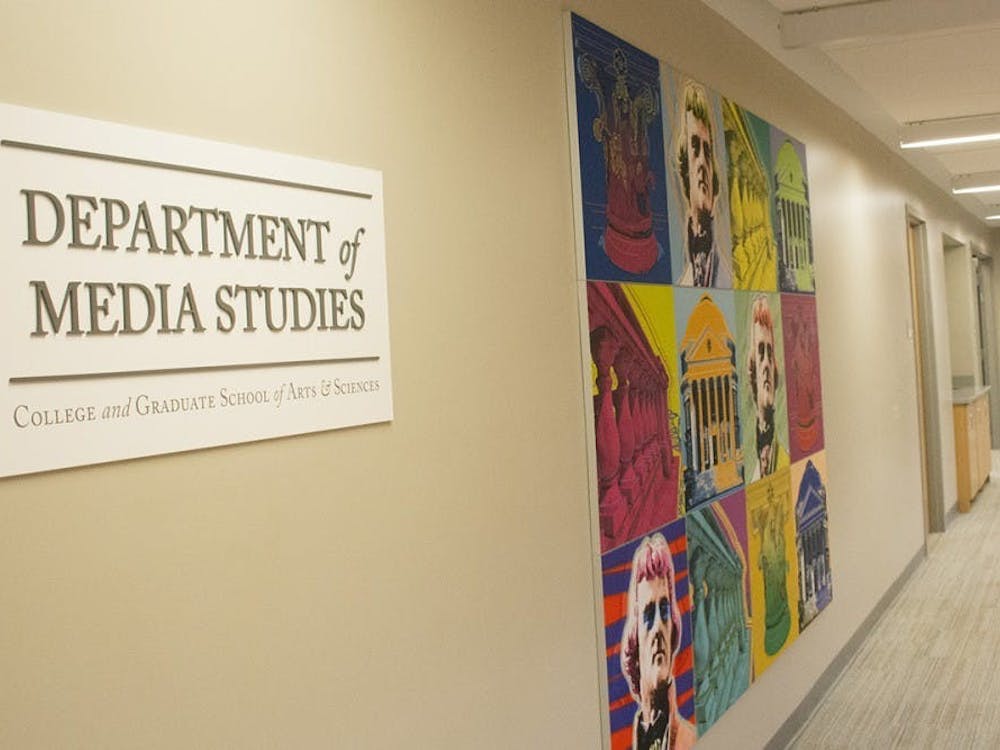 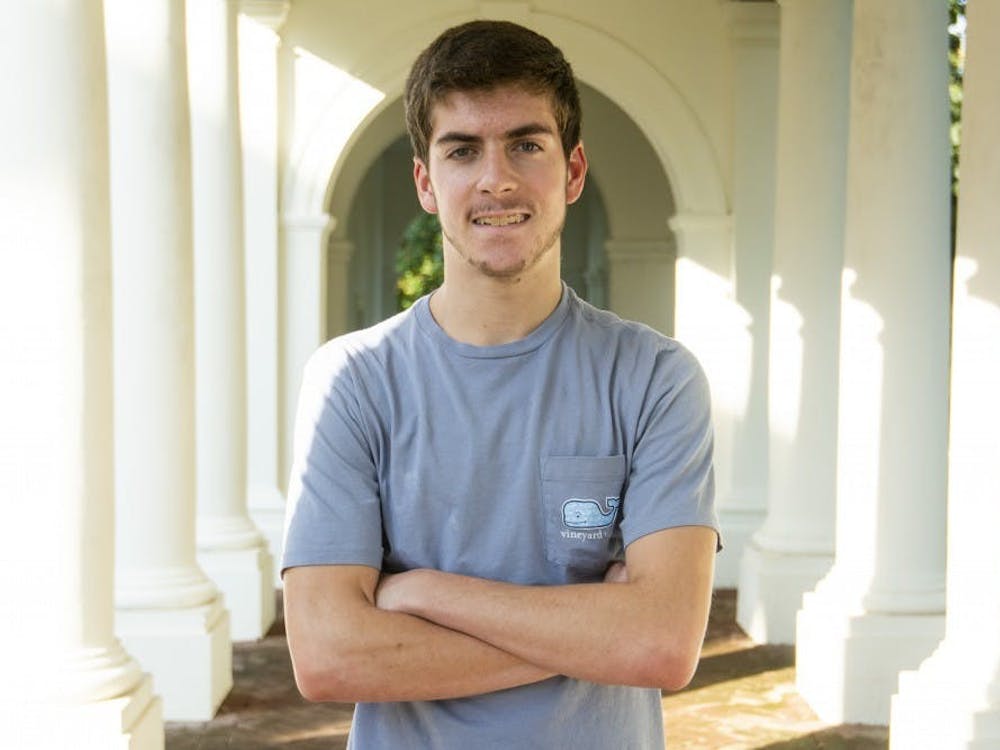 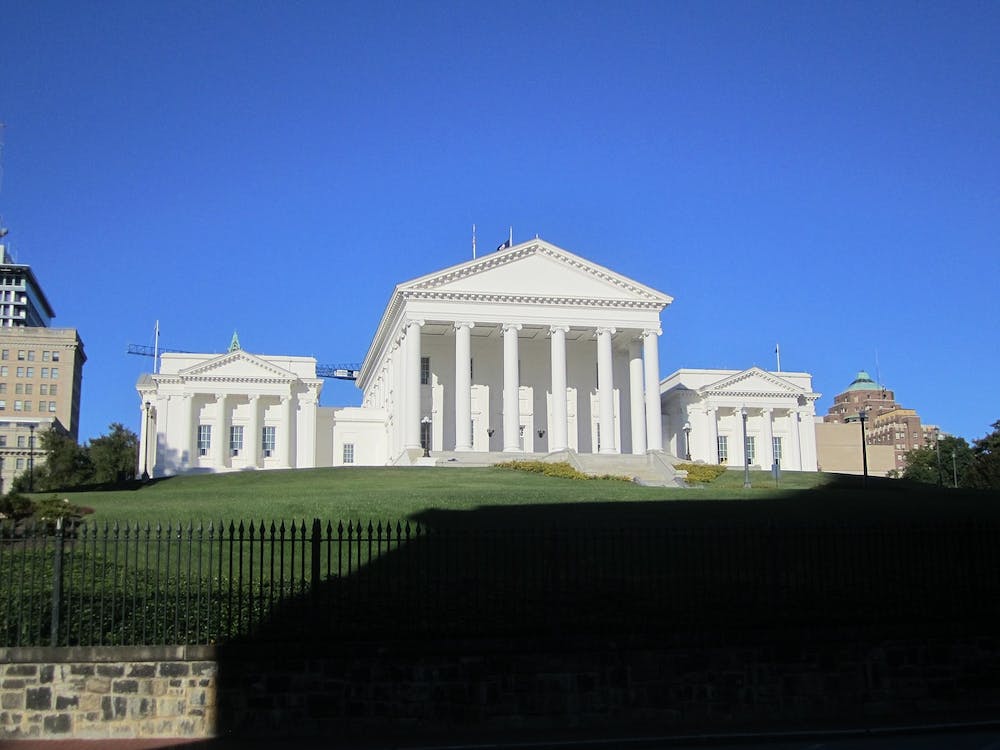