The release of Rolling Stone’s article “A Rape on Campus: A Brutal Assault and Struggle for Justice at UVA,” published Nov. 19, shook the University community to its core. The article detailed the story of then-first year student Jackie, who was allegedly gang raped at a party at the Phi Kappa Psi fraternity house in Sept. 2012. The article's author also criticized the University administration’s response to Jackie's and other sexual assault survivor's stories.

The article sent shockwaves through Grounds and prompted an array of responses. The same day the article was published, University President Teresa Sullivan issued a statement calling for a criminal investigation into the incident and expressing disgust with the actions depicted in the article.

The University chapter of Phi Kappa Psi fraternity then voluntarily suspended its Fraternal Organization Agreement with the University, thereby stopping all fraternity activities.

“We remain ready and willing to assist with the fair and swift pursuit of justice, wherever that may lead, and steadfast in our resolve to ensure that nothing like this can happen, ever on our Grounds,” the chapter said in a statement.

In response to the article, University students held rallies to show their support for victims and to voice their anger with the University's sexual misconduct policies. The Middle Eastern and Islamic Student Association held a rally in the Amphitheatre Nov. 20 titled “Stand Up Against Rape Culture” which attracted more than 1,000 community members.

First-year College student Maria Dehart lead a “Slut Walk” Nov. 21. Protesters marched around Grounds, ending up at Peabody Hall, where they were addressed by Dean of Students Allen Groves.

Protests spilled into the following weekend. Police arrested several community members protesting at the Phi Kappa Psi fraternity house, and faculty members dressed in full regalia to protest on Beta Bridge on the night of Nov. 22.

Campus fraternities voluntarily suspended social activities for the upcoming weekend following the release of the article. On Nov. 22, Sullivan released a statement announcing the suspension of all fraternal organizations and social activities until Jan. 9.

“Our challenges will extend beyond this weekend,” the statement said.

Later that night, the English, American Studies and French faculties and student organizations One Less and One in Four held discussions for students to express their opinions on sexual assault on Grounds.

At a special meeting to address the complaints in the Rolling Stone article and the University’s sexual misconduct policy more broadly, the Board of Visitors passed a zero-tolerance policy on Nov. 25.

President Sullivan held a meeting with students Dec. 1 to discuss the administration’s plans to address rape, alcohol abuse and the dangers of fraternity parties. These plans included faculty-wide sexual assault education; collaboration with Greek organizations, ADAPT and the Gordie Center; security personnel to monitor the Corner and Wertland Street areas on weekends; and funding to hire another trauma counselor for the Women’s Center.

On Dec. 5, the University chapter of Phi Kappa Psi released a statement indicating several factual discrepancies between the allegations made in the Rolling Stone article and an internal investigation. The chapter noted that no member of the fraternity worked at the Aquatic and Fitness Center in 2012 as the article described. Records also showed there was no social function at the fraternity house on Sept. 28, 2012.

“Our Chapter's pledging and initiation periods, as required by the University and Inter-Fraternity Council, take place solely in the spring semester and not in the fall semester,” the statement said. “We document the initiation of new members at the end of each spring. Moreover, no ritualized sexual assault is part of our pledging or initiation process. This notion is vile, and we vehemently refute this claim.”

The same day, Rolling Stone released its own statement, saying there were numerous discrepancies with the article and noting that their trust in Jackie was “misplaced.” Rolling Stone later updated their statement to extend their apology and said the blame lies with the magazine, not with Jackie.

“We have come to the conclusion that we were mistaken in honoring Jackie's request to not contact the alleged assaulters to get their account,” the statement said.

The updated statement also detailed the discrepancies in the story as revealed by the Phi Kappa Psi statement and a Washington Post article. The Post reported that after speaking with the three friends of Jackie’s who are mentioned in the article as seeing her on the night of her alleged assault — “Cindy,” “Randall” and “Andy” in the article — that many of the details did not match what she said on the night in question.

Jackie’s three friends, third-year Engineering student Ryan Duffin, third-year Commerce student Alex Stock and third-year Architecture student Kathryn Hendley, said that Jackie’s date took her to his fraternity house because he needed to pick something up, and that he then brought her to his room and forced her to perform oral sex on five men. Other reports have found that the name Jackie provided friends of the man is not someone who ever enrolled at the University.

In the aftermath, Rolling Stone asked the Columbia University Graduate School of Journalism to review the editorial and reporting process of its article. The effort is being spearheaded by the Dean Steven Coll and Dean of Student Affairs Sheila Coronel.

"Rolling Stone has agreed to publish our report in its entirety, without editing, on its website, as well as substantial excerpts in the magazine," Coronel said.

Sullivan announced Dec. 8 she had formed an Ad Hoc Group on University Climate and Culture to develop safety initiatives on Grounds. The committee, which has held two meetings since its inception, has three primary areas of focus: changing the student culture, developing sexual assault prevention policies, and improving administrative and institutional response. Achieving these goals will involve changes to Greek life, improving bystander training and peer education, and committing to a host of safety initiatives, the release said.

Several student groups worked to craft a series of policy proposals for the administration, the Board of Visitors, and other student groups as part of an effort to combat sexual assault. Recommendations include mandated Women and Gender studies classes, funding for legal counsel for survivors of sexual assault, trauma training for police, and University-sponsored alternatives to Block Party.

The report outlined nine steps for the Board and seven steps for the administration to diminish gender-based violence and rape culture on Grounds.

The Board also discussed Sullivan’s proposals which she outlined with the Ad Hoc Committee, and heard from University Police Chief Michael Gibson and Apalla Chopra, a legal representative from O’Melveny and Myers — the firm tasked by Attorney General Mark Herring to examine the University’s handling of sexual misconduct cases.

Many reforms are still in the works, including revised fraternal organization agreements with all Greek organizations, which were expected by the end of the calendar year and will be implemented before the organizations are removed from their suspension. Sullivan also said other student groups’ contractual agreements with the University would likely be reworked.

“How we answer these questions is not about protecting the University’s reputation — it is about doing the right thing,” President Sullivan said in her Dec. 1 press conference. “We will not be doing business as usual in spring 2015.” 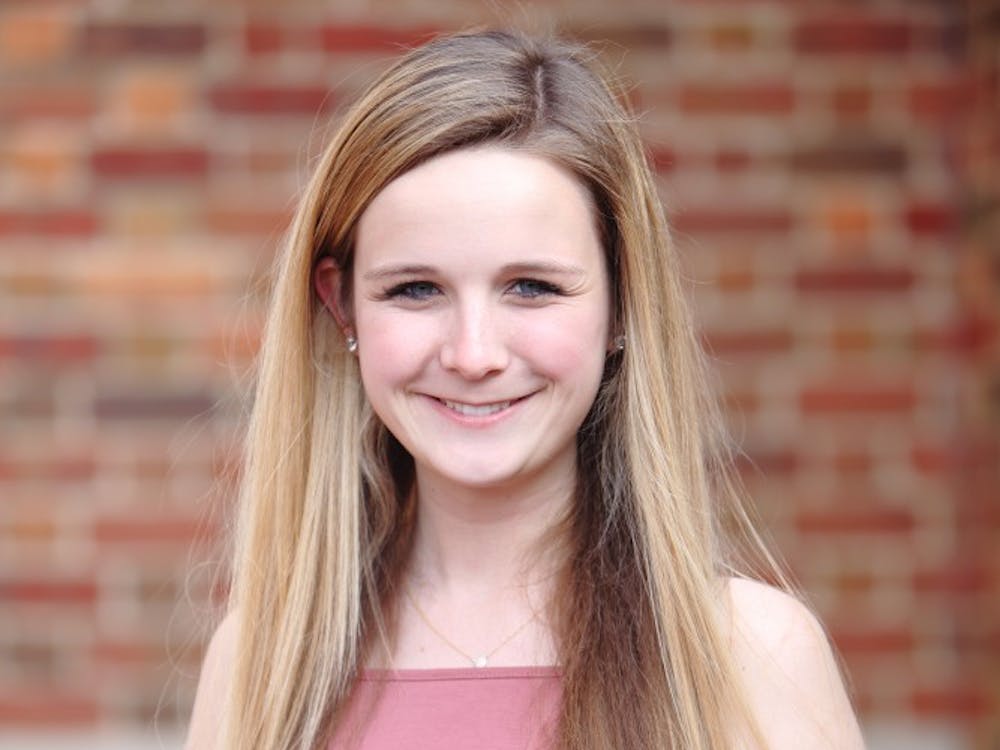 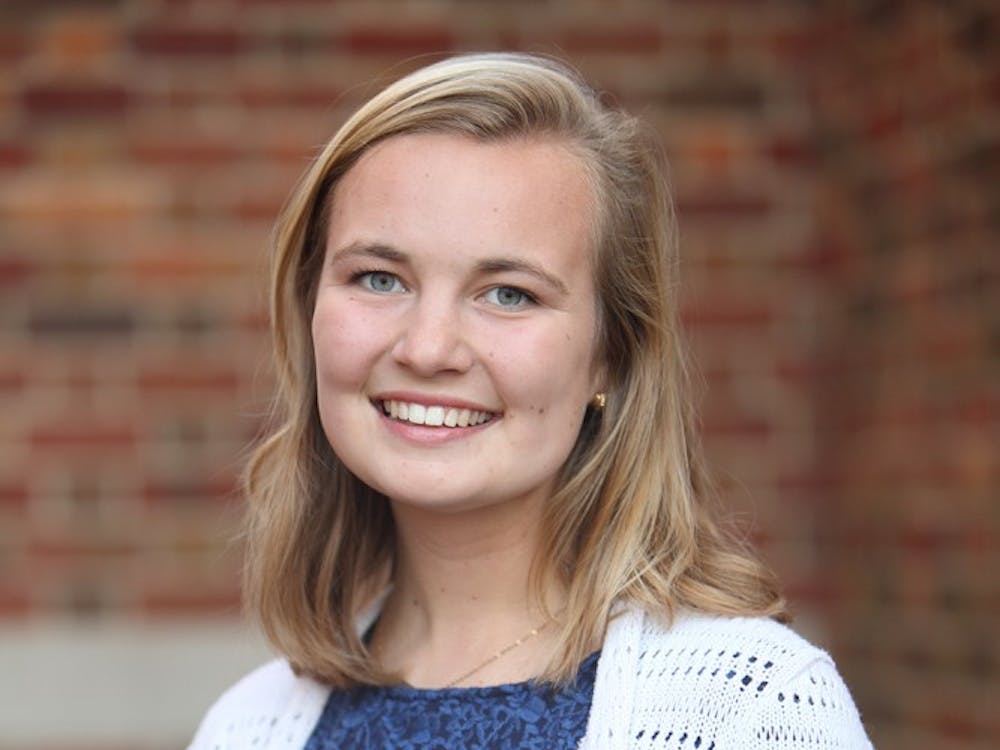 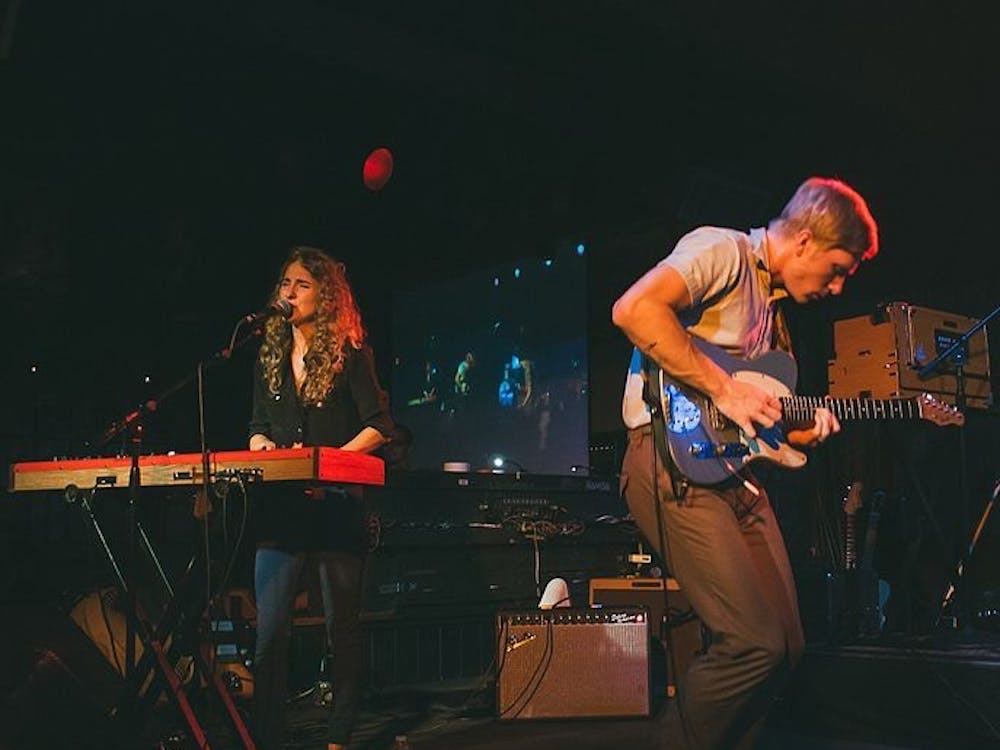 Enjoying a romantic night out at Fig