LAYENI: Another pale year for the Oscars

A “What’s the Word” column

As I am writing this, I do not know what the results of the 88th Academy Awards will be. Will Leonardo DiCaprio finally win an Oscar? Will Chris Rock lambaste the Academy with humor over another “pale” Oscars? I do not know, but what I do know is that the Academy has a huge problem. And their problem is just a microcosm of a larger set of issues that have to deal with diversity and inclusion in America.

Consider the following quote from 1926 by African-American scholar W.E.B. DuBois: “After all, what have we who are slaves and black to do with art?” As the #OscarsSoWhite controversy broke out, there was talk about how black entertainers and any black person who cared about the controversy should focus on more important issues such at the water crisis in Flint, Michigan or police shootings of unarmed black people. Of course these issues are important, but so is this one. Some people consider racial diversity in the arts a frivolous undertaking, and they believe real change can only be achieved through politics and legislation. But art has the power to make us take a hard look at ourselves and realize that we are both more wicked and more good than we realize.

The #OscarsSoWhite controversy stems from the lack of black entertainers (and people of color, save director Alejandro Iñárritu and cinematographer Emmanuel Lubezki of “The Revenant”) being nominated for a single award in any category. What makes this controversy even more severe is this is the second year in a row with a lack of black entertainer nominations. 2015 saw stellar performances and work in films by Michael B. Jordan, Ryan Coogler, Oscar Isaac and the cast of “Straight Outta Compton” to name a few. Why wasn’t their work worthy of approval and nomination by The Academy?

There are many underlying issues at play here. The first is that of diversity. Many people have been calling for diversity, but what do they actually mean when they say that? Diversity becomes a platitude when it has no definition. Does diversity mean just nominating a few more black entertainers?

For example, let’s look at the governing body of the Oscars. On Jan. 22, the Academy released a statement titled, “Academy Takes Historic Action to Increase Diversity.” One of the goals the Academy will commit itself to is “to double the number of diverse members by 2020.” On its website, the Academy boasts of being “comprised of 7000+ accomplished men and women working in cinema.” But let’s say hypothetically speaking there are 150 women in the Academy and that by 2020 there will be 300. Is that progressive diversity? According to a Los Angeles Times article published at the end of 2012, the Academy was 93 percent white, and 76 percent of their members were male with an average age of 63. How much has changed now?

Earlier when I mentioned standout performances of 2015 by people of color, I mentioned no women of color. That is also an issue. As Viola Davis remarked in her historic Emmys acceptance speech in September last year, “The only thing that separates women of color from anyone else is opportunity.”

There are way more issues at play here, including representation. When non-white entertainers win an Academy Award, what kind of roles do they play? For black actors, many of their Oscar winning roles come when they play slaves, criminals, dictators or abusive parents. There has also been a trend in black films that either focus on slavery, biopics or the era of the Civil Rights Movement. Marc Bernardin’s headline for The Hollywood Reporter sums it up well: “#OscarsSoWhite: Why Black Films Have to Be About MLK and White Movies Can Be About a Mop Inventor.”

Earlier in this article, I asked why black actors’ work wasn’t worthy of the Academy’s approval. I intentionally worded my question as I did to point to how the Academy exists in the imagination of actors and filmmakers. I understand the importance of an Academy Award nomination and a win for a person of color. However, especially for entertainers of colors, one’s worth should not be predicated on the opinion of a group that is mostly white and male.

If these actors and actresses and filmmakers came together and created the best art they could and told the stories they set out to tell, would that be enough? This is not to say wanting an Academy Award as a person of color is superfluous, but that maybe we should celebrate ourselves.

Kemi Layeni is a guest writer for The Cavalier Daily and Black Student Alliance’s bi-weekly “What’s the Word” column. 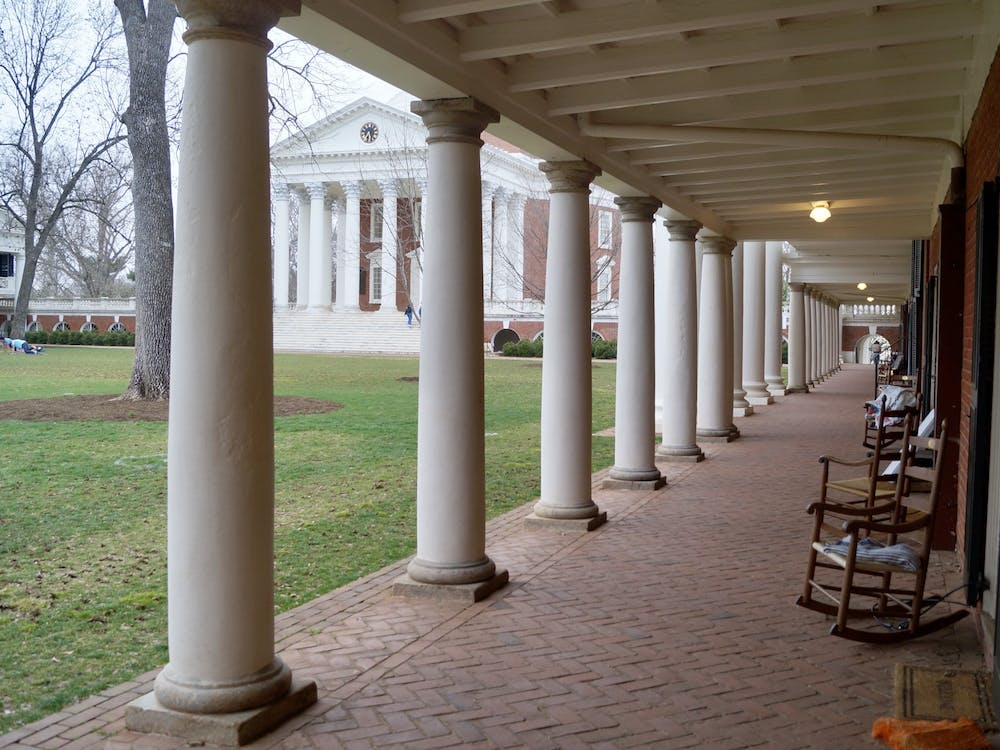 By Nicole Chebili | 7 hours ago