Beating the system of awkwardness 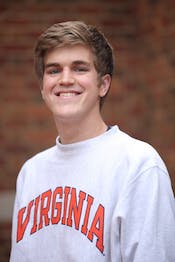 Look, I’m not always the paragon of “smooth.”

Occasionally, I fumble social encounters more spectacularly than Kevin did with that pot of chili in “The Office.” Whether it be the subtle awkwardness of replying to a “What’s up?” with a “Good!” or the embarrassment of going for the hug when only a dap is necessary, I’m well-versed in the language of social mishaps.

Most of the time, these slip-ups don’t affect me in the slightest. But sometimes — when I crack a tragically unfunny joke to a new acquaintance or mispronounce something while trying to sound smart with a professor — I’ll freeze up in the conversation. A nagging voice will enter my head saying, “Wow. You just messed up big time, Jack! There’s no way they’ll like you now!” And usually — just as I expected — I don’t end up forming a connection with that person.

I used to think that my occasional inability to connect with people occured because my blunders were just that embarrassing. But it wasn’t until I learned about the theory of the self-fulfilling prophecy that I began to recognize the true culprit.

The self-fulfilling prophecy is a psychological phenomenon wherein our expectations about others’ behavior ends up causing that behavior to occur. It works like this: first, a person forms an expectation about someone, and acts according to that expectation. For example, I think Matt is a jerk, and as a result, I don’t say hi to him when I see him on the street. When I snub Matt, he thinks I’m mad at him and doesn’t say hi to me. And when Matt doesn’t say hi to me, I come to think that my original expectation — “He’s a jerk” — was right all along — “He didn’t even say hi to me!” I don’t realize that my behavior caused him to act like that in the first place.

One famous study confirmed the effects of the self-fulfilling prophecy. In it, researchers gave a standardized test to a group of students. Teachers were told that a certain set of students had scored extremely well and would surely “bloom” throughout the school year. However, the researchers had actually made it up — in reality, these “bloomers” were randomly chosen by the scientists. They were no smarter than their classmates — only the teachers believed they were any different.

At the end of the year, something shocking happened — the “bloomers” actually showed greater increases in IQ scores than their peers did. Why? Since the teachers believed the “bloomers” were more intelligent than their classmates, they unintentionally gave them more attention, more advanced material and better constructive feedback. In other words, an expectation that had no basis in reality actually came to fruition through the teachers’ expectations.

After learning this, I recognized the ways that the self-fulfilling prophecy had affected my own interactions. I realized that my mindset towards my blunders — not my blunders themselves — were what caused my conversations to go south. When I made a gaffe and thought, “I’ll never recover from this,” I would get nervous and stilted instead of being my normal, wisecracking self. It was this nervousness that prevented me from forming a strong connection — not my actual mistakes. In this way, my expectations about the conversation’s dim prospects were what caused its failings.

A few weeks later, I got the chance to test out my newfound knowledge. One morning, in the fog of grogginess, I was walking to class with my friend Sam when one of his friends joined us. I’m not going to lie — she was pretty cute, and I got a little nervous.

“Nice to meet you, Jack,” she said, after we told each other our names.

For some reason, instead of responding with her name, I mumbled back, “Nice to meet you, Jack.”

That’s right — in my nervousness, I responded with my own name. This was some uncharted height of awkwardness, even for me. If beforehand I was merely well-versed in the language of social mishaps, I was now completely fluent.

In that moment, I could have told myself, “You’ll never recover from this!” However, I reminded myself that such an expectation would have only made me more nervous and shy, and this shyness would have been the source of our disconnect, not the gaffe itself. If I expected the conversation to plummet, it would end up coming true. So instead, I thought to myself, “It’s not a big deal.” I let my blunder slide off — and as a result, our conversation went off without a hitch.

The self-fulfilling prophecy works wonders. But disclaimer — it doesn’t work in every situation. I already tried silently repeating to myself “I’m a bloomer” instead of studying — it didn’t go over well.

U.Va. faculty members on their past memories, present state and future wishes