University Law Prof. George Rutherglen is providing pro-bono legal services to an inmate with Hepatitis C and cirrhosis of the liver in order to secure him treatment.

The lawsuit on behalf of Elmo Augustus Reid, a 60-year-old inmate at the Buckingham Correctional Center, accuses the Virginia Department of Corrections of violations of the Eighth and Fourteenth Amendments. The suit alleges cruel and unusual punishment and denial of medical treatment that shows “deliberate indifference to his serious medical needs,” according to the original complaint.

Hepatitis C is an RNA liver-based virus transmitted through blood or body fluid contact. It causes ongoing chronic inflammation that can lead to liver scarring and eventually cirrhosis, when scar tissue hinders normal function of the liver and causes it to fail. The only cure for cirrhosis is a liver transplant, making prevention crucial. Hepatitis B is a potentially chronic viral liver infection.

Despite being diagnosed with the most serious form of cirrhosis, Reid was denied treatment twice, first in 2015 for failing to make the liver function test score required for treatment and again in 2016 because he was scheduled for a parole hearing in six months.

“We’re bringing a case alleging that their treatment of his condition violates his constitutional rights, his Eighth Amendment rights,” Nina Goepfert, a third-year Law student assisting Rutherglen on the case, said.

The original lawsuit states Reid had not received testing or treatment for his cirrhosis or Hepatitis C since June 9, 2015, having been denied treatment for nearly a year and a half.

“This man is suffering because he can’t get the treatment we would all get in the community,” Goepfert said. “That’s not because a judge sentenced him to worse treatment than any of us would get, but his condition is worsening because of this treatment.”

A factor in denying treatment may be the expense. The Department of Corrections receives its budget from the Virginia General Assembly, and budget limitations may result in an unwillingness to pay for treatment, Goepfert said.

“Therapy is incredibly expensive, upwards of $52-100 thousand dollars per course of therapy,” Argo said. “The medication regimens that are currently in use are all pill-based … [and] work incredibly well.”

Two to three percent of the adult population has Hepatitis C, though only around 15-25 percent of patients develop cirrhosis, Argo said.

“It’s an incredibly prevalent disease, even though 2-3 percent [of the adult population] doesn’t sound like a lot, but that’s 200 million adults,” Argo said.

Among other risk factors like blood transfusion, unsafe tattooing and IV drug abuse, being incarcerated also increases the risk of contracting Hepatitis C.

“I don’t know if it’s a function of other risk factors … Whether it’s related to drug use or institutionalization or prevalence of tattoo and needle sharing in prison, I just know [incarceration] is a risk factor [for Hepatitis C],” Argo said.

Goepfert began involvement with prison work as an undergraduate at Oberlin College, and was motivated by seeing systemic problems in the correctional system.

“I really encourage students to get involved in criminal justice issues,” Goepfert said. “We focus so much on the front end, but once people are incarcerated they are kind of out of sight, out of mind for practitioners, for policymakers. I think that’s a problem. It’s an expensive problem for taxpayers, and a moral problem for us too.”

Students enrolled in HIST 4501, “The Climate Crisis” have been searching archives for historical data on the rising housing prices in Norfolk in collaboration with the University’s Repair Lab 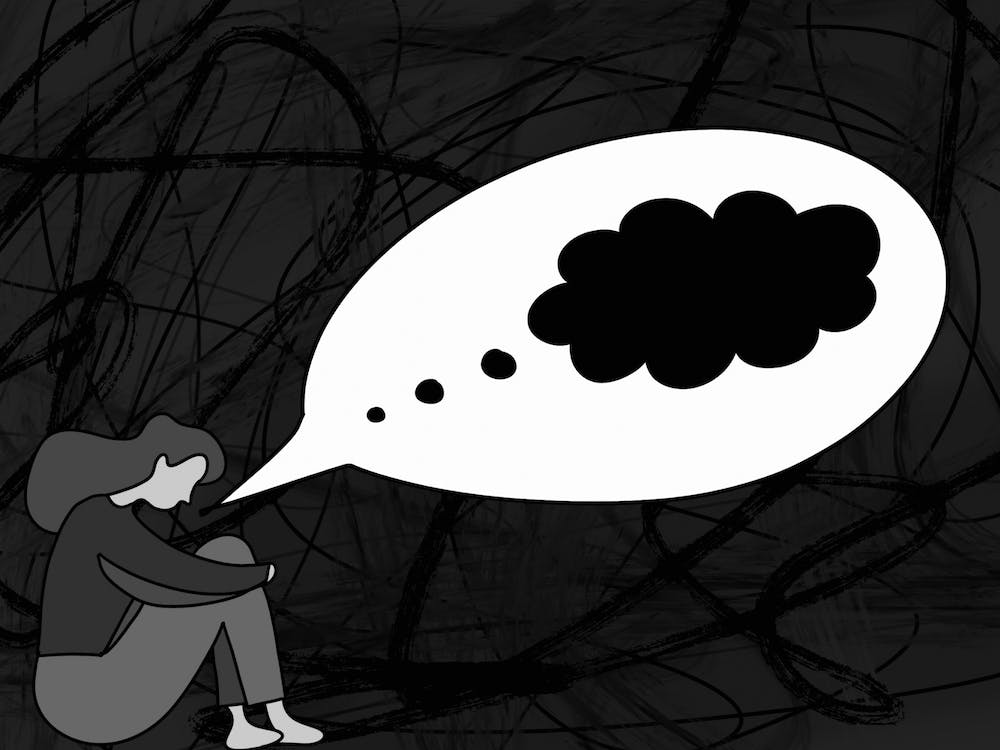 The stigma of mental illness isolates those who are suffering, breaks relationships, makes it difficult for them to get jobs and keeps them from getting help.