Though the platform could use enhancement, administrators remain confident SIS can perform sensitive tasks

For nearly 10 years, the University’s Student Information System has loomed over many of the most important — and oftentimes most anxiety-inducing — events that mark a student’s time at the University. Not only is SIS where students find out their admission decision, it’s where they search for and register for classes, view final grades, pay tuition, access transcripts and eventually apply to graduate. Much of their personal information can be found on the system.

Many students, however, have long been displeased with SIS, describing the platform as outdated, inefficient and difficult to use. Some say they want the platform to function more efficiently.

While some administrators concede that the interface of the website could use some enhancement, they ultimately view SIS as adept in carrying out the complicated and sensitive tasks it was designed to perform. However, they said that the University will most likely transition to a newer platform during the next several years.

A brief history of SIS

In the early 2000s, University administrators decided to replace the ISIS platform – the rigid mainframe student record system the University had been using since the 1990s. ISIS could not manage the growing enrollment and had issues with registration, which caused administrators to seek a platform that could better handle online functionalities.

Students at the time were equally displeased with the ISIS platform. It routinely crashed during online course registration, infuriating students and faculty alike. The Cavalier Daily staff wrote in a 2003 editorial that “the Office of the University Registrar should dedicate significant resources to researching a registration system that addresses more major problems with ISIS that can't be fixed without a major overhaul.”

However, updating the system would be a big undertaking, requiring the cooperation and coordination of all of the University’s schools as well as faculty and administrative departments.

Moreover, implementing such a complex and dynamic platform with the specificities the University required to handle its sensitive data was not going to be cheap. The University, following a deliberative evaluation period, settled on Oracle PeopleSoft Campus Solutions, which after negotiations came with a $51.2 million price tag.

In March 2008, the University began a phased rollout of SIS, with high school students interested in applying to the University being the first to use the new platform. Those who were accepted that year and subsequently matriculated at the University used SIS to apply for financial aid, check their acceptance status, pay tuition and enroll in courses for their upcoming first semester.

Returning upperclassmen enrolled for classes exclusively using SIS for the first time in March 2009 as the rest of the University made the full transition from ISIS to SIS.

“The system went live on-time and on-budget, and it worked exactly as we had expected,” Tracy C. Pettit, who serves as the Director of Student Admissions Applications within the Information Technology Services department, said in an email to The Cavalier Daily.

At the time of the rollout, student opinions were mixed about the new platform. Some students filed complaints about the functionality of the platform, while others thought that SIS brought improvements to the course scheduling process.

For students wishing to use SIS on their phones, there also exists a mobile platform that allows students to access many of the same desktop functionalities on their portable devices.

Hamza Belafia is a second-year transfer student studying Foreign Affairs and Spanish in the College. He has taken college-level courses in computer science, and sees himself as a relatively tech-savvy student. Despite this, a complete understanding of how to use the SIS online platform eludes him.

“It should be a lot easier considering the school we’re at,” Belafia said. “Everything else runs smoothly except for the one system that’s important to the students.”

Students say that the program has begun to shows signs of its age. Some find the layout of the homepage to be disorganized and difficult to navigate, and feel as if the design of the platform has grown antiquated.

Kapoor feels like most students — herself included — largely dislike the system.

“It’s not very user friendly,” Kapoor said. “There’s very small text, with things you’d never know to click on unless someone told you that ‘this is where to find it.”

Belafia has had similar issues with the layout.

“There should be a better layout,” Belafia said. “You have to click so many times [just] to get your weekly schedule...You should able to enroll in classes while its on that same page.”

However, students say that the issues with the system go beyond merely aesthetic ones.

“It’s hard to navigate, it takes a long time for it to load, there’s always issues with it crashing, or undergoing maintenance hours,” Belafia said.

The frustrations involved in dealing with SIS for matters like course registration has paved the way for a proliferation of third-party sites that facilitate obtaining and reformatting the very information found on SIS. “Lou’s List”, a site developed by University physics professor Lou Bloomfield, mines the data — course names, descriptions, times, professors, locations — directly from SIS every hour and formats it in what some students think is a more user-friendly manner.

Moreover, SIS is the newly-matriculated student’s first interaction with the school — it’s where the student learns of their acceptance, puts down their deposit, and if they’re a transfer student, registers for classes — all before setting foot on Grounds. While many students are able to get the hang of SIS as they progress in their studies at the University, some feel that learning to navigate it within the first few days of one’s first year or before even coming to school is a daunting endeavor.

Belafia’s troubles with SIS started immediately after coming to school. He had issues with gaining access to the system in the first place, and had to call the SIS help line multiple times to deal with issues regarding the financial payment services functionalities.

“It was a poor introduction to the school, because it was during orientation during the summer, when everyone was getting a feel for the system,” Belafia said.

Kapoor experienced similar frustrations with SIS within her first few days at U.Va.

“At my orientation, they really didn’t help you [navigate SIS] that much. I had a friend who was a third year by the time I got here, and she did it for me and showed me the ropes,” Kapoor said.

The University’s Information Technology Services Department, which oversees the platform, is generally satisfied with the platform, but acknowledges the issues students have with it.

“As a whole, yes, the school administration, departments and schools are satisfied with SIS,” Pettit said. “The one area we believe could use improvement is the student interface. Oracle has not done a great job of enhancing the look and feel of the interface from the student perspective.”

In order to help students navigate their way through the complexities of SIS, the school maintains a SIS Help Center for Students, featuring an extensive FAQ page with steps on how to use the platform, a 24/7 hotline students can use to call or chat for help, and even a YouTube channel with instructional videos on how to complete basic functions on SIS.

While some students say that SIS is not user-friendly or lacks functionality, many are far more pleased with the school’s other applications such as U.Va.Collab, a platform students use to download files and resources from professors, check grades and upload assignments.

“I definitely think that [U.Va.Collab] is a better program compared to SIS,”  Belafia said. “It’s very easy to navigate, all the professors put their material on there, so it's a great way to find stuff that you need. There are different folders and tabs, so it’s an easier layout and easier to navigate. I’ve never had a problem with Collab.”

The University has had several incidents of cyberattacks in past years. As recently as 2015, hackers were able to access personal and financial data of nearly 1,400 University faculty members through a “phishing” scheme.

As concerns over data privacy and security grow, the structure of SIS has evolved to incorporate more cyber safety measures. Since the cyberattacks, the school has taken steps to further safeguard the data of faculty and students, by requiring all students to set a two-step authentication process to access NetBadge protected accounts by April 16. In this process, students will have to verify their identification with a different device when they log in to their NetBadge accounts.

“The two-step authentication process provides additional security protection for users who may be victims of password phishing,” Pettit said.

However, while caution should always be exercised in dealing with sensitive information on the internet, ITS appears confident in the security of its systems.

“The SIS platform is highly secured to protect the sensitive data that it houses,” Pettit said. “There will continue to be security programs to enhance the protection of data across all University systems — there are ongoing enhancements as the threat landscape changes.”

Though the platform is secure, the exact future of SIS remains unclear. No matter what the eventual plans for the platform entail, administrators say they are committed to making the improvements necessary to keep SIS as updated and safe as possible in the meantime.

“ITS will continue to improve and enhance SIS, until it is replaced, which is probably three to five years out,” Pettit said. “There are plans to replace most of the administrative systems — HR, Finance and SIS in the next few years … There are two vendors currently developing new student systems, and we are watching them closely.” 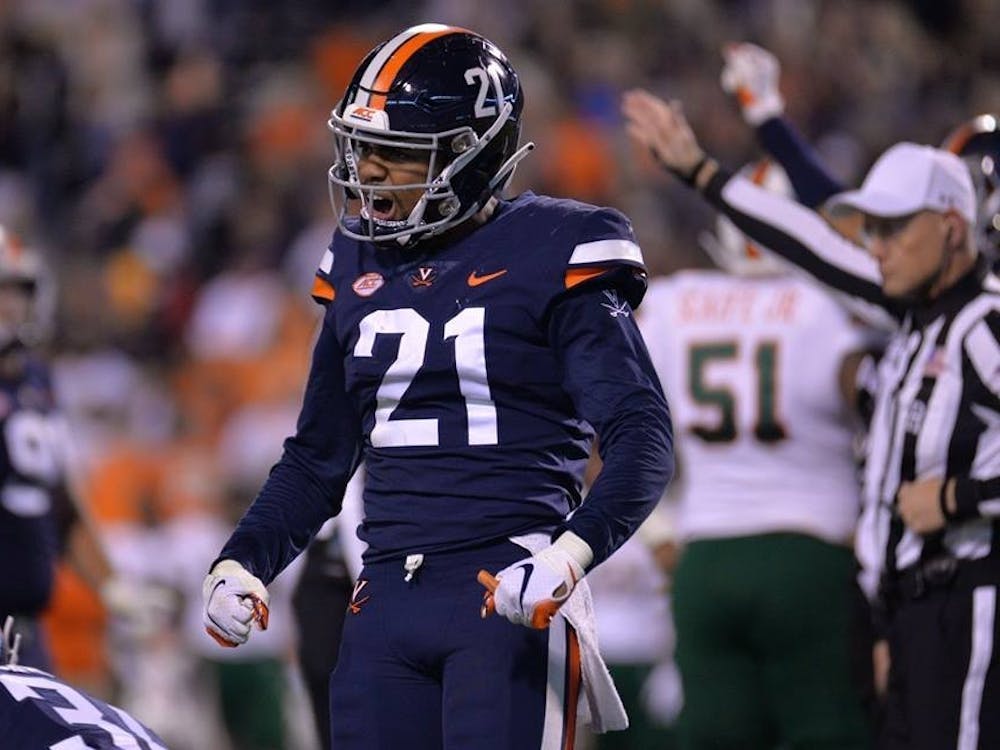 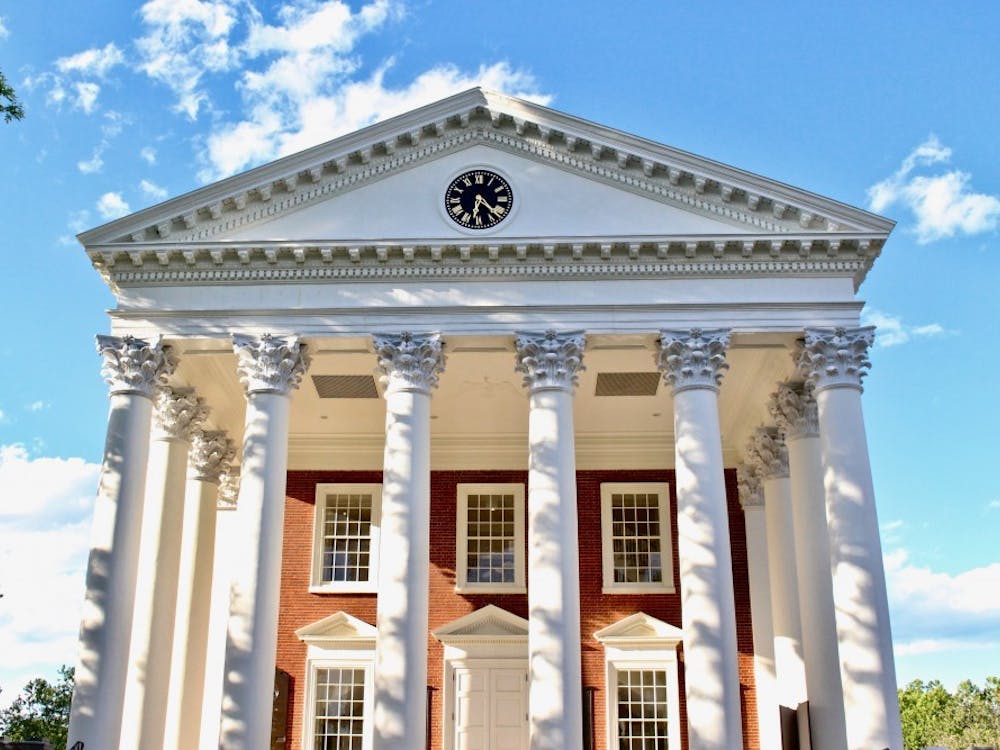