Students pledged to go balloon-free at Class of 2018 graduation

This year, some of the University’s graduating students promoted environmental sustainability by pledging to go balloon-free for graduation and Final Exercises.

By tradition, balloons are an iconic part of commencement at the University, as graduates carry individualized balloons as they walk down the Lawn. But this year, the Office for Sustainability and Green Greeks wanted to redirect the tradition into one that creates a smaller ecological footprint.

“Balloons are one of the most prevalent types of marine debris that are contributing to one of the largest global environmental challenges, ocean pollution,” Nina Morris, sustainability program manager for outreach and engagement at the Office for Sustainability, said in an email.

According to the Environmental Nature Center, each year, millions of balloons are released into the air. These balloons become threats to wildlife on land and in the ocean and add to the increasing amount of plastic pollution.

Moreover, the National Oceanic and Atmospheric Administration states that balloons make up a significant amount of sea debris. Ocean wildlife, such as sea turtles and dolphins, mistake balloon tatters for food and ingest them — often lethally. Similarly, birds and other land animals are injured from balloon pieces and strings when they wrap around beaks or wings, according to One Green Planet.

Instead of balloons, other more environmentally-friendly methods of celebration were suggested for graduation by the Green Greeks, who did not respond to an interview request, and the Office for Sustainability.

“To help reduce [the] environmental impacts, we’re encouraging students and their families to look to other fun ways to celebrate, such as bubble blowers or garden spinners,” Morris said.

The balloon-free pledge was introduced for the first time this year as a mental reminder to students to consider the consequences of using balloons. Initially, students embraced the opportunity to celebrate graduation in a more green way.

“The UVA community has come together around this issue and have found sororities and fraternities, CIOs, UVA departments and sustainability leaders are all working to raise awareness for this important issue,” Morris said prior to graduation. “We’ve been really encouraged by how many students and groups have supported this cause and have gone out of their way to share the pledge with their friends.”

Despite its environmentally-friendly goals, the pledge did not gain as much traction as hoped this year, as many fourth years carried balloons of all shapes and sizes during graduation. Regardless, Morris said the pledge successfully raised awareness for the issue, and the Office for Sustainability hopes to increase awareness and visibility of the campaign for future graduations.

“Now that we’ve established the campaign, we’ll start working more closely with student groups and others earlier in the year to help encourage a balloon-free graduation for 2019 so that we can turn awareness into action,” Morris said.

Rachel Dick, a recently graduated College student, decided to forgo bringing a balloon so she wouldn’t accidentally let it go and because she didn’t feel balloons were an integral part of graduation.

“Obviously balloons get caught in trees and streams when they drift back to land, and the thought of our celebration harming the Charlottesville nature is very sad,” Dick said in an email.

Fourth-year College student Margaret Haltom learned of the pledge shortly before graduation, but planned to hold her own individualized balloon.

“I love the colorful and happy tradition of the balloons, and I will be carrying a balloon myself,” Haltom said in a Facebook message. “So while I won’t be going balloon-free, I am glad students are bringing this to our attention and taking steps to make a more sustainable ceremony.”

Haltom found a bridge between the festive tradition of the balloons and helping the environment by keeping her balloon as a memento of her University experience instead of letting it go or throwing it away. Dick agreed that the most important takeaway from the pledge was to hold onto the balloons.

“I loved seeing all of the other balloons outside the Rotunda, and I think it's a great tradition that should be kept with some changes,” Dick said. “As long as people keep hold of their balloons during the ceremony and then dispose of them responsibly, then I think it's appropriate to continue having balloons at graduation.”

For those wanting to keep the tradition alive, holding onto the balloons is better than releasing them into the air, but trashing the balloon afterwards still contributes to land and ocean pollution. Regardless, the effectiveness of the pledge was called into question.

“I don’t think the pledge will gain traction in graduations to come because I think people will just hang onto them instead of letting them go!” Haltom said.

At the same time, however, some believe the University should be focusing on bigger environmental issues.

“While I understand the need to make small changes such as reducing balloon waste, I think that the administration needs to focus on the bigger picture, especially divesting from fossil fuels,” Dick said. “That would be a much more impactful change than preventing a few dozen stray balloons from flying away.”

The Association for the Advancement of Sustainability in Higher Education, or AASHE, rates the University as one of 107 schools in the world as gold, the second highest level of recognition after platinum. This rating is given based on a school’s academics, engagement, operations and planning and administration, according to the AASHE website.

The Office for Sustainability aims to improve the University’s rating by continuing to promote balloon-free graduations, as well as working on more ways to help the environment. For example, earlier this year it furthered plans for rooftop solar installations on Grounds.

Additionally, the University is implementing its Waste Reduction Plan. The plan works on a roadmap to reduce its waste consumption by half and to landfill less than 2,000 tons of waste by 2035.

As fourth years graduate and leave the University, the balloon-free graduation is a way for students to be exposed to the ideals of sustainability and ecology as they step into the next chapters of their lives.

“I think the pledge is raising awareness just by challenging us to consider how our traditions and habits could become more sustainable,” Haltom said. 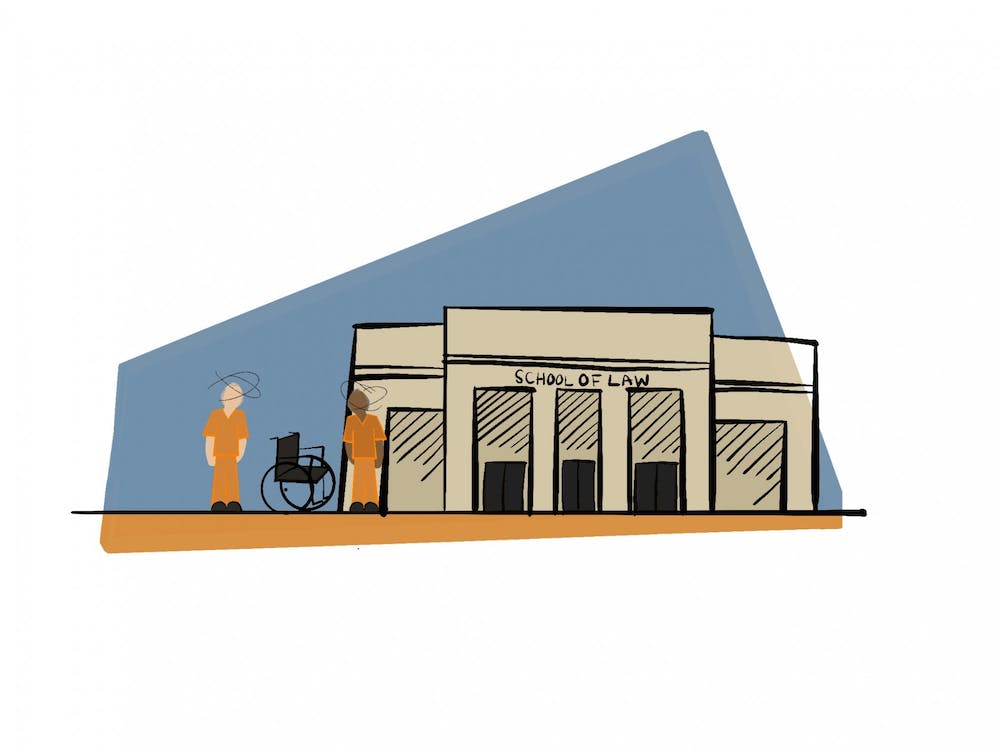