The VFF wrapped up this Sunday, screening upwards of 150 films over the past weekend, Nov. 1 through Nov. 4.

Kielbasa, who also serves as the University’s Vice Provost for the Arts, asked various leaders their opinion about the festival, and after hearing responses referring to the Festival as merely “the thing that U.Va. does,” he knew something had to change, and fast.

“That’s bad — that’s bad,” Kielbasa said. “That’s really inward-looking because a festival should be a bridge to the community when it’s being presented by a university.”

This explicit commitment to breaking down the divide between the University and the greater Charlottesville area has transformed the Festival, according to Kielbasa. The VFF’s attendance records have nearly tripled over the last nine years. Aside from the University Athletics program, the VFF, which just wrapped up its weekend of events, now reaches as many or more people than any other program on Grounds, peaking with 32,443 attendees during the festival’s run in 2016. In that same time, the number of films screened has jumped from nearly 75 to upwards of 150.

The evolution of the festival

The idea for festival had its genesis in 1986 after former governor Gerald Baliles began discussing the creation of a Virginia film festival with members of the state legislature — a proposal he made to increase state tourism. Eventually, his idea received monetary backing from the General Assembly and from billionaires John and Patricia Kluge, who were television industry magnates with land holdings in southeastern Albemarle County. Shortly after, Charlottesville was selected as the location for the festival due to the city’s ability to attract filmmakers, and in 1988, the first VFF opened its doors.

Sunday marked the tail end of the 31st VFF, which is now regarded by critics and audiences as one of the most distinguished regional celebrations of film in the United States, having tripled its size between 2005 and 2018.

Although the festival has increased in size, Kielbasa attributes the VFF’s success to the quality and diversity of films screened at the four-day event, which range from classics and documentaries to international and short films.

After his first year as director, Kielbasa worked to eliminate the Festival’s annual theme, which he deemed a restrictive factor as it forced the staff to only select films from categories like music, faith and film noir.

Kielbasa said that casting aside the practice of selecting a yearly theme enabled the festival team to explore a broader canvas of films and present “the latest and best in cinema in a given year,” ranging from large-scale productions to quieter ones.

“If you decide the theme in January, and the festival happens roughly nine or 10 months later, the whole world can change during that time,” Kielbasa said. “So if you have this overarching theme, it may be … completely meaningless nine months later.”

A large portion of the VFF program selection falls on the shoulders of Kielbasa and Festival Programmer Wesley Harris, who work from January through October to assemble the festival’s program of films.

The two begin their film curation process season at the Sundance Film Festival in January, where they see a series of 45-50 films. Throughout the next 10 months, Harris and Kielbasa attend festivals across the country, including the Telluride Film Festival in Colorado and Duke University’s Full Frame Documentary Film Festival. Their film season officially ends in September at the Toronto Film Festival, the largest film festival in North America. But the few weeks between the conclusion of the Toronto Film Festival and the release of the VFF lineup in October are packed with the dispatching of the last film requests and a final selection of movies.

Although Kielbasa and Harris allocate the most hours to this film selection strategy, a significant portion of films are received through two other channels — individual filmmaker submission and suggestion by the festival’s Advisory Board, which is primarily composed of University alumni in the film industry.

With total submissions from all three avenues totaling in the hundreds, Harris and Kielbasa narrow down their choices by considering what the audience will take from their festival experience.

“The common theme throughout all three of those avenues is … the experience of sitting down in a movie theater, of taking in a piece of art, of having a direct conversation and engagement between the audience and the creator and the panelists,” Harris said.

The VFF is always programming to their audience, Harris added. Once the festival organizers establish trust with the audience, they can push the boundaries of content and offer more challenging films. Kielbasa strives to ensure that the VFF has a diverse set of films with which the whole public can engage.

“It opens up windows on other cultures, and people see how different we are but also how similar we are. That’s really an incredible thing,” Kielbasa said.

Kielbasa said that this year, the VFF had 13 films that are their respective country’s films for the Academy Awards, offering a diverse selection that touched on several salient issues.

Looking through past lineups, the issue of civil rights stands out as a common thread woven into the fabric of the VFF program. Festivalgoers are offered a lineup of thought-provoking films, touching on topics including environmental sustainability, mental health, racial segregation, women’s rights and LGBTQ rights.

Following the violent white supremacist rallies of Aug. 11 and 12 in 2017, the VFF revealed plans for the inclusion of a “Race in America” themed collection of films, which had been in the works for several months. This themed section — which was composed of only eight to 10 movies — led to the screening of films such as “4 Little Girls,” “Birth of a Movement” and “Hidden Figures” at the 2017 festival.

In a continuation of the “Race in America” section this year, the festival opened with “Green Book,” which tells the story of Don Shirley — a renowned African-American jazz pianist who embarks on a music tour through the Jim Crow South in the 1960s. The Green Book for which the movie was named provided a list of hotel, guest houses, taverns and restaurants that would serve African Americans during the Civil Rights era.

After selecting the Paramount Theater as the location for the film’s screening, the VFF learned that the theater itself was a Green Book venue, building a deeply meaningful connection between the film’s subject matter and the Charlottesville community.

“[The VFF brings] awareness to social injustices from all over the world, climate change and things that hit close to home, like the recent events that happened a year ago in August.” Belt said in an email to The Cavalier Daily. “The film festival is a platform for us to open up about these stories and tell them whether you are an artist or a guest.”

The role of audience feedback

Film producers flock to the VFF for its audience, according to Harris and Kielbasa.

“That’s one of the big draws to come here,” Kielbasa said. “It’s not a marketplace. It’s not somewhere to sell their film. It’s a place to show their film to an audience like this.”

Because the VFF is a program of the University, the festival is endowed with the rich resources of an academic institution. The festival team has forged partnerships with student organizations and faculty across Grounds, including the University Programs Council, the Cardinal Woodson Institute for African Studies and the Southeast Asian Studies Department, among others.

During the festival, films are introduced by academic experts and concluded with a panel discussion led by guest artists, filmmakers or faculty members. These post-film dialogues connect professionals with engrossed audience members and stimulate thoughtful participation.

“I think the reason we’re able to succeed so wildly and have these artists return here … is hugely informed by, if not due to, the caliber of the audiences that show up,” Harris said. “I’m talking about students and faculty at U.Va. and about the surrounding town and that mixture of young artists, academics, retired hippies and just kind of all of the stuff that makes Charlottesville amazing and U.Va. world class.”

Many believe that the relationship between the VFF and the University is symbiotic, as the festival creates avenues of engagement between students and professional filmmakers.

“[The festival] is important because it gives students and community members direct access to people in the industry that can provide unique networking opportunities for aspiring filmmakers, actors and storytellers,” University film professor Matthew Marshall said in an email to The Cavalier Daily. “It gives students a chance to unplug, take their earphones off, and be present with others; be engaged with the discussion of ideas and a chance to see through someone else's eyes.”

Kevin Everson, a University cinematography professor, said the festival can be integrated into the classroom curriculum.

“The people who schedule to show films there, I try to get them to come visit my classroom and talk about their work,” Everson said. “You see other artists and see how things are made and see how other artists approach their craft and their disciplines. That’s always a good pedagogical tool in terms of a writer, poet, dancer, just to be engaged with other people who do that as a profession.”

Planning for the future

Kielbasa’s vision aligns with Belt’s expectations for the festival. Belt welcomes the VFF every year, pointing to the program’s ability to connect with its Charlottesville audience while managing to situate films in a global context. Despite the festival’s significant growth, to Belt, the festival remains distinguished by its steadfast loyalty to the University and the greater Charlottesville area.

After working for the Telluride Film Festival for years, Belt enjoys returning to the comfort and intimacy of the VFF — aspects that she attests undoubtedly make the festival a prominent cultural landmark in Charlottesville.

“But why THIS festival?” Belt said in an email. “It is my love of Charlottesville and the arts community it provides a home for.” 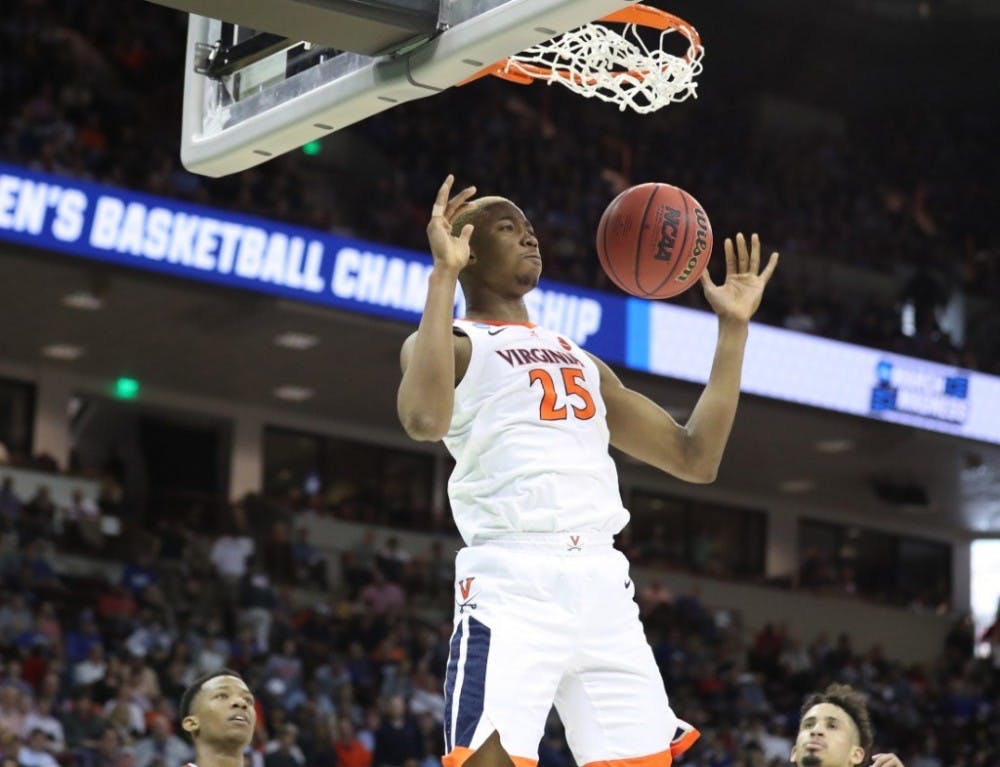 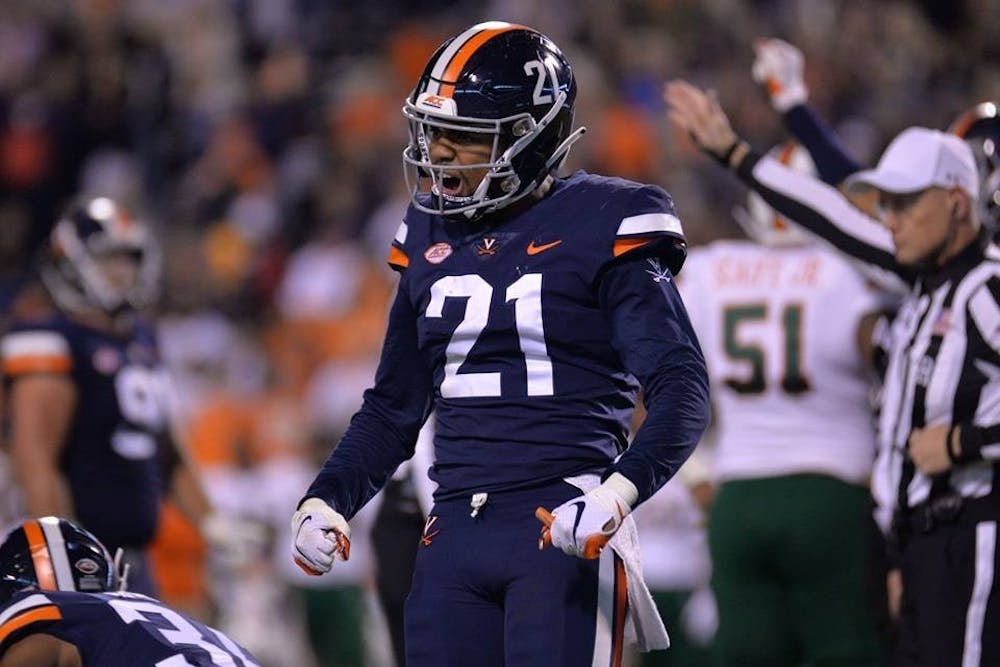