Women’s basketball prepares for a new season under new coaching

As the season kicks off, the team puts an emphasis on internal growth

The Cavaliers closed out their 2017-18 season by reaching the NCAA Tournament — the team’s first appearance since 2010 — falling to No. 2-seeded South Carolina in the second round. This season, the team returns with a largely new coaching staff after the University named Tina Thompson, the first player drafted in WNBA history, as head coach.

As they prepare for this season, the team has experienced changes on many levels after four vital seniors graduated and three new coaches joined the program. This sense of newness, however, has played a crucial role in refreshing the team’s mentality, giving the Cavaliers a chance to build off of last year’s progress as they look forward to the season.

An adjustment in coaching staff, including a new associate head coach and assistant coach, has refocused their goals for the season — to keep growing as a team, continue progressing in the ACC and ultimately make it back to the NCAA tournament.

After seven years as head coach of the women’s team, Joanne Boyle retired from coaching at the end of the 2017-18 season. The next month, Virginia Athletics announced Thompson as new head coach for the Cavaliers. Thompson, as well as her two new additions to the women’s basketball coaching staff, has brought a fresh perspective to the women’s program in preparation for the upcoming season. Additions to Thompson’s new staff include Karleen Thompson, former collegiate teammate and WNBA player and current associate head coach, and Jama Sharp, University of Texas colleague and Cavalier Assistant Coach.

“There are a couple of my staff members that are new to me but the people that I hired aren’t. There was a lot of familiarity,” Thompson said in an interview with The Cavalier Daily. “I had worked with them at some point in my career, and I just thought that it was a good fit … We try to create the best environment for them, and I think I did that with the staff that I hired.”

Beyond these new changes, the returning team lost four seniors after last season, including Jae’Lisa Allen, Lauren Moses, J’Kyra Brown and Aliyah Huland El. This leaves multiple leadership roles to fill as the season opens for both returning and new players. The new team dynamic that comes with these various leadership changes is vital to the team’s success this season, according to junior guard Jocelyn Willoughby.

“I feel that it’s not so much about individual teams but just focusing on us and making sure that as individuals, we kind of grow into the roles that we need to for the team to have success,” Willoughby said.

Although adjustment to the new team dynamic and coach and player turnover took time, the mentality has challenged players to focus on internal growth and progression as the season approaches.

“It’s been different getting adjusted to the new personality and coaching style and different style of play, but a lot of it is great carry-over,” Willoughby said. “It’s not like our goals or expectations from last year are drastically different from the new coaching staff we have. It’s more so [taking] it to the next level and holding us more accountable to our goal.”

During the 2017-2018 season the U.Va. women’s basketball team finished with a record of 19-14, including an eight-game winning streak following Christmas Break and an appearance in March Madness.  Last season’s relative success signals that while the coaching staff for this year is almost entirely new, the team’s game plan and strategy doesn’t need to be, according to Thompson.

Instead, Thompson has voiced her interest in adding pieces to the team’s game on top of an already solid foundation. That foundation rests mainly on the young team’s small veteran core, made up of Willoughby, junior guard Dominique Toussaint and junior center Felicia Aiyeotan.

Willoughby and Toussaint finished last season as first and third on the team in scoring, respectively, while Aiyeotan led the conference in blocks and earned a spot on the ACC All-Defensive Team.

“I think that we’re just contributing to a pretty solid foundation,” Thompson said at the team’s media day on Oct. 29. “We don’t have to rebuild when you have a core like that, but we just kind of have to change the mindset. We’re just giving it a facelift so to speak.”

Thompson was the second-leading scorer in WNBA history and two-time Olympic Gold Medalist in her WNBA career that spanned 17 years. For her, that “facelift” includes more attacking on offense, improving finishing around the rim and instilling a confident attitude.

“This program and this team had been known most recently as being a defensive-minded team … but that defense needs to lead to something,” Thompson told The Cavalier Daily. “With the freedom of offense and giving your players the opportunity to be more aggressive offensively, a lot comes from a personality perspective.”

Many players are excited about Thompson’s new system. Aiyeotan said she was elated when she found out Thompson was going to be her coach.

“At that point, my heart was at rest because I knew like we have a really good coach, I knew what the expectations were,” Aiyeotan said. “I think like U.Va. did a really good job of getting Coach Tina here.”

Willoughby considered what weaknesses she wanted the team to work on when determining her expectations of the new coaching staff.

“We knew we needed to score more,” Willoughby said. “That was one of our deficiencies last year, so it’s about enhancing our shortcomings ultimately.”

Toussaint said that with any new coach, she always attempts to follow their system and make the most of it based on her game. She acknowledged that while a strong defense can win championships, sometimes the best way to beat your opponent is by outscoring them. Last season, the team tallied 135 blocks to their opponents mere 98 and averaged 6.6 steals per game.

Overall, Willoughby, Toussaint and Aiyeotan said during this week’s media day that changes to the team’s make-up have pushed each of them into new leadership roles. If they step up to the plate and meet Thompson’s expectations for new offensive strategy, vocal leadership and confident play, they not only hope but expect to return to the NCAA tournament, according to Willoughby.

This offensive strategy requires contributions and maturity from all players. These goals will challenge players, considering the team’s youth, according to Thompson. That said, the coaching staff’s preliminary goal for the season is clear  — the team must make minor adjustments and improvements to the solid foundation in front of them to produce a team capable of scoring points and winning games.

Specifically, Thompson said the coaching staff has been adamant that younger players or players returning from injuries contribute to rebounding, increasing layup percentages and coming straight off screens with conviction.

“For them [the coaching staff], it’s how do we work with what’s here, enhance what you bring to the table and ultimately go further,” Willoughby said. “So I think that’s been one of the nice things.”

Looking forward to a new season

Moving into the 2018-19 season, the women’s basketball team plans to be a team to watch, according to Thompson.  The team hopes that their new offensive mindset will lead to wins and greater exposure to U.Va. students and the larger Charlottesville area.

“One of the great things about women’s sports, collegiately and professionally, is that our athletes are very accessible,” Thompson said. “You can get to them … once you’re able to see and have a conversation with the young women we have on our team, you will definitely see what they have to offer, but they’re pretty good athletes too.”

This accessibility helps the team forge relationships with students, fans and community members that encourage support in the arena. Willoughby said the team engages with the Charlottesville and University communities through volunteer service and through their involvement in different clubs and organizations on Grounds.

“The more we get out into the community, the more relationships we build, the more we encourage people on a one-to-one basis to come out, the more likely we will get those fan supports,” Willoughby said. “That’s something I think we can do on a smaller scale off the court, but on the court we have to compete, and we have to win as well.”

According to Thompson, the environment in the arena proves just as crucial as the internal support environment among teammates and coaches, where she has challenged players to take on new roles and express themselves offensively.

“We have a lot of big personalities and very interesting people on our team, and they have a lot to offer … but I think that you have to be in the arena,” Thompson told The Cavalier Daily. “You have to see them up close and personal to actually get an idea of who they are as young people.”

The work ethic the team has expressed in the off-season under new staff and in the University community demonstrates the women are prepared to meet their goals come November, according to Thompson. Among the many reasons to look forward to the women’s upcoming season is that the players have already stepped up to the plate and pushed themselves in new ways thus far.

“I think now that we’ve kind of set the precedent, we made it last year, it’s about continuing to make it … so for us it’s about getting back to that point and advancing even further each year,” Willoughby said. “You feel change in the air, and I feel that we’re on the brink of something great.”

The Cavaliers will kick off their season when they face No. 6 Mississippi State at John Paul Jones Arena on Nov. 9 at 7 p.m. 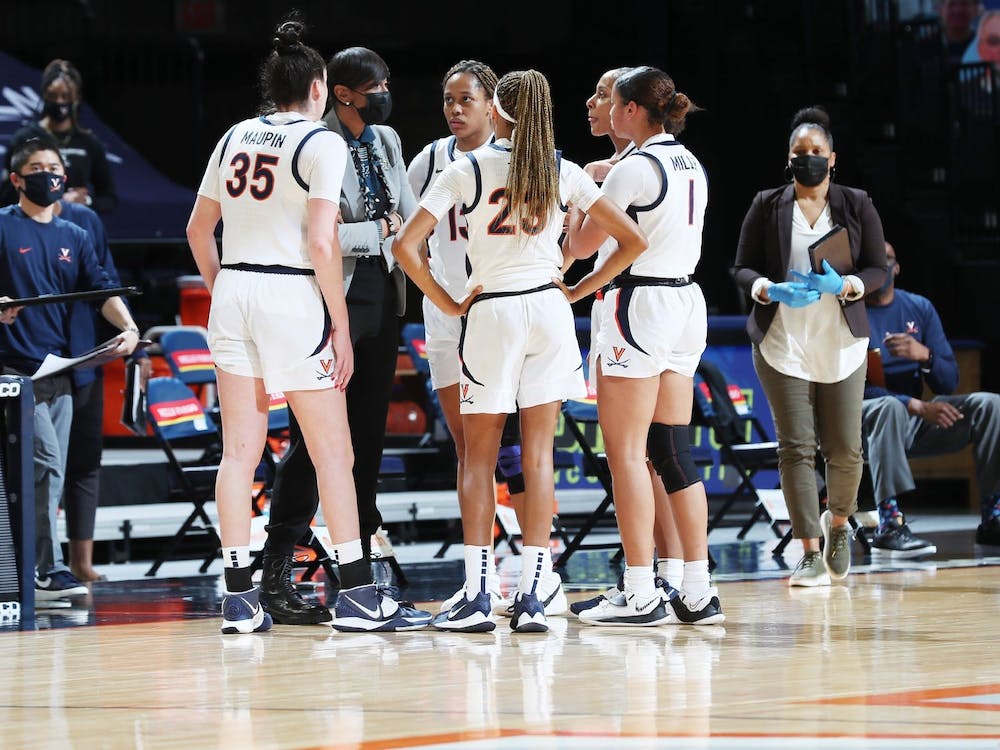 Let's break down five ways Virginia can get its year back on track and hopefully secure its first win of the season. 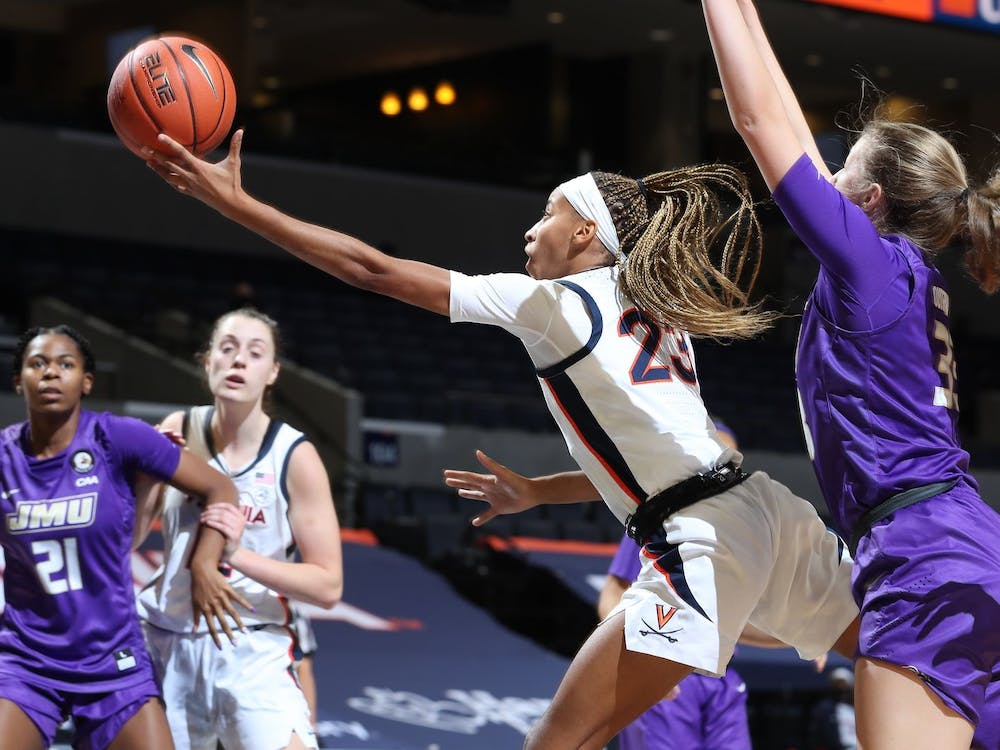 After a solid start, the Cavaliers fell behind and a late game comeback was not enough to beat the Dukes.