Why is everyone so obsessed with leaders?

Don’t you want your new employee to be able to follow?

Olivia Tilson is a Life Columnist for The Cavalier Daily.

I’m a second year in the College of Arts and Sciences, and I have recently begun looking into internship and job opportunities. This means visiting the Career Center to ease my feelings of cluelessness, reworking my résumé and flipping through random tips I find online about what employers are looking for.

The Career Center was insanely helpful. I truly could not have had a more informative visit with more welcoming and friendly people. I learned about different tracks and concentrations for internships such as education or public policy, and I learned about programs that specifically help students get internships. As I am undecided on my major and on my future life goals, I have decided to cast a pretty wide net and plan to apply to as many internships as possible as soon as finals are over. The Career Center’s encouragement and the sheer magnitude of internships available have started to make me feel more confident about all the applying I plan to do, but I still have some concerns based on what I’ve found so far.

If I were to apply to anything that required recommendations, I would likely have to ask my professors to write it. I’d obviously ask professors or TAs who knew me more personally and taught classes that I had done well in, but I’m unsure if these recommendations would lead to a description of me which appealed to prospective bosses, as I rarely demonstrated sustained leadership during class.

I remember applying to colleges and asking teachers for recommendations who had known me much longer than any professors now — and how unsure I was then about which teachers to ask to give a recommendation. I ended up choosing teachers who were also involved in clubs that I was heavily involved in and had a leadership position within. I did this because I, like many others, believed leadership experience to be the ultimate application criterion.

All guidance counselors, University application tips and general advice points towards leadership as one of the key factors wanted in any successful resume, and I wanted to be sure that colleges knew I had leadership experience. I understand the importance of leadership as holding a leadership position ideally suggests accountability, dedication and capability, but I still don’t understand why signs of leadership are so much more important in applications than signs of other positive qualities.

I’m questioning this largely for selfish reasons because I do not have many professors who have witnessed me in a leadership position. University professors don’t sponsor clubs as teachers do in high school, and so far in college, I haven’t had a professor longer than one semester.

Other positive traits such as communication skills and the ability to assess the needs and moods of others are extremely important but somewhat less emphasized characteristics within applications. I think the push for everyone to be an individual and to make — or portray — all their achievements as individual accomplishments has caused a lack of teamwork skills. Leadership is portrayed as such an individualistic trait when it often relies on others and is most successful with a cooperative and capable team.

My most successful group projects have succeeded because everyone collaborated in a way that prevented one single leader from controlling the group. We discussed and traded responsibilities based on interest and ability. In this case, we were all leaders, and we were all followers — leadership was fluid among the group.

Maybe leadership isn’t as important for internship applications as it is for college applications, which would be great. I think professor recommendations can portray everyday interaction and group- and classroom-engagement, which show prospective employers how a student would function during the daily routine of an internship. Seeing students actively utilize and take advantage of opportunities presented to them and all of their peers is likely a good indicator of behavior when starting work.

I’m not saying that leaders aren’t valuable or that employers shouldn’t strive to hire unique applicants. But is leadership capacity always demonstrated through classroom experiences? Sure, plenty of students have already proven themselves to be leaders by their second year. However, plenty students haven’t, and I don’t think that those students should be discounted from internships simply on the grounds of lacking a unique experience which displayed leadership qualities.

If I was looking for an intern, I would love to hear about a student who went above and beyond on a project assigned by a professor. A student who embraced the project or paper’s prompt and made it better than a professor’s expectations would be exactly the type of intern I want because that’s most useful to me and my business. I would want someone who can work in a group, think creatively, work hard and take orders.

Teamwork and leadership are the two main traits sought after within internship applications, which makes sense. Both are positive buzzwords that have been consistently emphasized within nearly every application process, from colleges to clubs to internships. Teamwork is valued but seems to be less admired within public perception, which pushes leadership to the forefront. In some cases, leadership may be more important than teamwork, though I’d argue that strong teamwork skills are inherently necessary within any leader, and in most internships, teamwork is infinitely more valuable and applicable.

It’s less glamorous, as leadership is so romanticized within our culture, but if I were a manager, I wouldn’t want someone who displays only leadership qualities. I would want someone who is able to not be a leader, but who can also adapt to my and my business’ needs as well as different situations. I would like to create an atmosphere that encourages free-thinking and initiative but where anyone steps up as a leader when that fits the group. I would need interns who display supportive and collaborative characteristics.

The role of intern is not inherently meant to be a position of leadership. Some could suggest it’s the exact opposite. Interns are in a position of learning — a stepping stone to becoming a leader. I believe that education and experience build leaders. I don’t really think that one person possesses the capacity to lead and others don’t. Situations build leaders and opportunities to lead manifest themselves within educational experiences.

Leadership is overhyped as a buzzword within the application process. Everyone can be a leader under the right circumstances.

Olivia Tilson is a Life Columnist for The Cavalier Daily. She can be reached at life@cavalierdaily.com. 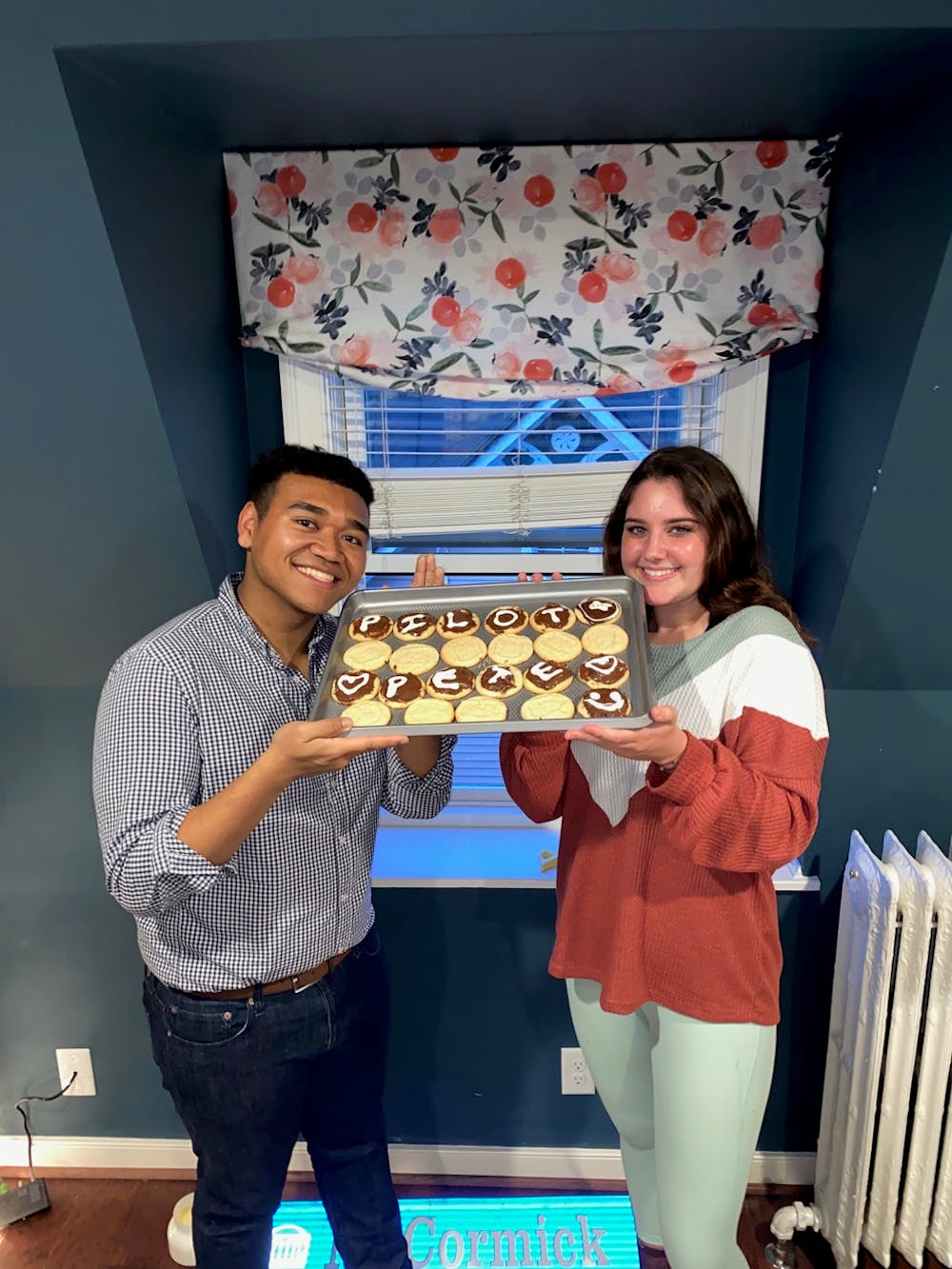 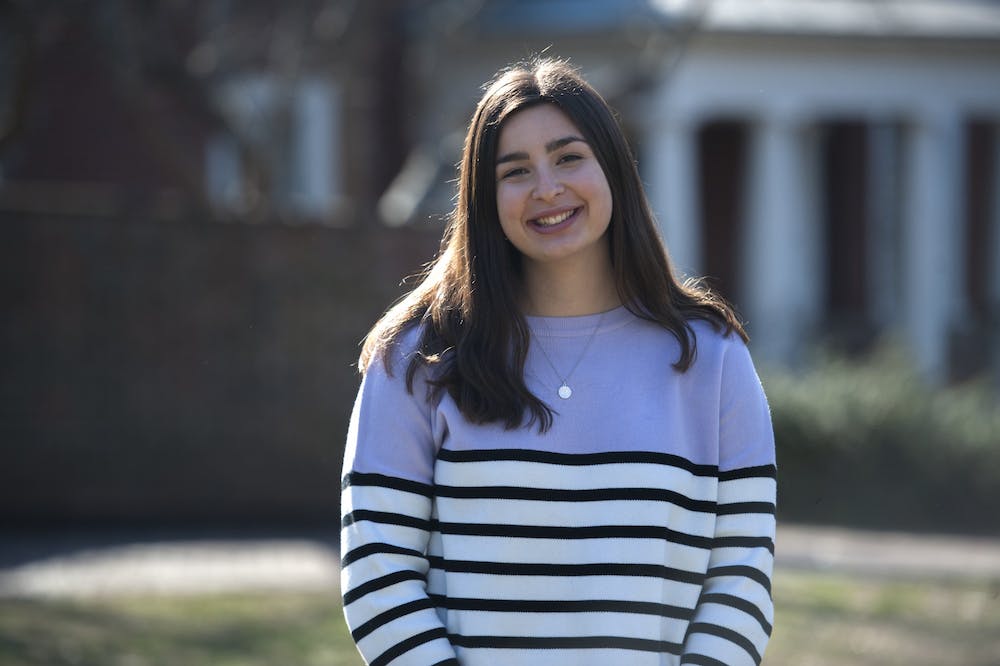