The best and worst of the protein bars

Especially for college students, protein bars are without a doubt one of the most convenient ways to squeeze in some nutrients when your schedule just doesn’t allow a lunch break. As a big fan of protein bars myself, I have tried quite a few and have found the musts and the busts in the world of protein bars. Despite alluring packaging and deceivingly low calorie counts, many bars sneak in added sugar and loads of other junk. There are hundreds of options for easy protein bars, but among the options, there are some clear winners and losers.

Starting with the worst, the first bar that I recommend avoiding may be a disappointment to many. The classic Clif Bar — typically advertised for extreme sports such as climbing, kayaking or mountain biking — is not as healthy as it may seem. First you have to ask yourself, if this bar is meant to sustain energy while scaling a mountain, do I really need it as a study snack while perched in Clem for three hours? Next time you feel the urge to reach for a Clif Bar, you may as well just go for a Snickers instead because the amounts of sugar in each are shockingly comparable. With brown rice syrup listed as the first ingredient, most Clif Bars flaunt a whopping 22 grams of sugar, while a Snickers has 20 grams of sugar.

Second on the worst list comes thinkThin bars. I had a phase where I thought these were some of the best, and I am certainly regretting that blind optimism in retrospect. Don’t let the name fool you! These low calorie, high protein options — such as the peanut butter-flavored thinkThin bar — advertise “zero grams of sugar” right smack on the front of the wrapper. They are far from lacking sugar though. These bars replace traditional sugar for a different evil — sugar alcohols, which are derived from sugar and used in many foods, in replace of table sugar, as an artificial sweetener. Even worse, the ingredients list contains a long array of unpronounceable words, which is always a red flag.

On a brighter note, there are some true winners in the protein bar business — RXBAR. From flavors to ingredients to packaging, I can’t say enough good things about RXBARs. With less than five ingredients listed on the front of the bar, you know exactly what you are putting in your body — whole foods. The sweet flavor of RXBARs comes from dates, which, while having their own natural sugars, are not nearly as terrifying as added sugars. The easily recognizable ingredients in the bars, such as tree nuts, egg whites and dates, are incredibly important and a big success in avoiding added sugar.

In terms of flavors, a cult favorite is the chocolate sea salt RXBAR. You really can’t go wrong with this one — it’s simple yet somehow stands out from any other chocolate protein bar. With real chunks of chocolate and sea salt sprinkled on top, it feels much less processed than the powdery chocolate protein bars that resemble Twix bars. Some of my other favorite flavors are blueberry and coconut chocolate.

While RXBARs are my favorite protein bars, there are some others that get a 10/10 on the health scale and still taste yummy. Honorable mention definitely goes out to GoMacro bars. GoMacro Bars are made up of real ingredients and plant-based proteins such as cashews. With a delicious, chewy texture, these bars are another great way to indulge without feeling like you may as well have eaten a Snickers! Another honorable mention goes to the Health Warrior Chia Bars. Made up of almost entirely chia seeds, Health Warrior Chia Bars are perfect for when you want to switch things up a little.

Overall, my top recommendation goes to RXBARs because of their simplicity when it comes to ingredients, taste and flavor variety. Even if RXBARs are not your thing, cutting out the occasional Clif Bar — or Snickers in disguise — is always a good call.

By Madison Workman | 2 hours ago 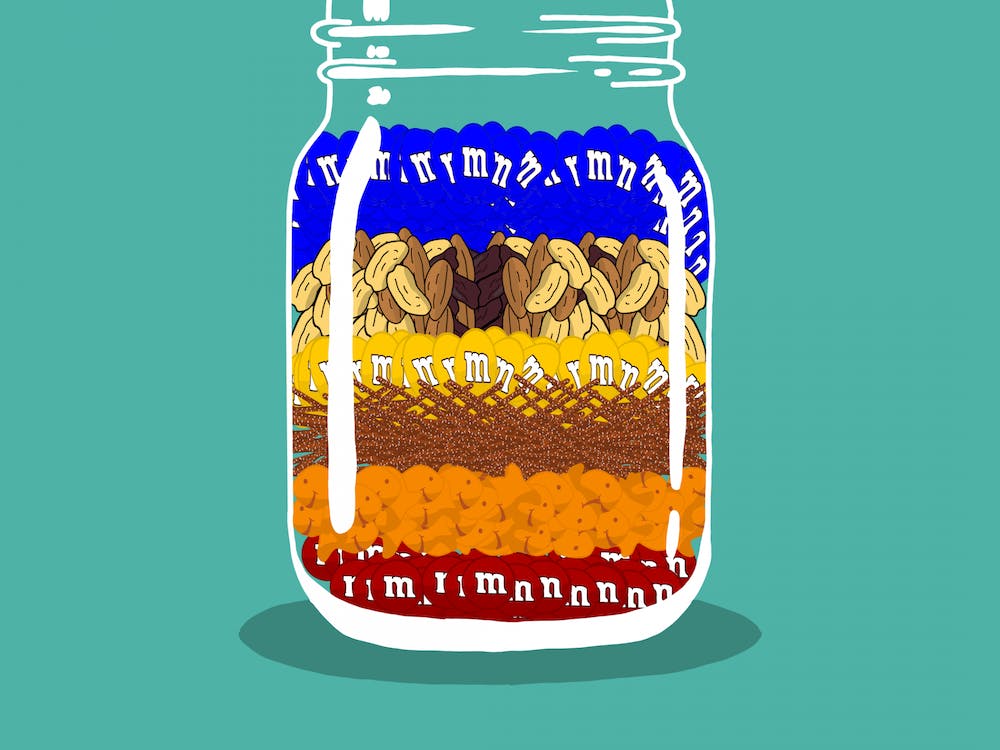