ANDERSON: Five takeaways from Virginia sports for the week of Nov. 9-16

Last week was a dramatic week of sports for Virginia Athletics, as many teams’ fall seasons came to an end while others’ continued amid unprecedented times. Women’s soccer was knocked out in the ACC semifinals, while the men’s side fought to live another day in the tournament. Football had a big win over Louisville over the weekend, and some swimmers set school records as well. Let’s look at a few takeaways from the week in Virginia sports.

The team that won the turnover battle won the football game

Virginia football (3-4, 3-4 ACC) beat Louisville (2-6, 1-6 ACC) 31-17 Saturday in a bit of a stressful game for both teams. Luckily for the Cavaliers, they were able to pull out a win to escape the prospect of being near the bottom of the ACC standings. For the Cardinals, the reason behind their defeat was clear — turnovers at very unfortunate times. Virginia took the ball away a whopping five times, including two fumble recoveries in the fourth quarter that sealed the game for the Cavaliers. The game also included an 85-yard touchdown off an interception return by junior linebacker Noah Taylor, part of Virginia’s 21 points off of turnovers. While the Cavaliers’ offense had its bumps throughout the afternoon, it was encouraging to see Virginia take advantage of gifts given to them by the defense, and it turned out to be the difference in the game.

Two weeks ago, the Cavaliers shut down North Carolina’s potent rushing attack to win in Charlottesville. Saturday, however, Virginia’s run defense did quite the opposite. Louisville exploded for 317 yards on the ground, led by junior quarterback Malik Cunningham. What killed the Cavaliers in particular was the second level of their defense. Cunningham was able to make it through linebackers and defensive backs alike, leading to what seemed to be a 20-yard run every single drive. It was particularly shocking that afternoon because of how well the run defense had played up to that point, ranking fourth in the ACC in rushing yards allowed. In addition, the Cardinals were missing their top running back, junior Javian Hawkins, which makes the result of the game all the more confounding. While it could be just one game, the performance does seem worrying for this defense as they prepare to face more mobile quarterbacks later in the season.

Women’s soccer is excellent when put all together

Virginia (8-3-1, 5-2-1 ACC) crushed Louisville (4-5-0, 4-4-0 ACC) 4-1 Nov. 10 in arguably the Cavaliers’ most complete game of the season. The offense controlled the game from the start, holding the ball for much of the match. Some of that does involve Louisville having a fast-paced offense that has quick turnover, but it was nevertheless impressive when Virginia outshot the Cardinals 21-8. Sophomore forward Diana Ordoñez had a particularly impressive game, notching the first hat trick of the season for the Cavaliers. But it was not just the offense that shined. The defense held extremely well against Emina Ekic, senior midfielder and ACC Offensive Player of the Year, and the Louisville attack. Senior goalkeeper Laurel Ivory conceded just one goal and had three saves during the night, as the Cardinals struggled to get anything going that was not off of set pieces. Overall, Virginia showed how dangerous it can be when firing on all cylinders.

It was undoubtedly a frustrating end to the fall season for the women’s soccer team, however, as the Cavaliers fell 2-0 to North Carolina (11-1, 8-0 ACC) Friday in the ACC championship semifinals. For the most part, Virginia played well, but missed opportunities came back to haunt them in the end as the team simply could not put the ball in the back of the net. One example came in the ninth minute, when freshman forward Lia Godfrey hit what looked like a stunning shot, only for the ball to hit the post. Ordoñez followed up the miss with a shot as well, but still nothing came of the play. The Cavaliers also had numerous chances off of set pieces, as the Tar Heels recorded a whopping 16 fouls across the game. North Carolina did just enough to pull away at the end however, and Virginia could not avoid being sent home.

The Cavaliers (3-3-1, 3-3-1 ACC) defeated Wake Forest (7-2-0, 5-1-0 ACC) 2-0 Sunday in the ACC championship quarterfinals in a noticeable upset. Junior forward Cabrel Happi Kamseu was the star of the day for Virginia, being credited with both of the Cavaliers’ goals. Wake Forest attempted to make a valiant comeback, especially with five shots over the final 25 minutes alone, but the Demon Deacons were never able to get on the board. It was a fantastic start for the Cavaliers, as Virginia had only scored one goal in the first half all season leading up to this matchup. The momentum was clearly meaningful to the Cavaliers, and they rode the wave all the way to the win, especially with a goal off a disastrous mistake by a Wake Forest defender. However, the team’s momentum was stopped Wednesday night when Clemson knocked the Cavaliers out of the ACC tournament. Regardless of their eventual elimination, the Cavaliers certainly made a statement against the Demon Deacons this past weekend. 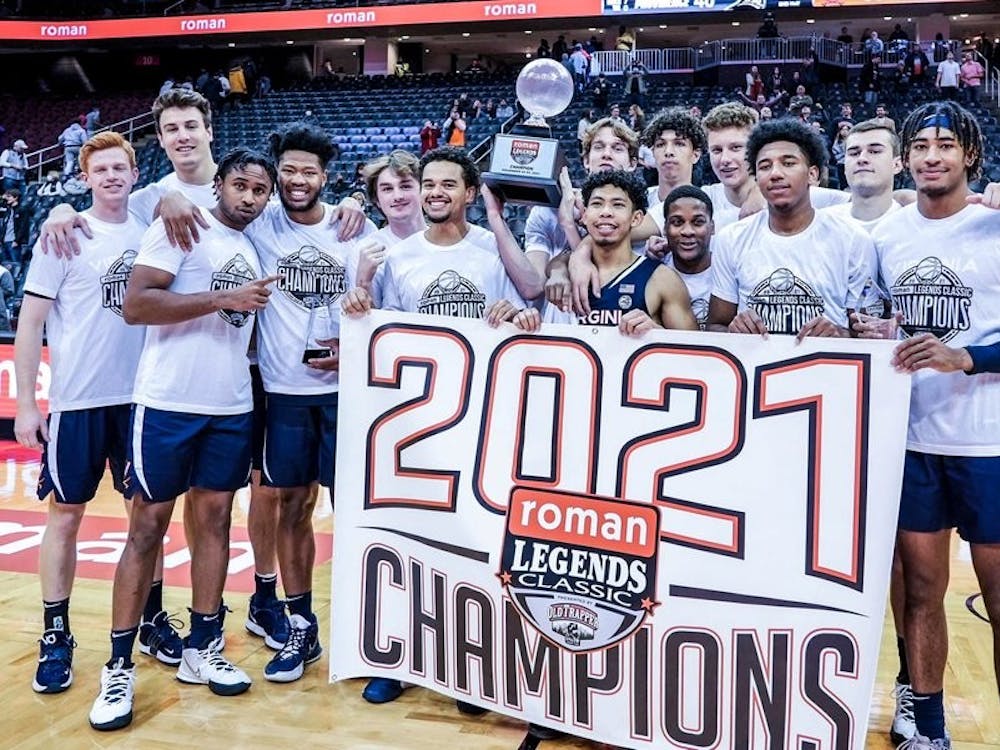