PSP pairs each medical student with a patient, allowing both students and patients to benefit in molding future health care providers, even amidst the pandemic

The Patient Student Partnership program officially began at the School of Medicine in 2018 and functions by pairing each medical student in the entering class with a patient undergoing long-term care within the U.Va. Health System. The program has resulted in numerous benefits for medical students — who understand more about their patients and learn to build relationships with them — and for patients — who gain assistance in navigating the health care system, which has further proven invaluable in coping with the challenges brought by the pandemic.

PSP was preceded by the pilot Phronesis Project, which was founded in 2014 when general medicine doctor Margaret Plews-Ogan realized that the traditional structure of medical school only allowed students to see patients during their rotations. These clinical rotations, formally known as clerkships, typically start in the third year of medical school and expose students to hands-on experience in various health specialties such as psychiatry and neurology. Thus, students usually only saw patients during a health crisis and without much context on the progression of their health conditions and crucially lacked the opportunity to form a doctor-patient-like relationship.

The pilot program started with just 12 medical students from the class who were assigned to a patient with a chronic illness and a physician mentor, compared to the current involvement of all 156 entering first year Medical students in Class of 2024.  Positive feedback from the pilot program resulted in a decision to integrate a similarly formatted program into the formal curricula of all medical school students, starting with the Class of 2022, which officially became known as the PSP program.

In 2016, Dr. Rachel Kon, internal medicine specialist and current director of the PSP, became the director of PSP and worked on developing a structured curriculum to further complement classroom learning while encouraging students to form relationships with their patients.

The program functions by initially assigning each student in the entering class of medical students to a patient, further allowing both the patients and students to specify preferences before becoming paired. First-year Medical student Maitri Patel said that she requested a Spanish-speaking, pediatric patient and was consequently paired with one at the start of the fall semester.

“Just seeing the kids smile and laugh, you know, even when they're like in this really difficult setting is always really uplifting,” Patel said.

Once students are paired, the program kicks off during October of the medical students’ first year. The pairs generally meet for the first time during one of the patient’s appointments and then students receive the chance to accompany patients to other appointments and potential house visits. The interactions students have with their patients generally correspond with what students are learning in their doctoring course, which teaches medical students pertinent skills such as taking patient interviews and obtaining medical histories. Other concepts students learn and are able to practically apply to their PSP patients include nutritional counseling, motivational interviewing and social needs.

Second-year Medical student Maggie Selesky mentioned a recent project she was able to collaborate on with her patient which involved inquiring about her patient’s diet choices, consulting a University dietician to construct a targeted plan and consequently working with her patient to make direct diet or lifestyle recommendations based on his conditions.

Selesky also thinks that the unique and personalized relationship which she has formed through PSP has allowed her to better understand the perspective of a patient within the health care system.

“I think it's been a really valuable experience to be able to follow my patient through his various appointments and interactions with the health care system,” Selesky said. “I've gotten to see a more holistic view of how patients experience medicine, basically.”

Second-year Medical student Emma Craige similarly acknowledges the opportunity which PSP has given in understanding the patient’s perspective of their conditions and the health care system, which helps mold students into increasingly cognizant future health care providers.

“Stepping into our patient’s shoes, it's kind of a wake-up call,” Craige said. “It's not easy dealing with chronic medical conditions. There's a lot that goes into it.”

PSP’s program design additionally allows the patients who are paired with the students to benefit by attaining another helping hand to guide them through the health care system.

“[The healthcare system] is just so big and complex, and having a young, college educated, enthusiastic [medical] student to help them has really been very beneficial to other patients,” Kon said.

Craige’s PSP patient, Holly Thurston, who has been interacting with Craige since last fall, appreciates having a student partner to complement her ongoing care at U.Va. Health.

“Emma knows pretty much everything about my personal life, and she will often check in on me or offer her well wishes,” Thurston said in an email to The Cavalier Daily.

Since the onset of the pandemic and switch to virtual classes in mid-March, the program has had to make modifications to enhance participant safety, but that has not deterred medical students from regularly checking in with their patients virtually and finding other creative ways to stay connected.

“They really adapted to talking to them virtually, whether it's Zoom or FaceTime, and keeping the patient feeling connected to the health care team [through the medical students],” Kon said.

Selesky mentioned plans to visit her patient while still abiding by COVID-19 safety measures in an attempt to offset the effects of isolation produced by adhering to pandemic protocols.

“I'm actually going to go over to his house and we're going to sit outside, you know, 6 to 10 feet apart with masks on, but I think it'll be nice for him to visit in person,” Selesky said.

Patel says that she appreciates the program since it enables medical students to see classroom knowledge be pragmatically applied to clinical situations, thus solidifying their goals of becoming health care providers as they complete their rigorous studies.

“It really humanizes medicine,” Patel said. “It can be really hard in med school, with all this information being thrown at you, to keep in mind like why you're doing it.” 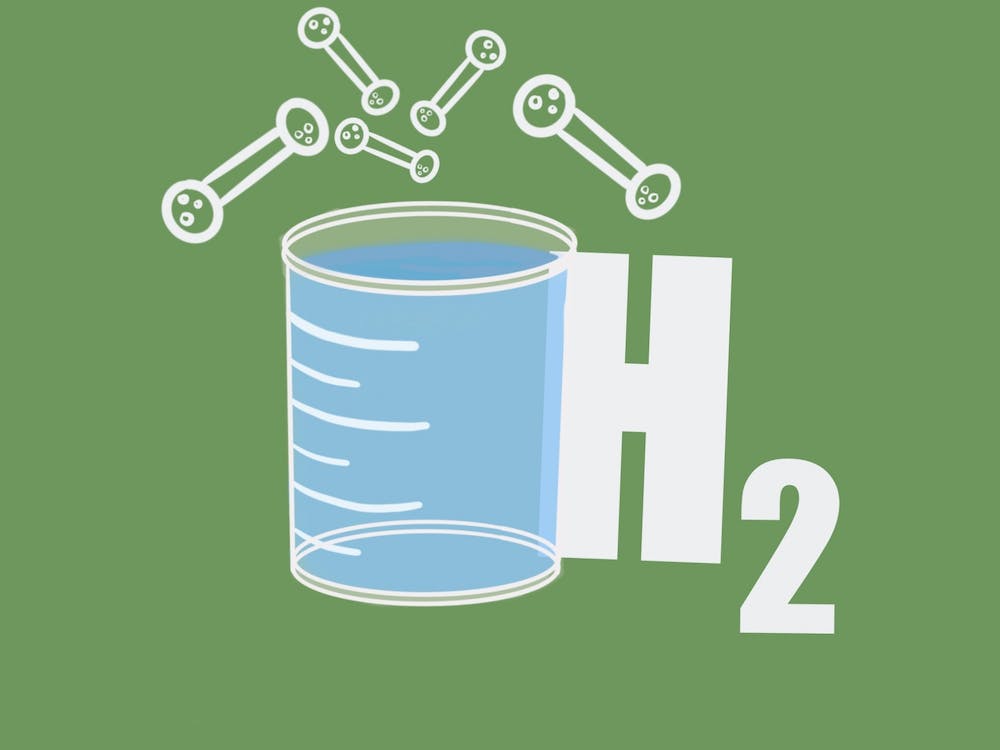 The U.S. Energy Secretary has awarded a University research team a $3.7 million grant.

By Alexa Clark and Katie Treene | 4 days ago

According to a recent U.Va. Health study, premenstrual symptoms affect a significant number of those who menstruate, with about a third of the study’s participants reporting that PMS affected their daily activities each menstrual cycle.

As Virginia heads down the path toward easy access to legal marijuana, communities are now grappling with what this means for their health and the health of their children.