During a typical year, students living in Brown College, International Residential College and Hereford Residential College would enjoy spending time together, sharing their meals and embracing the living-learning community. This year, however, looks very different.

University public health restrictions have required masks to be used by everyone on Grounds and banned gatherings over 10 people, making it impossible to hold community gatherings as is done in a normal year. Additionally, several residential college buildings have been converted into quarantine housing, including the IRC and Shea House, which typically house around 375 students combined.

Hereford Residential College Principal Karen Inkelas addressed how this has been a challenging year to foster a sense of community.

“We made the decision to put on the shelf some of our larger events that we knew would gather more than 10 people typically — like movie on the hill and we usually do things like retreats at the beginning of fall — because we couldn’t figure out a way to do that in person and also maintain social distance guidelines,” Inkelas said. “We have been doing some things online which have been hit or miss — it kind of depends on what they are.”

Hailey Joyce — third-year College student and Brown College Grand Poobah, a student leader who coordinates with the administration and Hill Staff and co-leads the residential college’s governance board — also expressed some of this year’s obstacles due to COVID-19.

“It’s been difficult for sure because Brown very much has its own culture, and it’s very social and everybody’s very tight knit. And so it’s been difficult for everybody to have to choose who’s gonna be within their unmasked group, basically, and what they’re gonna do,” Joyce said. “But everybody’s been doing really well. We’ve had three testing sweeps in which no one in Brown has tested positive, so it's really just us holding each other accountable.”

Although these restrictions make it difficult to experience a normal semester in any of the residential colleges, students and administrators are working hard to translate events to virtual formats or hold them while following social distancing guidelines.

Joyce described some of the modified events Brown College has been able to host.

“Almost every single night, there’s like a Discord event or there’s a Zoom thing — we play Among Us, there’s movie nights, there’s trivia,” Joyce said. “The [new resident liaisons] have transfer talks, and there are Zoom parties and everything. We still have our big little program and we’re encouraged to reach out to them every once in a while and make sure they’re doing well.”

Brown College was also able to host a modified version of its staple event, Hauntings on the Hill, on Halloween, in which students build and staff their own haunted house to benefit charity. This year, the students made sure all the actors were six feet apart, wore masks underneath their costume masks and had guests sign up to walk through in pairs.

“Usually that’s one of our huge events during the semester,” Joyce said. “To maintain some sense of normalcy, we still put it on. Plus it was on a Saturday so we wanted to provide alternate programming during Halloween from some of the probably more unsafe things that were going on.”

To help ease the first years’ transition during such an unprecedented time, Hereford Residential College added a new one-credit course solely for first-year students to learn more about what a residential college is and about the community of Hereford specifically.

“Students, unfortunately, are not able to interact in the way they could in the past,” Inkelas said. “So in some ways, that course served as a way for our first-year students to meet each other because otherwise they’re on different floors or different buildings and they may never cross paths because it's not really encouraged at this point to do so. So that’s one way that we intentionally try to foster a sense of community.”

Unfortunately, the IRC was abruptly closed right before the semester began to make space for more isolation and quarantine housing, leading residents to be assigned to different dorms across Grounds and making it virtually impossible to host any in-person events. However, the IRC has adapted by hosting virtual events like online game nights, discussions about politics and current events and Zoom dinners with interesting faculty and staff like former University President Teresa Sullivan.

IRC member, described his experience after having attended several of these in-person events.

“I’ve loved every event that I’ve gone to because, for the most part, they’ve established a little bit of normalcy and routine to my schedule away from the computer screen,” Lansing said.

This was disappointing to many students, including Mae Hovland, third-year Architecture student and minister of community operations for the IRC.

“Obviously we don’t have an in-person community this year with being shut down, but we’ve had some online meetings,” Hovland said.

Although Zoom is a great way to maintain connection safely, especially to include students who were not able to return to Grounds this semester, students have also expressed Zoom fatigue. Jay Meoung Choi, second-year College student and co-consul of Hereford Residential College, described some of the difficulties faced when planning events on Zoom.

“We used to have game nights and stuff like that, but ... Zoom is very bad, like it’s tiring,” Choi said. “We tried having virtual events, but it didn’t really get a great response from the students because they were tired of Zoom … people didn’t like to use Zoom, even during the weekends.”

Although it has been a challenging year for everyone, residential colleges have still found creative ways to maintain a sense of community. For example, Hereford typically hosts a bi-weekly event called Dumplings with Huoban in which students enjoy dumplings and discuss Asian American themes with Caren Freeman, Hereford’s director of studies and anthropology professor. This year this event is held on Zoom, but students are still able to pick up individually-packaged dumplings for the discussion. In Brown College, students have hosted several socially distanced bonfires and enjoy community-made playlists.

“In some respects I think because we can’t form a community in typical ways this year, it’s really underscored what residential colleges are good for,” Inkelas said. “Because this is one of the few places you can form a community, even under the extraordinary circumstances we find ourselves in. It really showed me what the real purpose of Residential Colleges are. Because we’re able to do this even under very difficult, challenging times.” 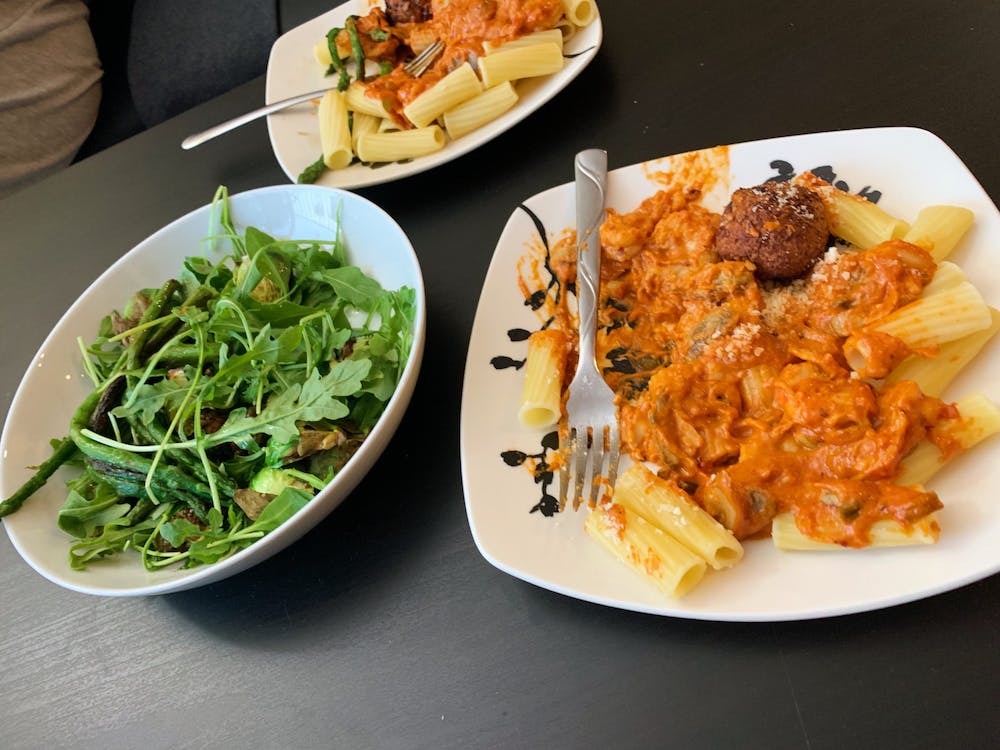 Few masks seen at football games, except on members of the Cavalier Marching Band

By Zach Rosenthal | 2 days ago

9/11 memorial created by Young Americans for Freedom at U.Va. vandalized