WHITE: White supremacy has always been part of U.Va.

The denial of this is sufficient proof that the University should work harder to educate past, present and future students of its racist history

America in general does not properly educate its students on the full extent of Black history and slavery — there is so much left uncovered due to rampant white supremacy and misogyny throughout the country. Therefore, many Americans do not realize just how dehumanizing the landscape of slavery and racism in the country was. To really think about it deeply would require acknowledging the full experiences of  enslaved laborers —  including rape, family separation and whippings as payment for their labor. Furthermore, there exist even more horrifying realities, like babies being used as alligator bait and skin being used as leather to make shoes and other goods.

Historically, the University is not exempt from this disgusting past. Slavery and white supremacy have always been present on Grounds and there has not been a sufficient attempt at educating students, staff and alumni on this fact. The dehumanization of Black people is ever present and it is imperative for the University to break the pattern of ignoring this shameful history.

Almost all that I have learned about the University — before doing my own research — has been through word of mouth by other students. And even then, there was still so much to uncover about just how deep racism runs on Grounds and its place at the root of the University’s foundation. While attempting to research this history of racism, I found it difficult to even find sufficient information on a topic everyone should know about. Because of this I am using UVA Today's series “UVA and the History of Race” as my main source.

Many say that the University was a “product of its time” — but this is a phrase born of ignorance, and it is no excuse for its thoroughly racist behavior and its landscape of white supremacy. We all know that a history of “enslaved laborers” working to build the University exists, but many people do not know the history of minstrel shows, performative lynching, eugenics, the presence of the Ku Klux Klan and the removal of Native Americans on Grounds.

White supremacy transgresses all people of color. Thinking back to the beginning of America, the first colonizers worked to destroy Native populations, forcibly stealing land and killing millions of Native Americans for this purpose. In order to build the University, Thomas Jefferson displaced the Monacan Tribe. Our founder believed Native Americans were savages and that they should be dealt with as such. When we talk about race on Grounds, we are very quick to talk about the implications on the Black community, but slow to discuss the impacts on other people of color. It is vital that we begin to have conversations and work to bring awareness on the treatment of all BIPOC students at the University through time.

Even though the effects of slavery at the University are discussed, there is much still to be uncovered. There is a deep history of dehumanizing African Americans through blackface minstrel shows and other stereotypes at the University. Students would also often have parties honoring an imagined “plantation” past and have protest lynchings-in-effigy that included blackface. There was a chapter of the Klu Klux Klan on Grounds from the 1920s to 1930s following the release of the 1915 film “Birth of a Nation” and a resurgence of KKK activity in Charlottesville. Eugenic science also flourished on Grounds and contributed to the design of structural racism in healthcare, and explicit and implicit racial bias among generations of physicians and other health professionals.

Members of the Charlottesville and University community were more than willing to participate in the national resurgence of public and celebratory white supremacy through the KKK — this is indicative of a culture that has been known to be passed down through families. Because racism is learned behavior, this is cause for much concern. Furthermore, while blackface is a practice that is often seen as unharmful and nonviolent, it is still worthy of much attention. Though such practices were popular at the time, they were still incredibly harmful, especially the performative faux lynching. Thomas Jefferson himself being an avid supporter of eugenics could be evidence enough to prove the root of white supremacy at the University.

Something I have already talked about is the microaggressive behaviors shown through both students and faculty at the University. In 2002 students wore blackface to a costume party. Other forms of racial cultural appropriation have occurred as recently as the beginning of the 2019 spring semester, when images circulated depicting students wearing Native American and other attire. Just a few months ago a Zoom meeting of the National Pan-Hellenic Council was hacked by a person yelling racial slurs. This behavior is evidence of the need for the University to do a better job in educating its students and alumni and work towards changing the social landscape as far as race relations.

Even in the comments of most of my columns, ignorant and racially charged messages have been thrown at me by alumni who see my telling truth as a threat. I am not exaggerating or asking for too much in my columns as a result of the dehumanization and suffering of people of color by those in charge of the University. Women and men were raped, beaten and killed as if they were animals, so a monument is absolutely not going to fix it all. How are you going to tell someone they are doing too much when all they want is to balance the scales? And why would I leave? I love this school and want to see it do better.

Aliyah D. White is an Opinion Columnist for The Cavalier Daily. She can be reached at opinion@cavalierdaily.com.

EDITORIAL: Next semester is not going to be any easier — U.Va. must prepare itself

The twists and turns of the fall’s horror movie are fading — we can’t let there be a sequel. 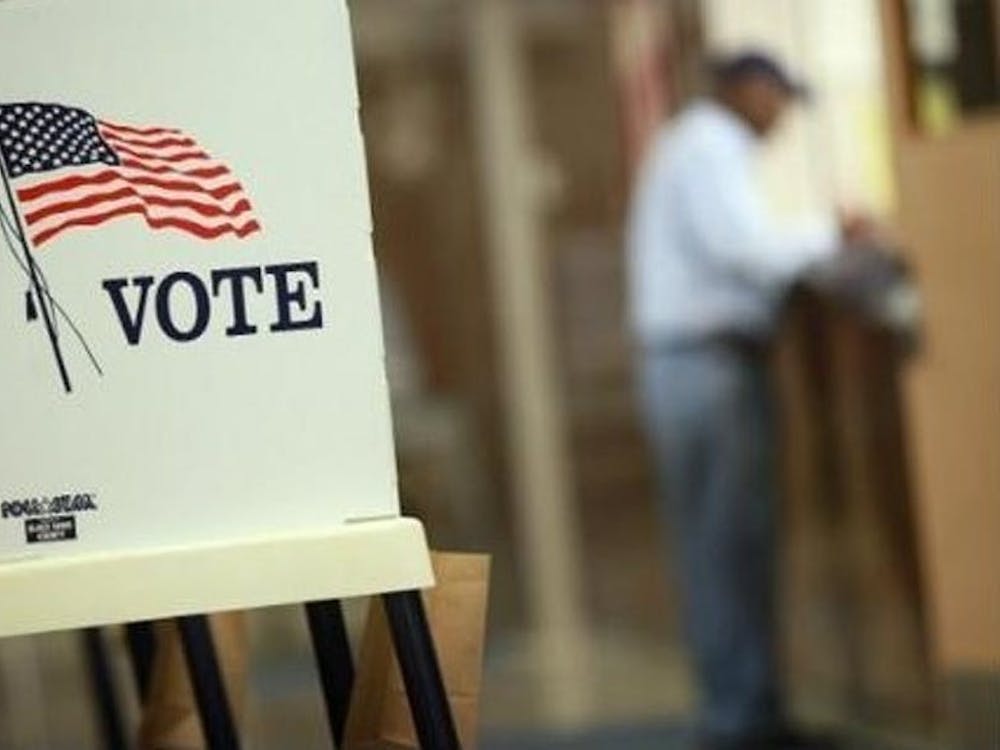 For almost 73 million people to have voted for Trump is a troubling testament to the number of American citizens that are misinformed and easily swayed by a politician they idolize.