Participation in student organizations is an essential part of our education, so the University has an obligation to ensure equal access to them

America is often heralded as the land of opportunity, but for many, this opportunity comes at an unaffordable cost. For some Americans, the hardest choice when it comes to college is not which college to attend, but rather whether or not to attend college at all. Going to college opens doors but can come with crippling debt, while not going to college is free but almost ensures financial stagnation. Luckily, financial aid exists to combat this problem. Financial aid makes college a possibility for millions of Americans and thus deserves our celebration.

Financial aid does a good job of getting people in the doors, however, it does little to combat the inequality that exists amongst the lives of students here at the University. Ability to pay tuition is just one facet of an equal college experience, and there are many luxuries that wealthier students have access to that poorer students do not. Some of these are unfortunately out of the University’s control, but the latter is not. The University should thus expand financial aid to cover the dues associated with CIO’s. This would promote equal college experiences and even equal access to education for the student body. More specifically, students who receive financial aid should be able to request funding for whatever student organization of which they want to be a part.

One could argue for covering club dues on the grounds that they are an essential part of a student’s college experience, and that therefore everyone should have access to them. I think this is a strong argument, but I think the case to be made extends beyond this. Not only are clubs an essential part of a student’s college experience, they are also an essential part of their college education. The University is an institution founded on the idea of liberal arts — the notion that an individual is not truly educated until they have immersed themselves in multiple academic disciplines. If the University’s goal is to create truly educated, well-rounded students, then it needs to prioritize exposing its students to different academic disciplines and also enable them to learn different lessons about the world that cannot be taught in an academic setting. In addition to learning about science, history, politics and literature, students need to learn how to effectively organize, work with each other, promote a certain cause, socialize in large groups and discover their passions. All of these are essential to being a truly educated and productive member of society, but none of them are taught exclusively in class. Student organizations, especially at a school with as much involvement as the University, serve as the primary means of learning these lessons that ultimately shape us as adults.

Further, having financial aid cover club dues benefits both those receiving the financial aid and even the clubs themselves. Currently, finances may serve as a barrier for some students to join certain clubs. To the extent that it does, these clubs will not be accessible to potential members. Perhaps someone who would have contributed to a club would not have even tried out because of the financial barriers involved. If this is the case, the clubs themselves miss out just as much as those who can’t afford them. Allowing everyone equal access to clubs also brings added economic and racial diversity to clubs which may have been historically homogenous, improving the clubs themselves and making them more inviting for all people.

Although there probably aren’t many opponents of promoting equal access to student organizations, some might argue that having financial aid cover them is redundant. After all, club dues are already largely affordable, and some organizations pay for those who cannot afford dues. This does not mean, however, that financial aid should not be involved. Not every club is capable of paying for their members’ dues, and even those that are could be spending that money on other things that benefit the organization. Even if there was just one student who benefitted from this funding, the University has an obligation to care and make clubs accessible. After all, they are a part of student education, and the goal of financial aid is to provide equal access to education.

Sam Mattingly is an Opinion Columnist for The Cavalier Daily. He can be reached at opinion@cavalierdaily.com.

WHITE: Rubber bullets and tear gas are reserved for BLM

A group of peaceful human rights activists would probably be shot dead before they could even reach the doors, meanwhile a group of extremists made it far enough to take photos and leave notes at House Majority Leader Nancy Pelosi’s desk.

PRESTIPINO: An open letter to Chi Alpha and the University community

I stand with members of the Student Council in questioning whether Chi Alpha should maintain its CIO status if it will not allow openly LGBTQ+ students and allies to maintain leadership positions. 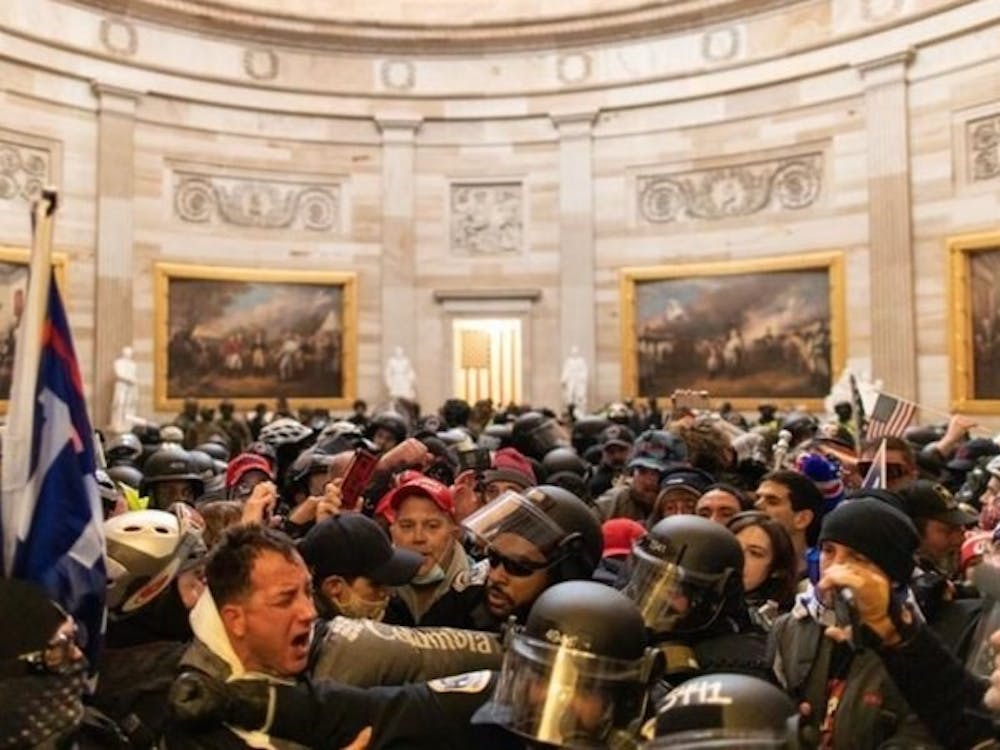 While the removal of unfit politicians from our government may not prevent further insurgence of extremism, it is a necessary step in the right direction.